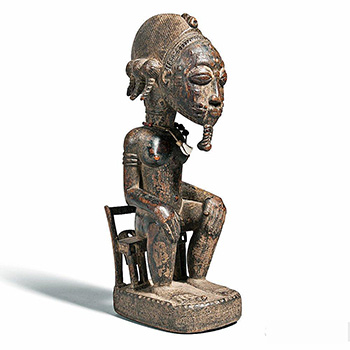 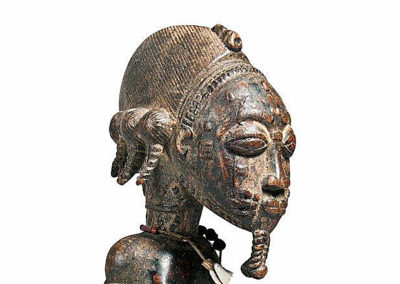 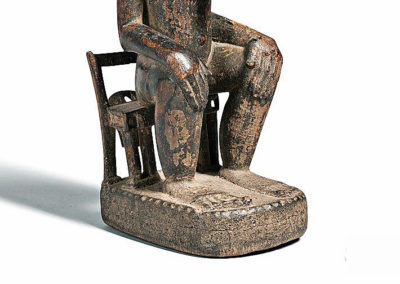 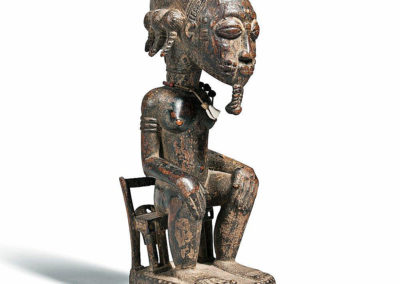 Fine Baule Seated Male Figure. With the forearms carved free of the body and the hands resting on his knees. Scarification about the face, neck and back, incised coiffure. On tall stool with narrow support. The feet on circular base. With nice cowry shell and bead necklace. 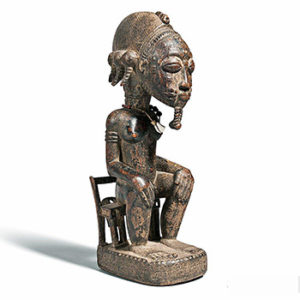