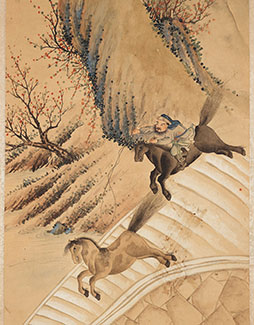 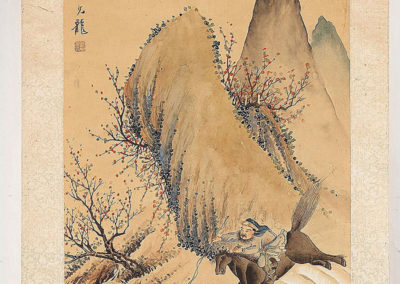 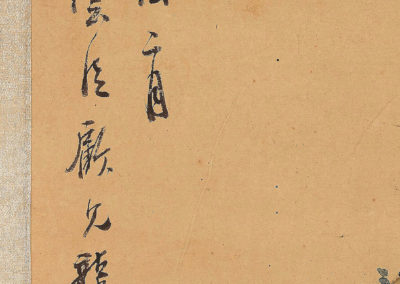 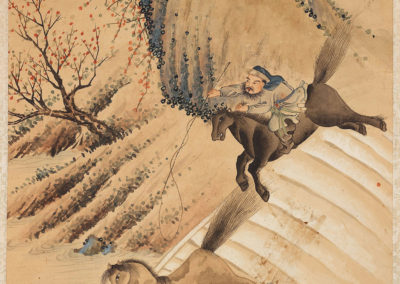 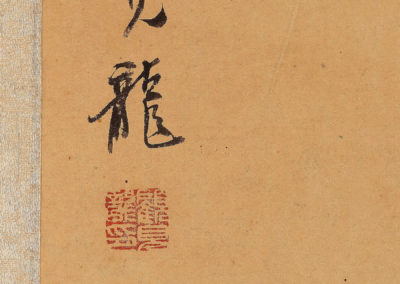 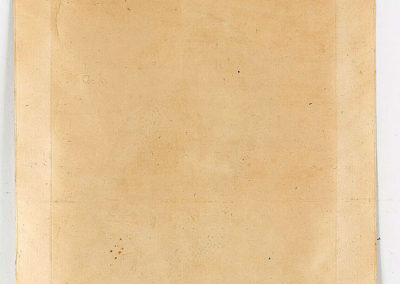 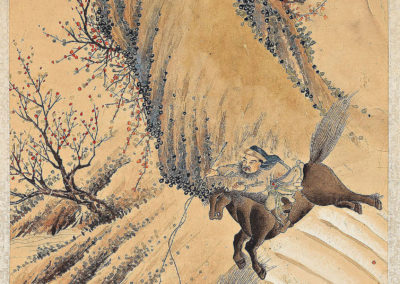 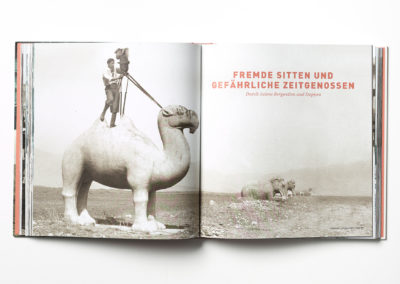 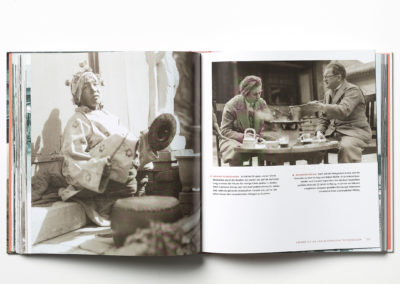 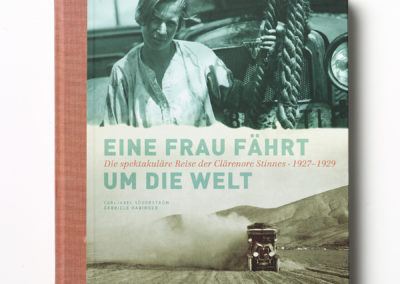 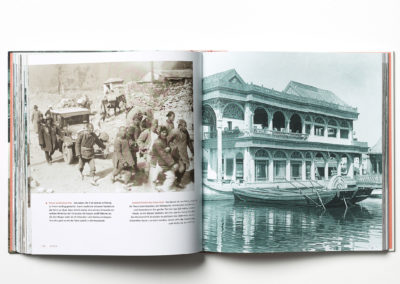 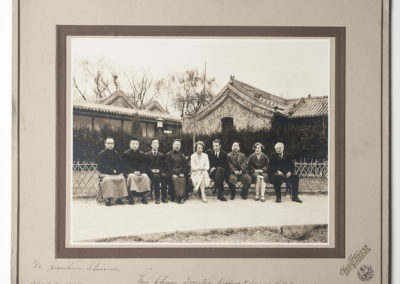 Fine Large Chinese Scroll Painting. From one of the oldest and best European private collections

A Fine and large Chinese scroll painting, sign or seal on top left side.

Depicting a man on a horse persuing a wild horse.

After their happy return Carl-Axel Söderström was divorced; Söderström and Stinnes married and settled in Sweden on an estate, where they raised three of their own and several foster children. In later years they spent some time of the year in Irmenach (Germany). Söderström died in 1976, aged 83, while Stinnes survived her husband by 14 years. The pieces were acquired during their trip and has been in the family every since.

The paper frame is losing paper. For the rest the painting in good condition, the wooden frame and the paint as well.

The painting is in good condition (small crack to the right upside). Please be advise that the scroll and the frame (wood, paper and paint) are original. Most of the paintings on the market have lost their original scroll and color and they have been framed. This lot is absolutely with all original elements. Also some wear. For its age good condition. 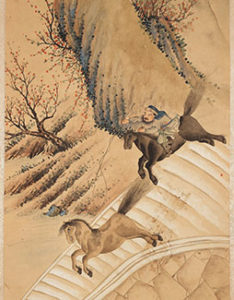