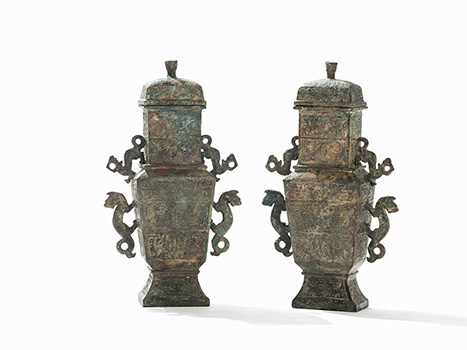 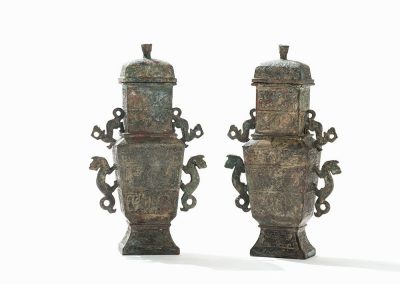 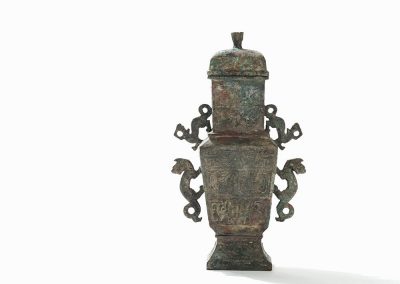 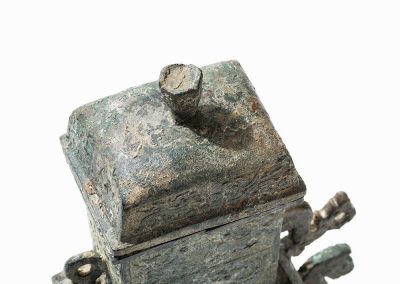 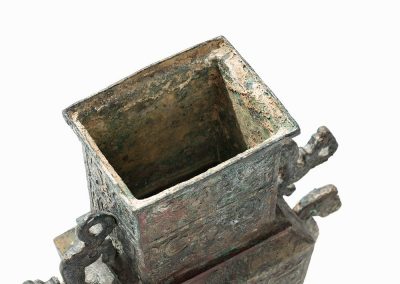 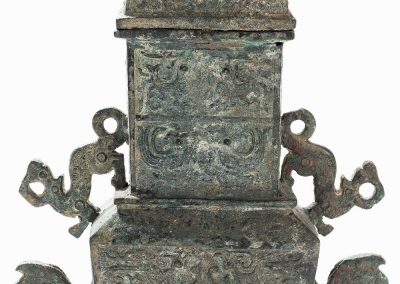 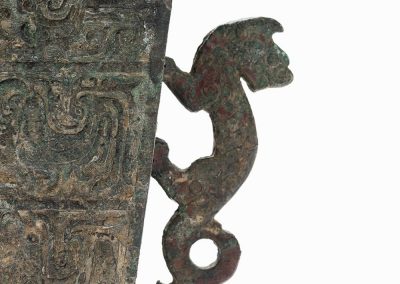 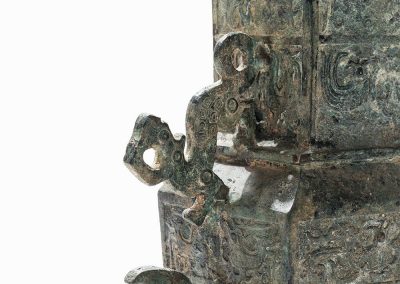 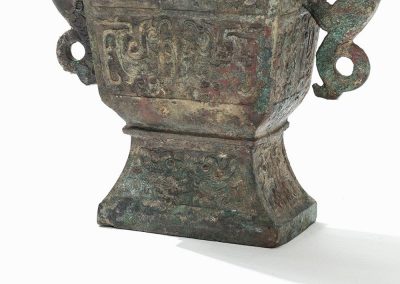 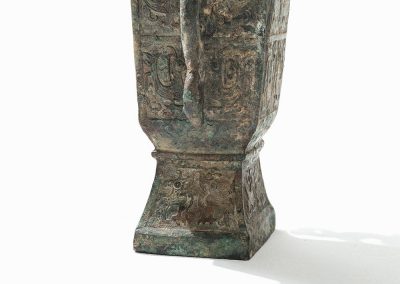 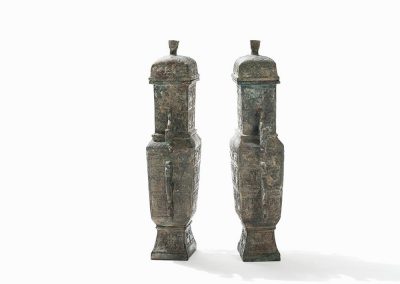 Archaistic Bronze Vases FANGHU. Bronze, heavily patinated, partly with incrustations. Pear-shaped square body modeled after archaic bronze vessel FANGHU. Each carried by a rectangular foot. Stressed shoulder with a rectangular neck and matching cover. Handles in the shape of mythical beast flank the sides
The body is decorated on all sides with various birds on an ornate base
Good condition

Sets of ritual bronzes are the most impressive surviving objects from the Chinese Bronze Age. Being from around 1650 BCE, they were deposited as grave goods in the tombs of royalty and the nobility, and were evidently produced in very large numbers, with documented excavations finding over 200 pieces in a single royal tomb. They were produced for an individual to use in ritual offerings of food and drink to his ancestors in family temples or ceremonial halls over tombs, or rather ritual banquets in which both living and dead members of a family participated; early literary records speak of these. On the death of the owner they would be placed in his tomb, so that he could continue to pay his respects in the afterlife; other examples were cast specifically as grave goods.

The ritual bronzes were probably not used for normal eating and drinking; they represent larger, more elaborate versions of the types of vessels used for this, and made in precious materials. Apart from table vessels, weapons and some other objects were made in special ritual forms. Another class of ritual objects are those, also including weapons, made in jade, which was probably the most highly valued of all, and which had been long used for ritual tools and weapons, since about 4,500 BCE.

At least initially, the production of bronze was probably controlled by the ruler, who gave unformed metal to his nobility as a sign of favour.

From Wikipedia, the free encyclopedia