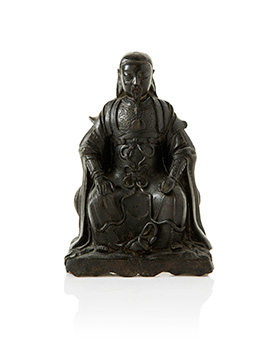 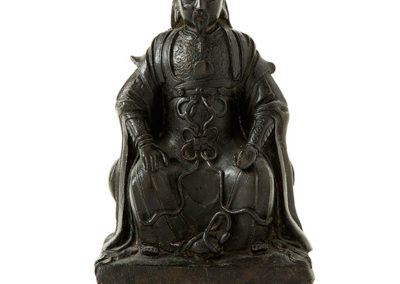 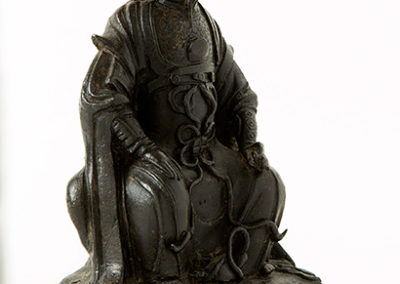 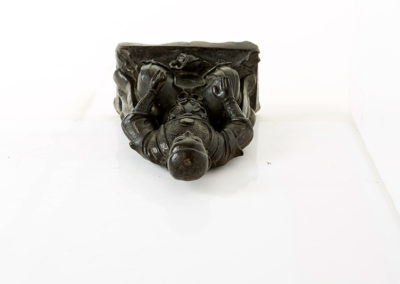 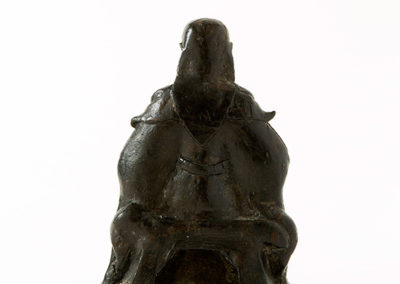 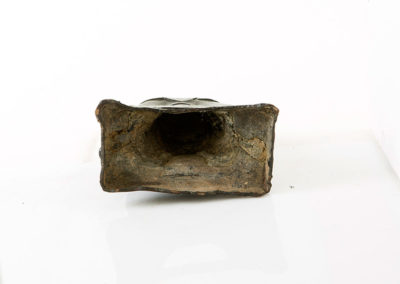 Fine Bronze Figure Zhen Wu, seated in European fashion on a stepped, throne with to the front the tortoise encompassed by the coiling snake. His right arm in a mudra while the left rests on his upper leg. Wearing wide-sleeved mantle secured with a broad belt, falling in large pleats over the legs revealing his naked feet. His face displaying a sever expression with slit eyes below arched eyebrows that run into the nose-bridge and his hair combed backwards.

Since the usurping Yongle Emperor of the Ming dynasty claimed the help of Xuanwu during his successful Jingnan Campaign against his nephew, he had Taoist monasteries constructed in the Wudang Mountains of Hubei, where Xuanwu allegedly attained immortality.

One story says that Xuanwu was originally a prince of Jing Le State in northern Hebei during the time of the Yellow Emperor. As he grew up, he felt the sorrow and pain of the life of ordinary people and wanted to retire to a remote mountain for cultivation of the Tao. 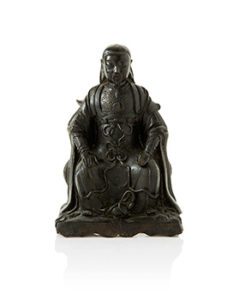