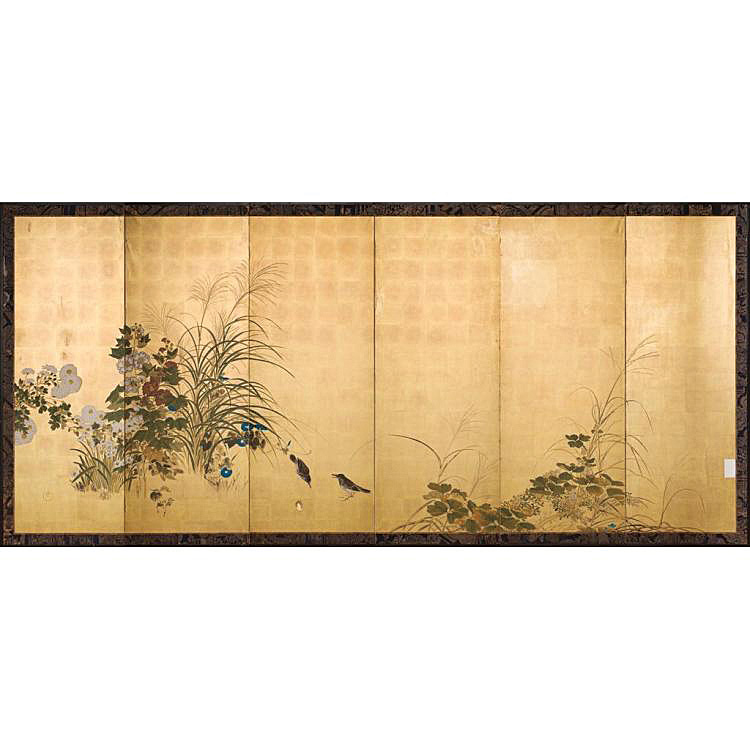 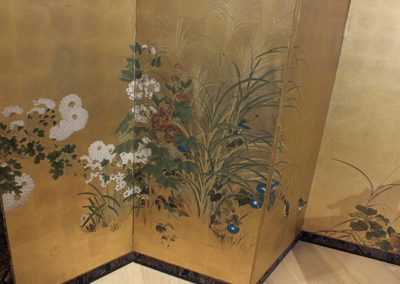 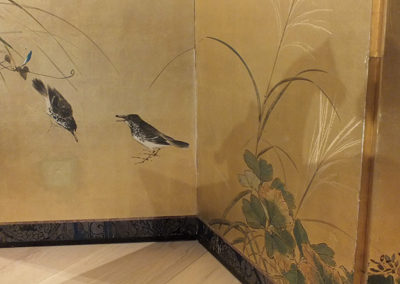 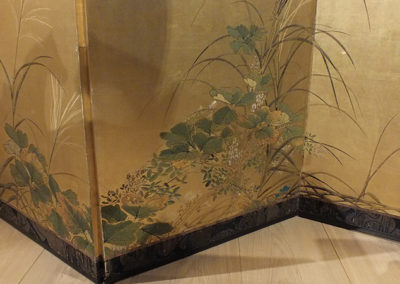 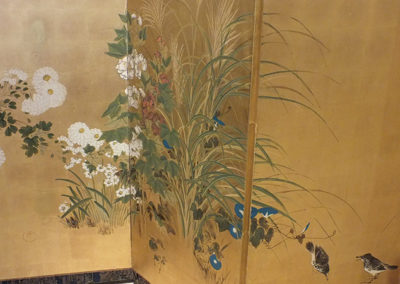 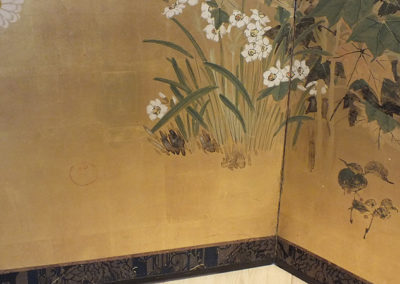 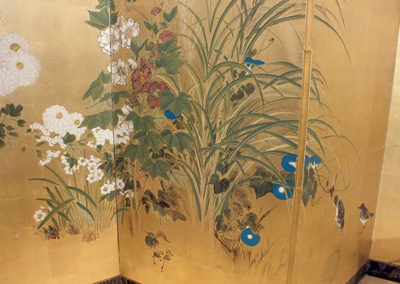 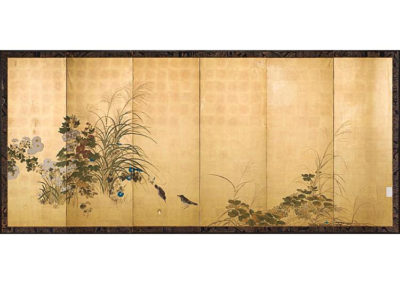 Signed, one seals
Ink and color on paper

FINE JAPANESE FOLDING SCREEN, ink and colour on gold paper ground, painted with a pair of birds wading in shallow water amongst chrysanthemums, peonies and irises

Like many Japanese arts and Japanese crafts, folding screens originated in China; prototypes dating back to the Han dynasty have been found. The term “byōbu” figuratively means “protection from wind”, which suggests that the original purpose of byōbu was blocking drafts. Byōbu were introduced in Japan in the eighth century, when Japanese craftsmen started making their own byōbu, highly influenced by Chinese patterns. Through different Japanese eras, byōbu evolved in structure and design, along with the techniques and materials used: 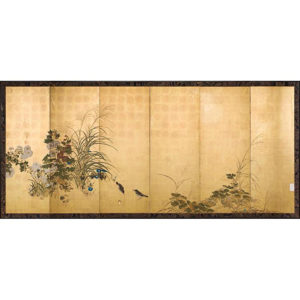