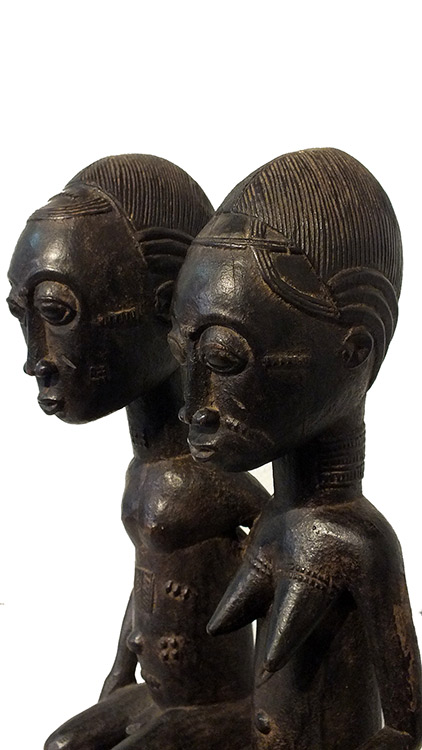 Magnificent Ancestors Baule Couple, seated on a stool with crenellated legs, with elongated feet beneath elongated bent legs and columnar torsos, both with narrow shoulders, with elongated necks and immense heads, pursed raised mouths beneath coffee bean eyes, and both wearing an ornate backs-wept multi-crested coiffures, raised scarification on the backs, temples and across the foreheads, heavily encrusted black patina. The attitude of the two characters, arms along the body, releases
an atmosphere of great wisdom and serenity.