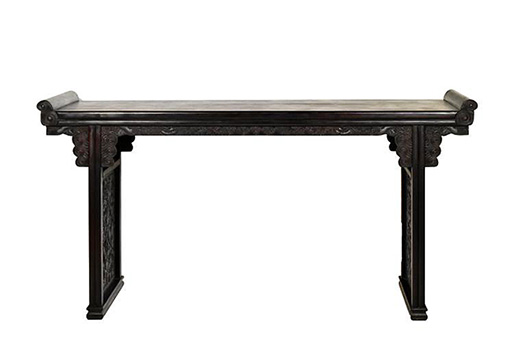 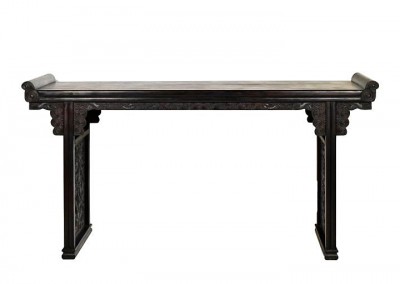 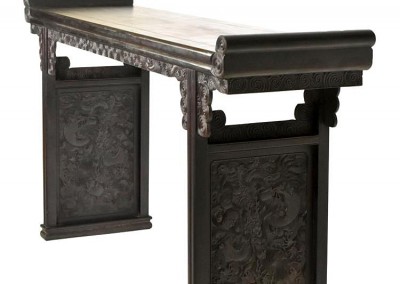 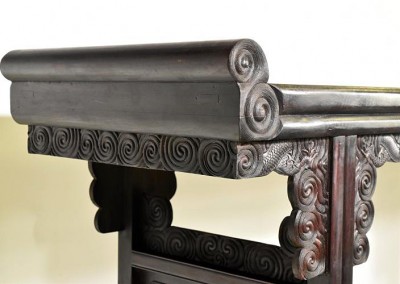 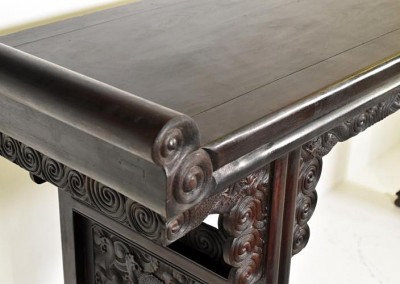 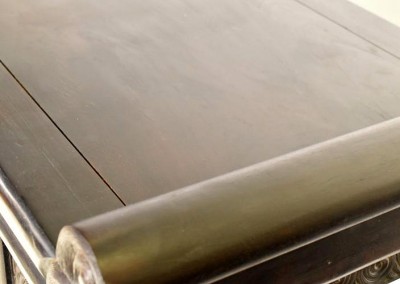 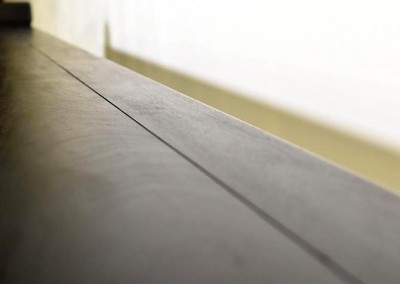 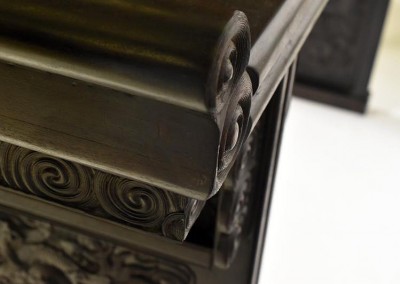 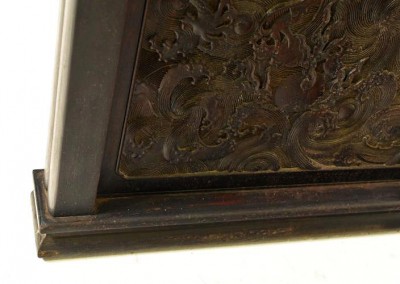 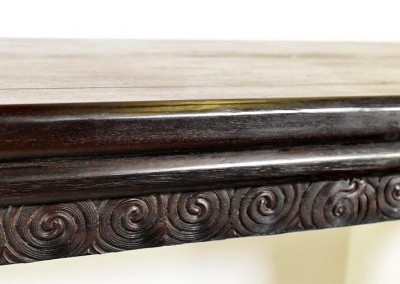 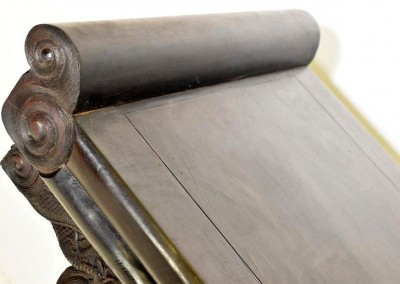 MASSIVE ZITAN ALTAR TABLE. This massive Zitan altar table has classical proportions. The relatively wide surface could have been used as a desk or altar table, as is suggested by late Ming woodcuts.

The table top is made of a massive thick plank, and the aprons and legs are also of substantial proportions. The aprons are lightly raised in relief with dragon heads sprouting ruyi-shaped horns and finished with broad, smooth surfaces. The legs are crisply molded with convex and concave surfaces. The thick and panels are pierced with a design of confronting dragons in a sea of curling waves; the curving style is uniquely smooth and rounded. 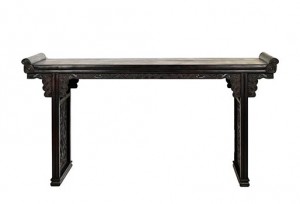