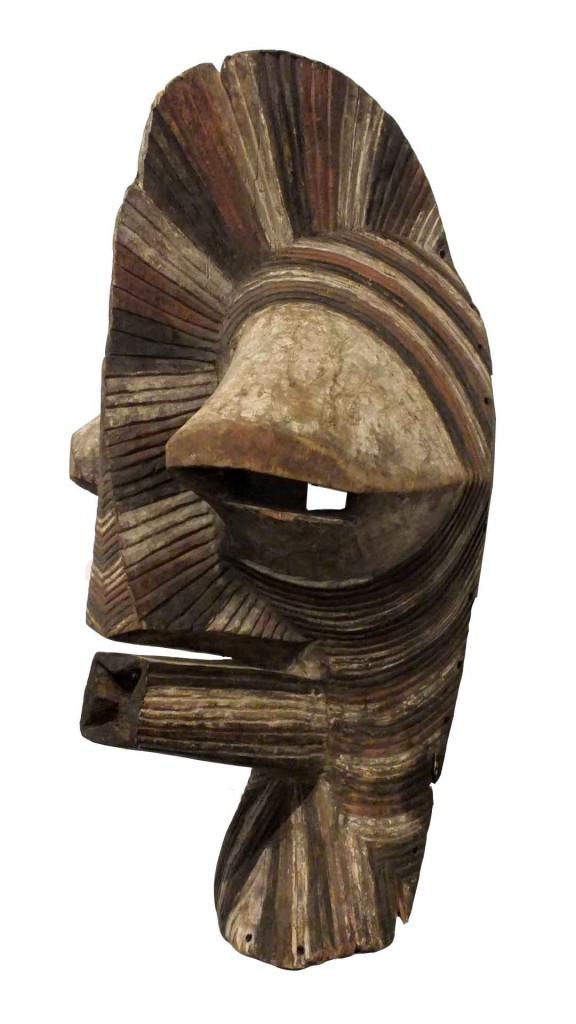 For a vary similar example, see Segy 1976: figure 220, and accompanying text which reads, “This is the kifebwe mask, attributed also to the Baluba tribe. Impressive shapes, the nose forming part of a crest like hair style, enlarged eyelids, a protruding, boxlike mouth, and lineal ornamentation, often in red and white, on the entire surface characterize this mask. It embodied supernatural force. The Kifebwe society used it to ward off disaster  or any threat. It was worn at ceremonies honouring a dead chief, at the installation of a new chief, and at the welcoming of important visitors to the village. It had the capacity to heal by means of the supernatural force it was supposed to incorporate. The ritual exorcism consisted of holding the sick man’s mask while a magician acted as if her were casting in into the fire.