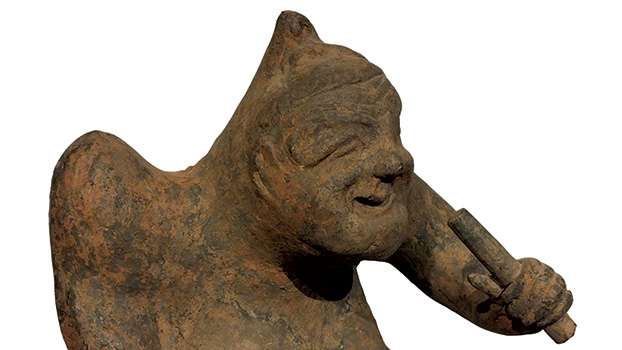 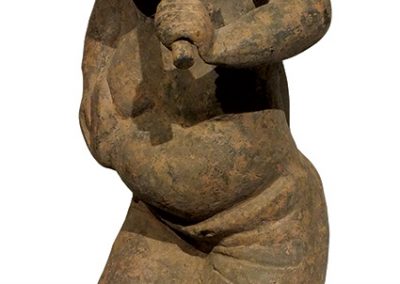 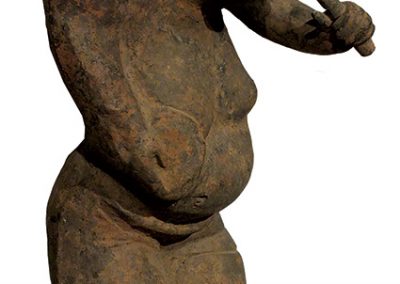 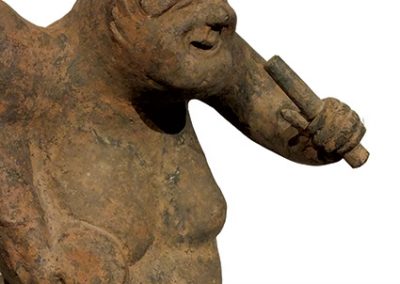 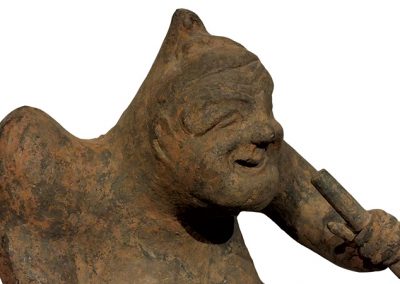 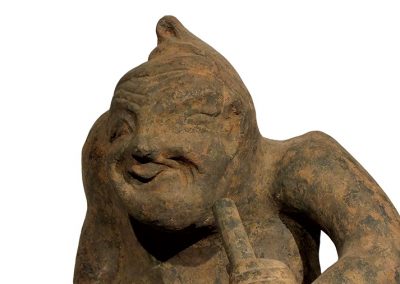 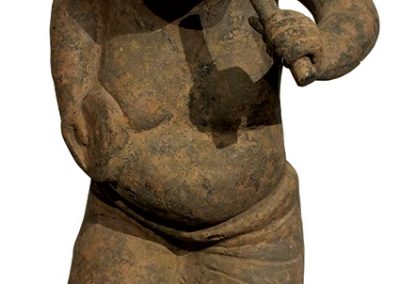 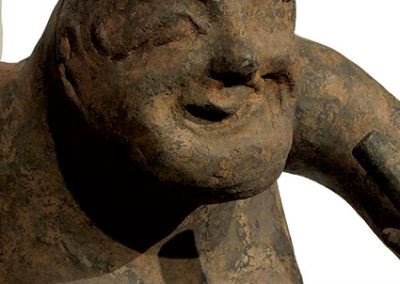 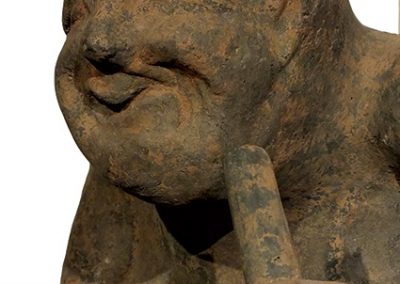 A FINE AND RARE SICHUAN POTTERY FIGURE OF AN ENTERTAINER

The result of thermoluminescence test is consistent wit the dating of this item.

RARE SICHUAN ENTERTAINER, the pot-bellied comic figure shown standing in an exaggerated pose. With shoulders hunched and head tucked down, as if acting out a humorous tale. Gazing intently to one side with his eyebrows raised and his mouth twisted into a grimace. Holding a small circular drum tucked under his right arm and drumstick in his left arm. Wearing a close-fitting cap rising to a hollow point on top of his head. Moulded from coarse reddish clay which has fired to dark grey on the exterior.

The telling and partial acting out of stories in a lively and rhythmic, sing-song manner by a professional storyteller or raconteur has been a traditional form of entertainment in China, popular to the present day.

Compare the pottery figure of an entertainer similarly dressed and in similar pose as if about to strike his hand-held drum, which was excavated in 1963 from an Eastern Han tomb at Songjiacun, Sichuan, now in the Sichuan  Provincial Museum, illustrated in Zhongguo meishu quanji (Compendium of Chinese Fine Arts), Sculpture series, Vol. 2, pl. 109.

Another related example, similar modelled with bare chest, wearing baggy pants and a pointed cap was excavated from a late Eastern Han rock-cut tomb at Dawanzui, Leshan City, and illustrated in Kaogu, 1991, No. 1, pl. 4:2 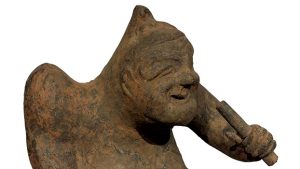