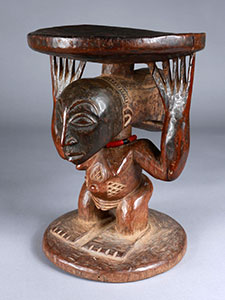 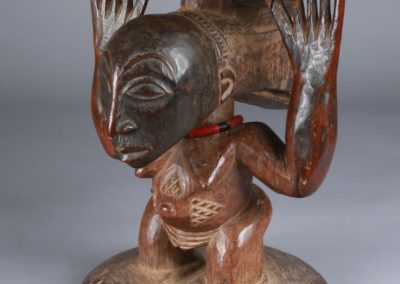 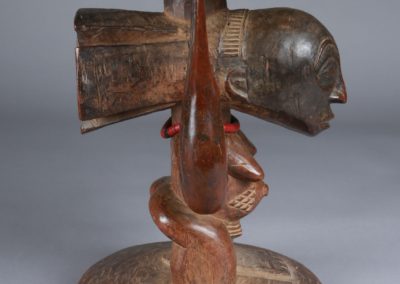 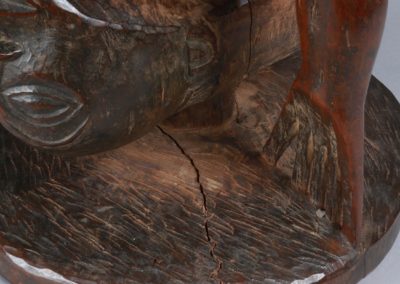 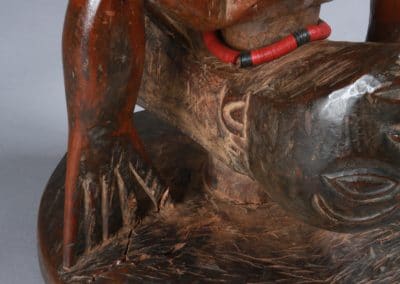 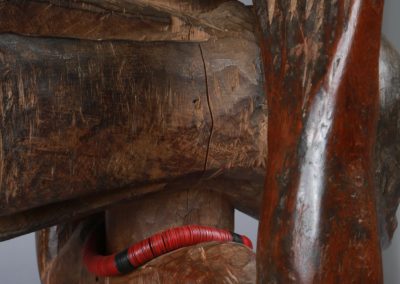 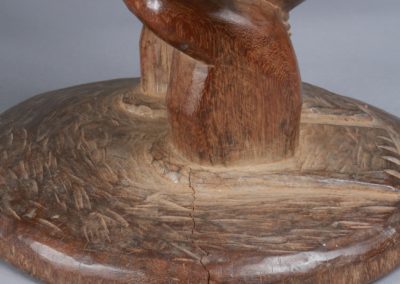 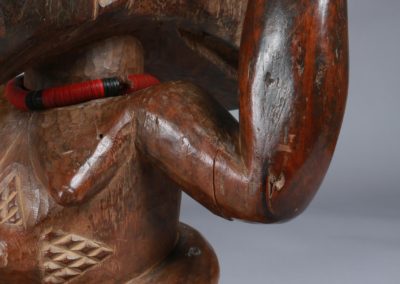 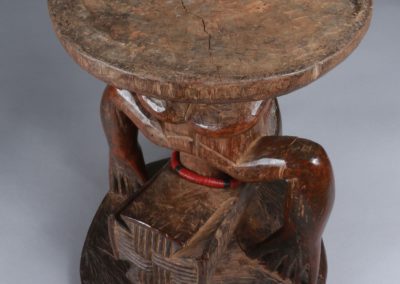 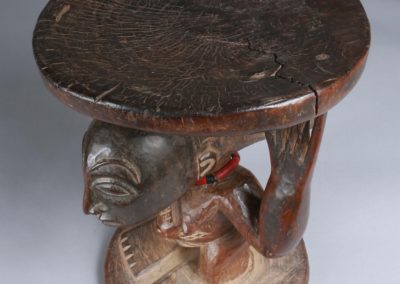 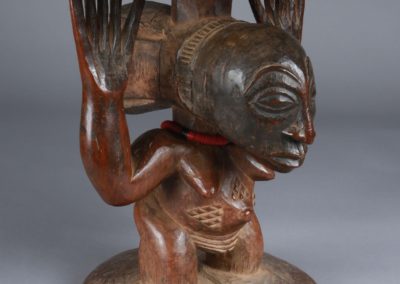 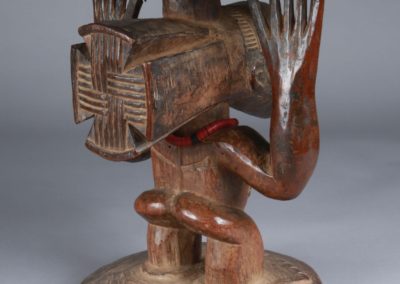 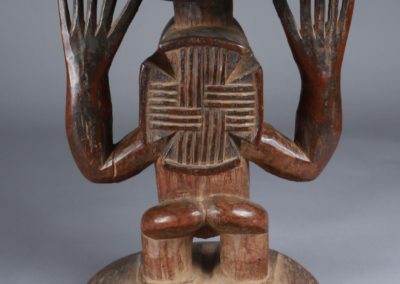 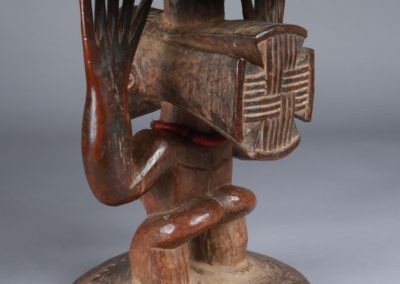 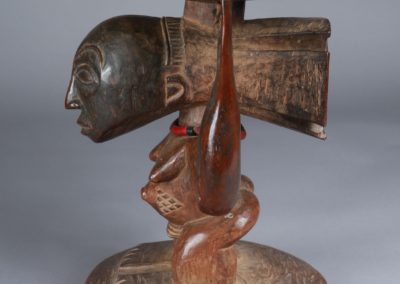 A Hemba Prestige Stool, Caryatid seats symbolized the eternal power of kings. The women depicted played a mediating role between the forces of this world and the afterlife as well as between the power of the king, the ancestors and the spirit world. The use of such seats was primarily reserved for high dignitaries.

*The Hemba people live in villages, recognizing chiefs as their political leaders. A chief will be the head of an extended family of landowners, inheriting his title through the maternal line. Hemba people may also belong to secret societies such as the Bukazanzi for men and Bukibilo for women. The So’o secret society is guarded by the beautifully carved mask of a chimpanzee, which is used in rituals that relate to the ancestral spirits. These societies serve to offset the power of the chief.

Although the Luba people failed to keep the southern Hemba in their kingdom they did have considerable cultural influence. Art forms, including wooden sculptures representing ancestors, are similar in style to Luba sculptures. The Hemba religion recognizes a creator god and a separate supreme being. The Hemba make sacrifices and present offerings at the shrines of ancestors. When social harmony has been upset, religious leaders may demand offerings to the specific ancestors that have become displeased and are causing the trouble. Each clan owns a kabeja, a statuette with one body and two faces, male and female, on one neck. Sacrifices are made to the kabeja, which will convey them to the spirits. A receptacle on the top of the kabeja is used to receive magic ingredients. A kabeja is dangerous to handle.

Complete the contact form below to request more information about: A Hemba Prestige Stool