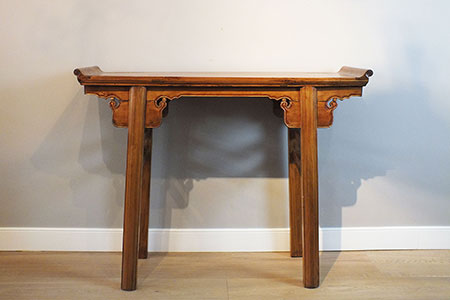 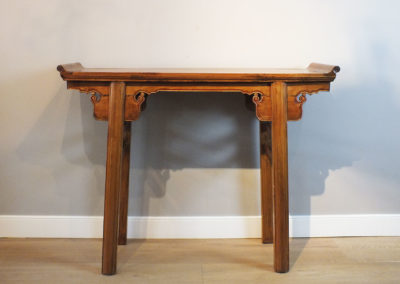 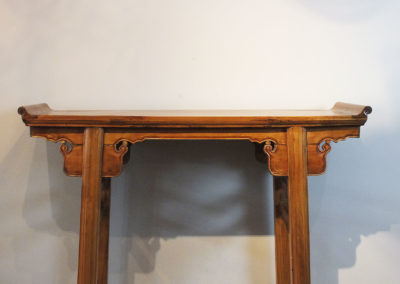 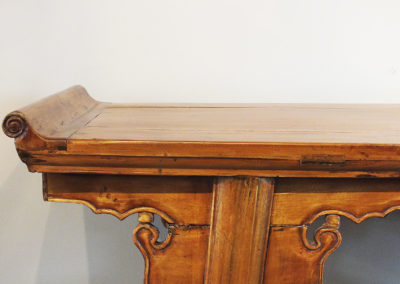 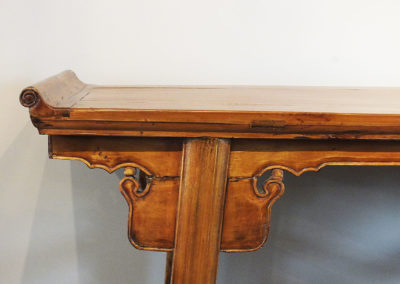 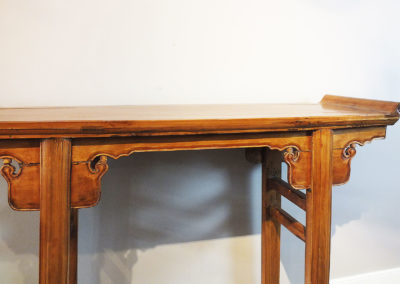 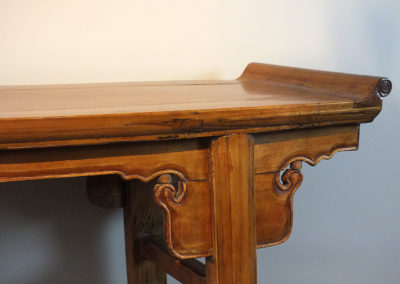 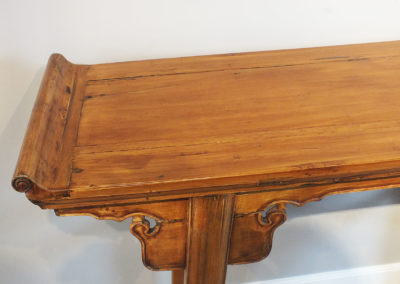 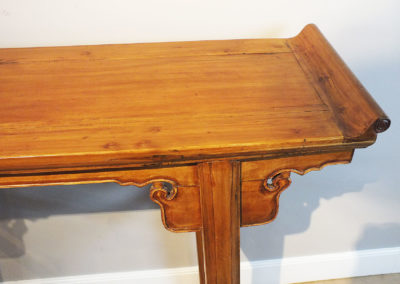 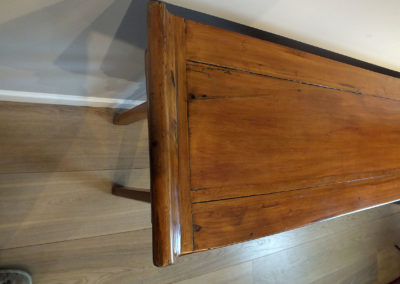 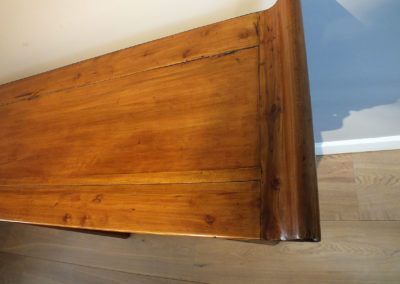 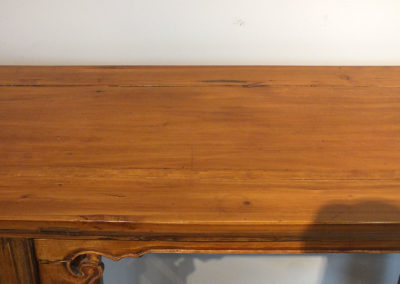 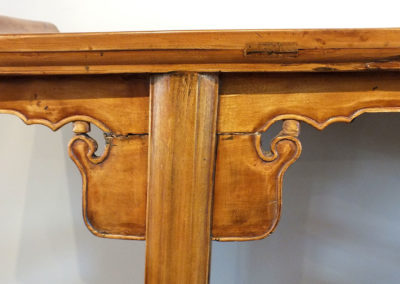 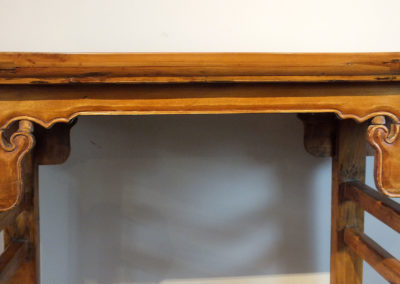 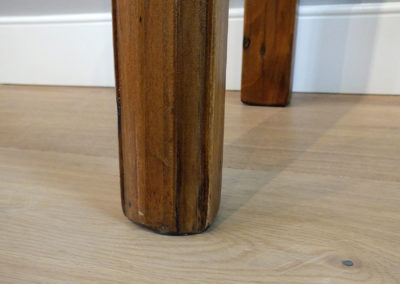 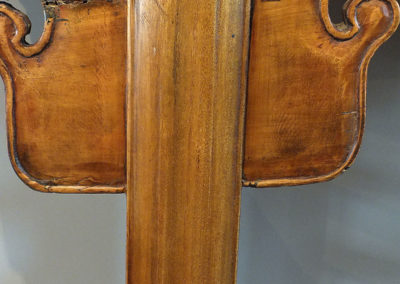 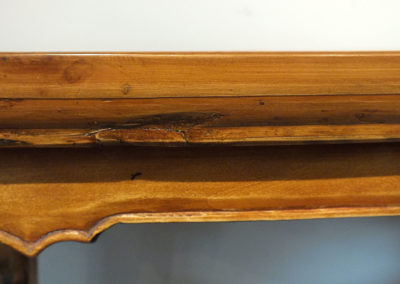 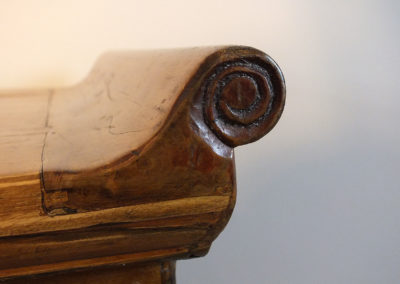 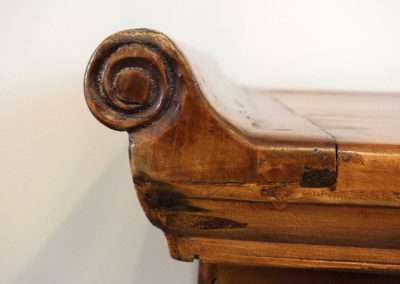 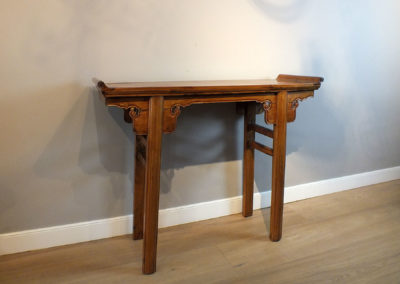 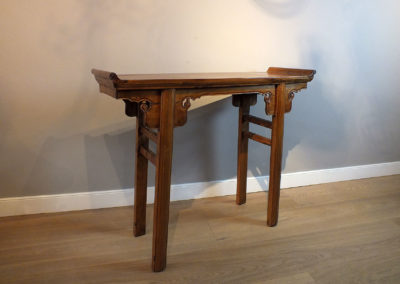 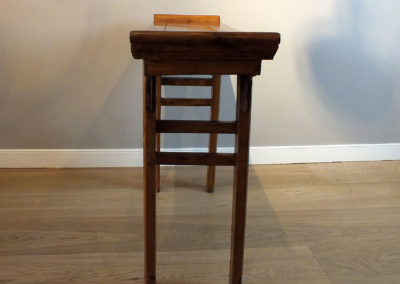 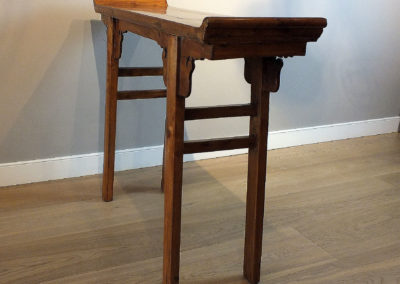 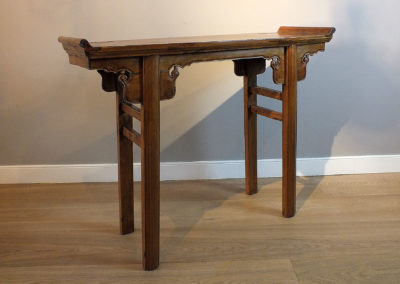 A Chinese Jumu Side Table, BANZHOU

The table with a rectangular solid top having everted ends supported on a square-section legs joined by an apron with ruyi spandrels, the foot and back joined by double struts.

Southern Elm (Zelkova Schneideriana) was a popular furniture-making wood in the Suzhou region. It is distinguished from its northern counterpart (yumu) by a more refined ring porous structure that is apparent in the tangential surface, and by small medullary rays that are visible as fine reflective flecks across the radial surface. Southern Elm is also comparatively denser and stronger.

Southern Elm is widely distributed throughout China with concentrations found in Jiangsu, Zhejiang, and Anhui provinces as well as Korea and Japan, where it is commonly known as keyaki. The arbor reaches 30 meters in height and the trunk, 1.5 meter in diameter.

The sapwood is distinguished from the slightly darker heartwood, which varies in tonality from yellowish brown to coffee-brown. Jiangsu craftsmen traditionally divide jumu into three types: yellow ju (huangju), red ju (hongju), and blood ju (xueju). Factors including the age of the tree are thought to account for these variations in color as well as ranging densities (63-.79 g/cm3). Blood ju, with a reddish-brown coffee color as well as some feathery like figure in the tangential surface, is the most highly prized. 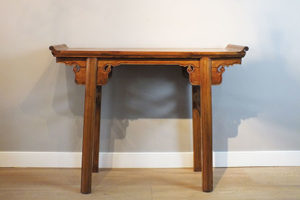 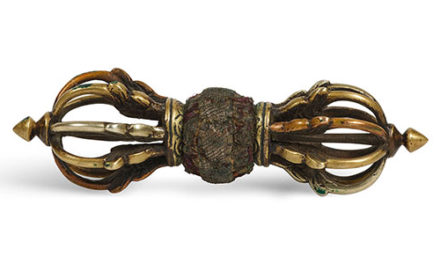 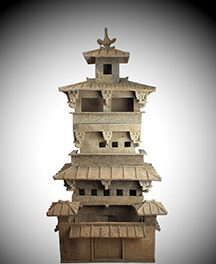 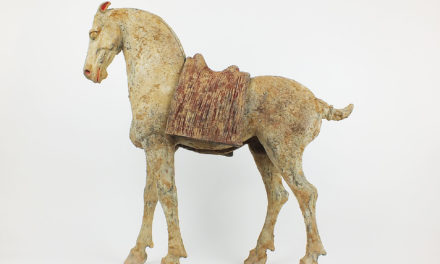 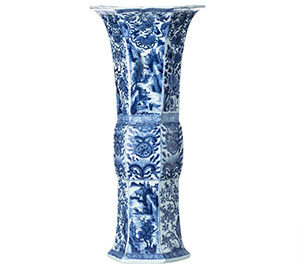