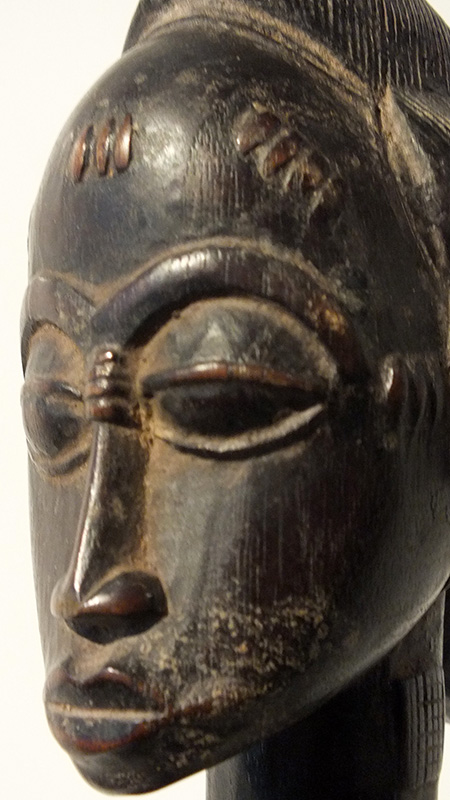 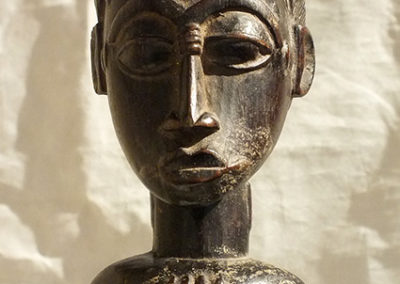 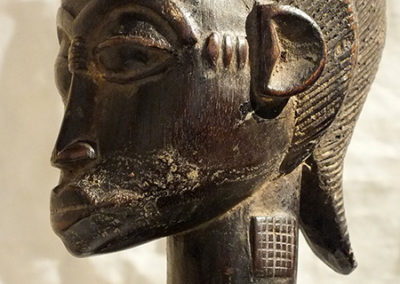 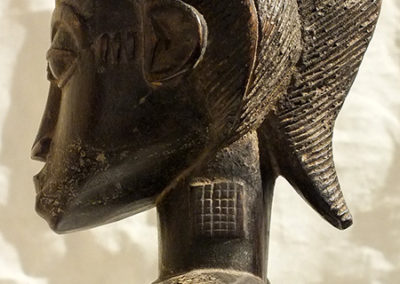 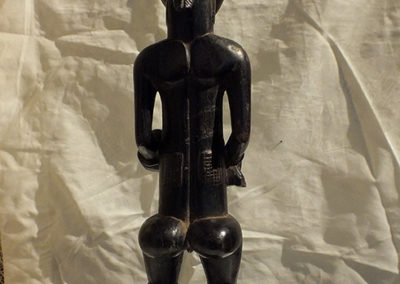 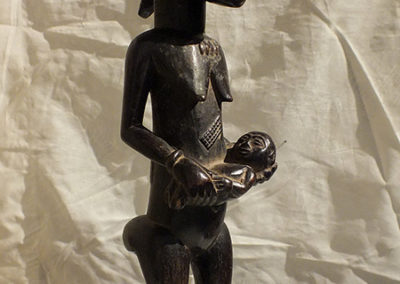 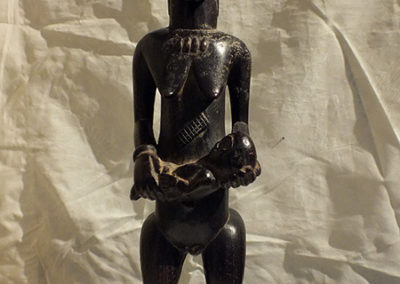 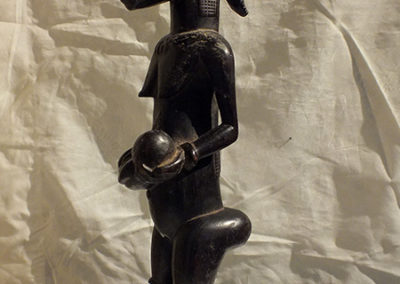 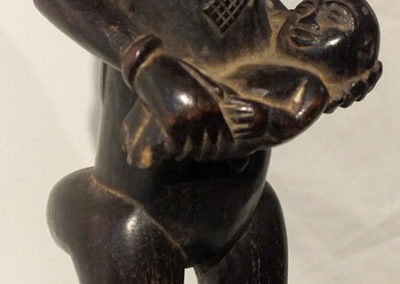 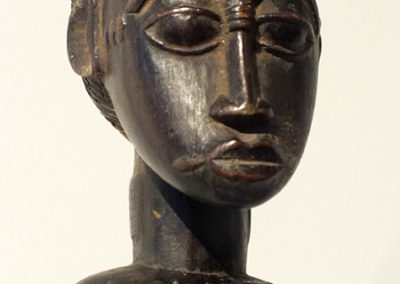 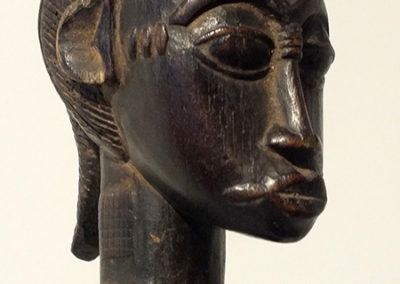 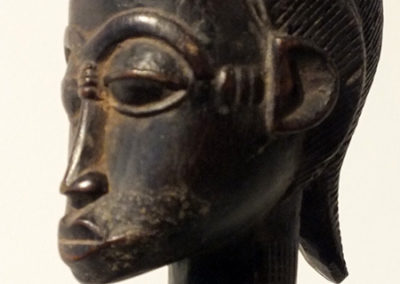 Fine Baule Maternity Figure, standing with the child against her abdomen,  the right hand holds its legs and the left supporting its back, with grooved crescent coiffure and keloid scarification on forehead, the triangular face with large circular eyes, dark glossy patina. 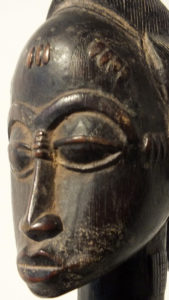