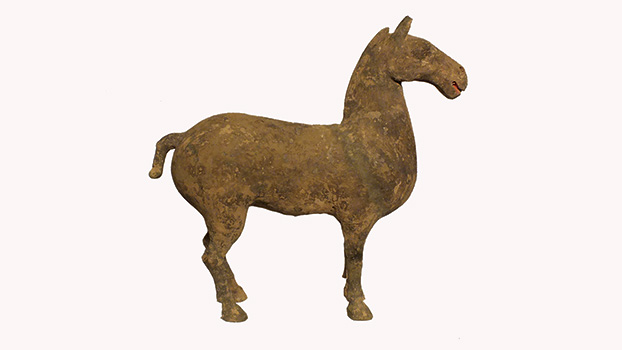 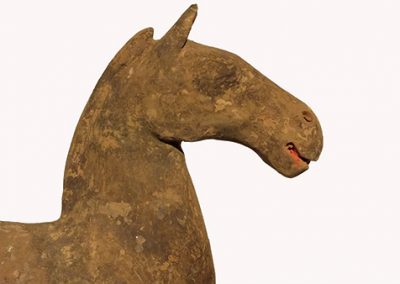 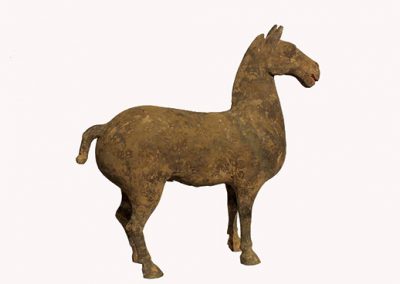 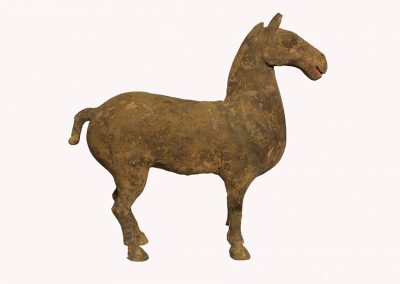 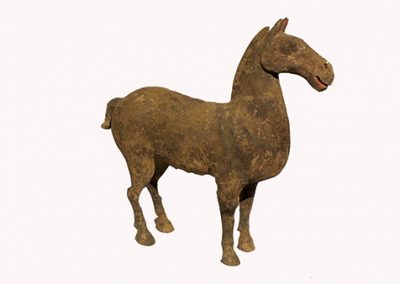 A Painted Grey Pottery Figure of a Horse 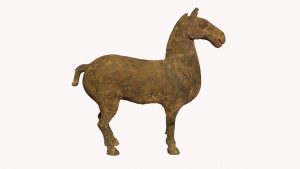