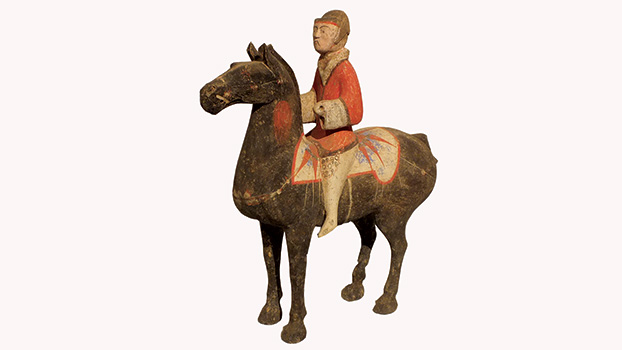 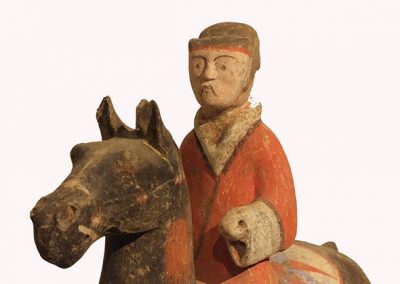 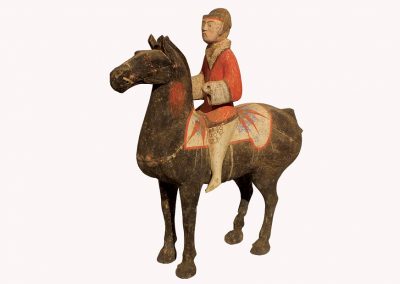 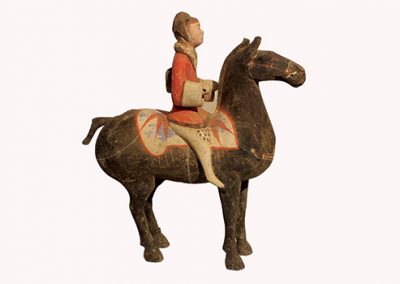 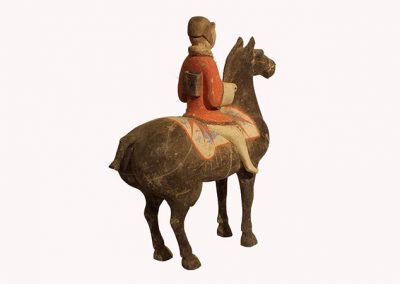 Pottery Equestrian Figure, the black painted horse standing foursquare with head forwards in alert position, the elegant harness with foliate plaques and pendent tassels, the rider seated upright with head bent forwards as though holding the reins, wearing a knee-length bright red tunic with padded hems, carrying a satchel for arrows on his back. 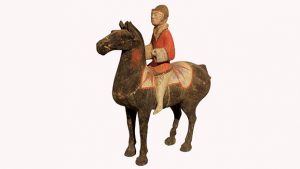