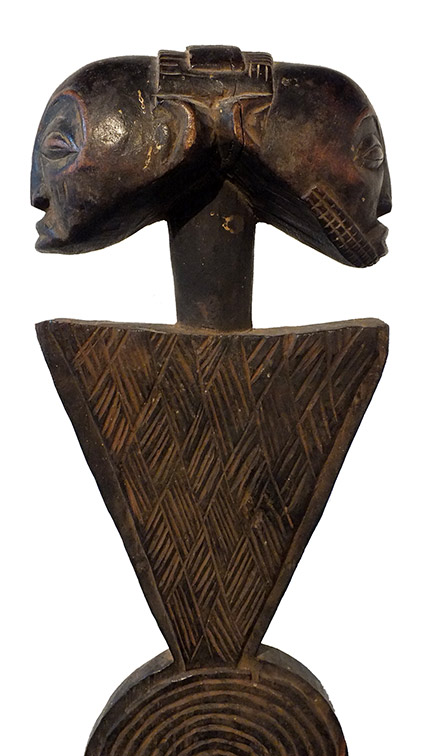 * The Luba people, or Baluba, are one of the Bantu peoples of Central Africa, and the largest ethnic group in the Democratic Republic of the Congo. They are indigenous to the Katanga, Kasai, and Maniema regions which were historic provinces of present-day Democratic Republic of the Congo. They speak the Luba-Kasai, Luba-Katanga, and Swahili languages.

The Kingdom of Luba was a pre-colonial Central African state, which arose in the marshy grasslands of the Upemba Depression in what is now southern Democratic Republic of Congo.

The Luba had a wealth of natural resources such as gold, ivory, copper, frankincense and ebony but they also produced and traded a variety of goods such as pottery and masks.

15th through the late 19th century. Three main subdivisions may be recognized: the Luba-Shankaji of Katanga, the Luba-Bambo of Kasai, and the Luba Hemba of northern Katanga and southern Kivu. All are historically, linguistically, and culturally linked with other Congo peoples. The Shankaji branch is also connected with the early founders…