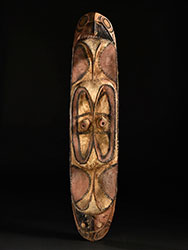 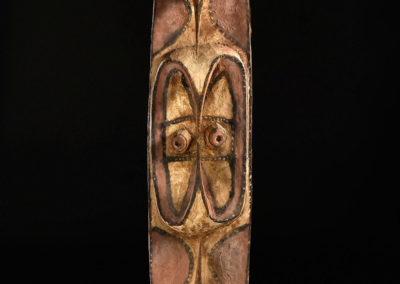 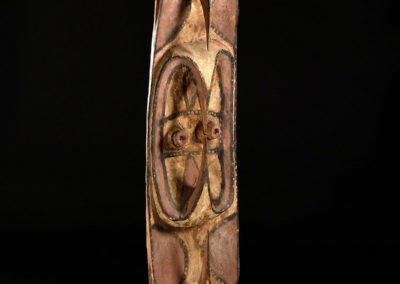 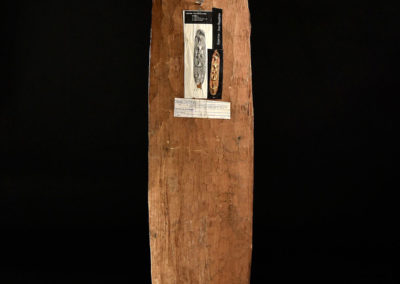 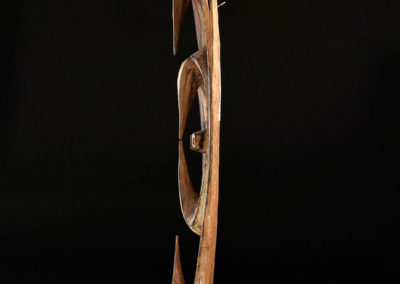 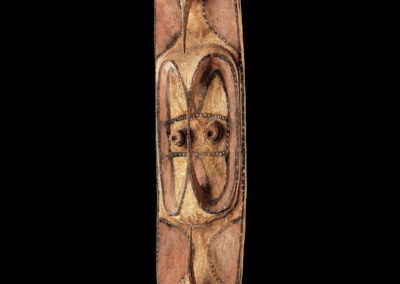 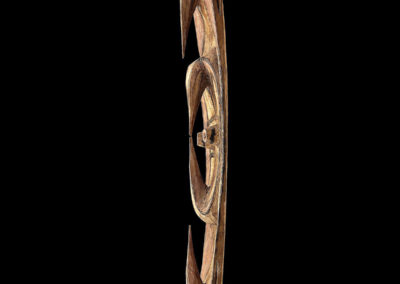 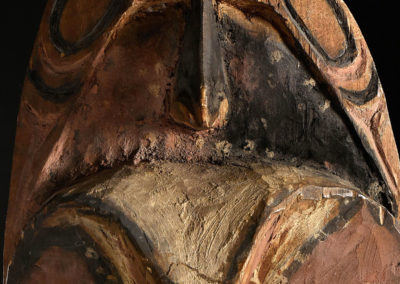 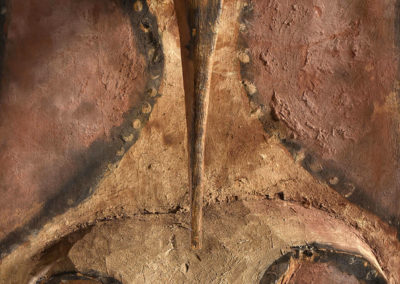 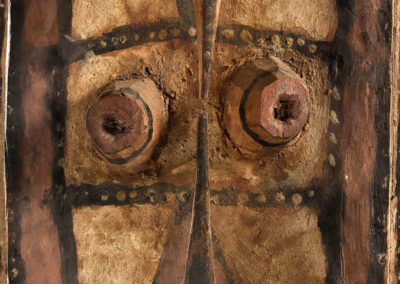 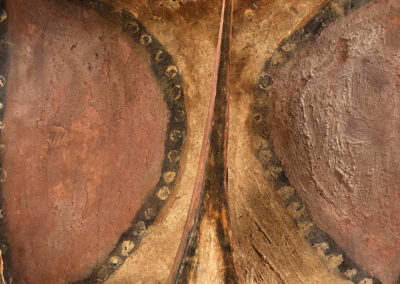 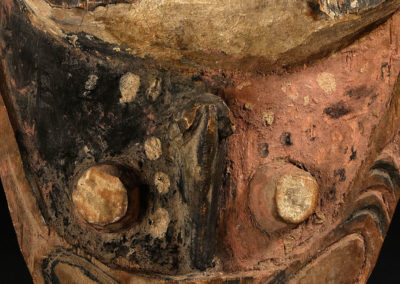 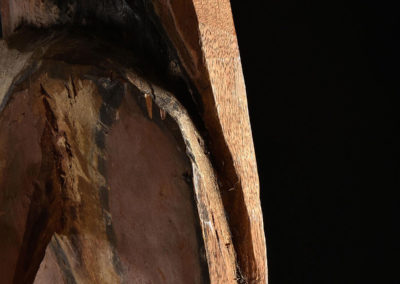 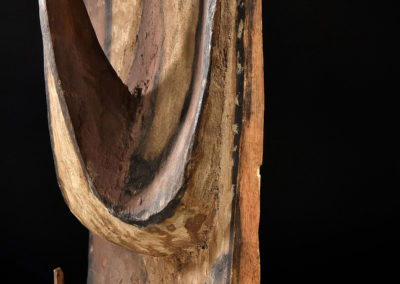 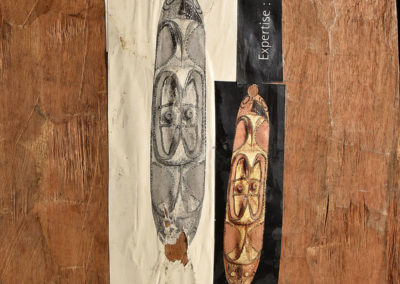 With old collector label on the back.

* Admired by European modernists for their radical re-conception of the human form, these distinctive sculptures caused a sensation in the 1950s when the first examples became known outside the region. Bahinemo examples fall broadly into two categories: flat, mask-like panels with stylized human faces that are bracketed by small hook features (see 1978.412.1526) and tall, slender images intended to be seen in profile, which comprise a series of large concentric hooks around a central triangular or oval projection.

Each type of hook-mask figure is broadly associated with a different category of spirits. While interpretation of their imagery varies, the hook features of the flat mask panels are typically interpreted as hornbill’s beaks, while the longer, more extended images tend to be identified as stylized catfish, the hooks representing their curling whiskers. The flat, mask-like images were the focus of male initiation rites and hunting and were linked to senior men, elders of the clan and forest spirits. The association with hornbills derives from the fact that the birds nest in locations where bush spirits are known to dwell. Furthermore, the consumption of hornbills themselves, as well as the use of their spectacular feathers and beaks, were the reserve of initiated elders. When not in use, the images were stored in the men’s ceremonial house along with other sacred objects or suspended from the rafters, safely concealed from uninitiated eyes. The more slender hooklike figures tend to be associated with water spirits and were ideally immersed in swamps or other watery places. Although all garra figures fall into these two broad categories, each portrays a specific spirit whose name and powers were intimately known to the individual man who owned it.

COMPLETE THE CONTACT FORM BELOW TO REQUEST MORE INFORMATION ABOUT THIS ITEM.