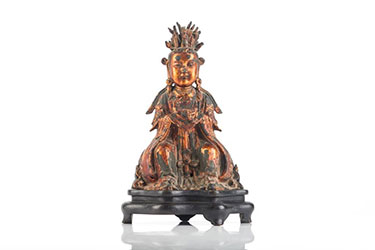 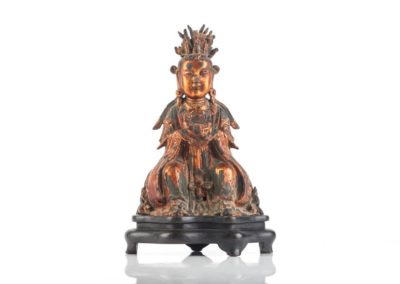 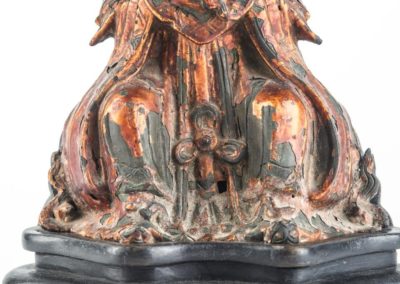 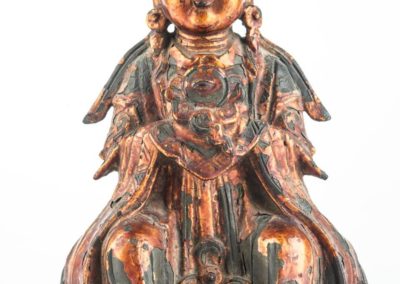 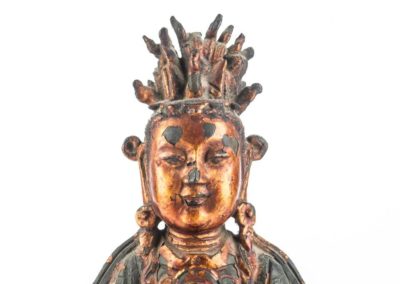 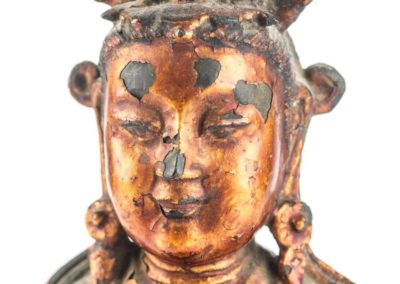 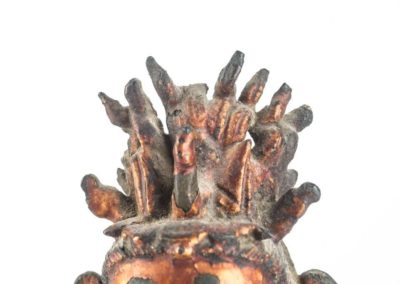 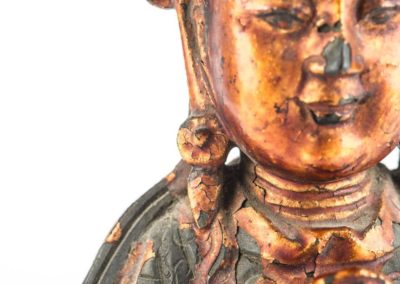 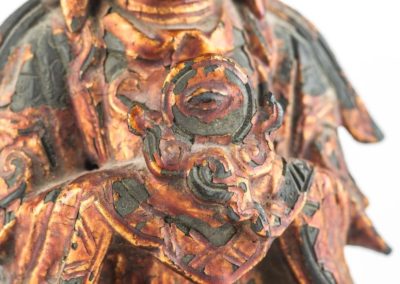 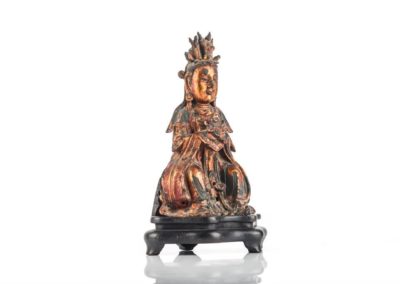 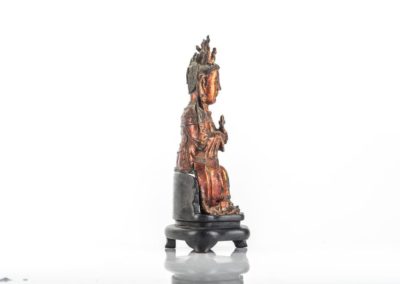 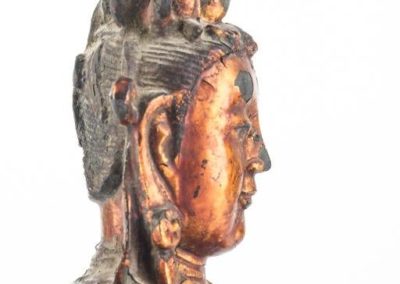 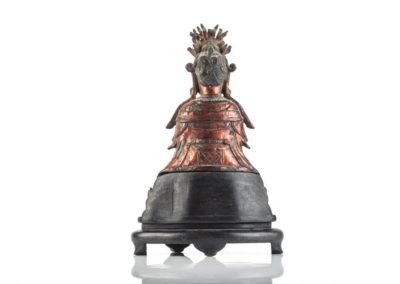 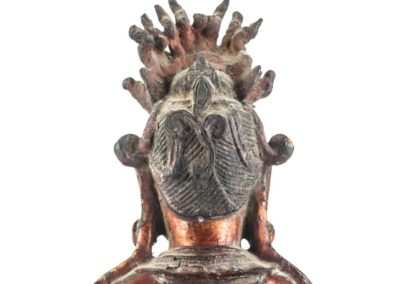 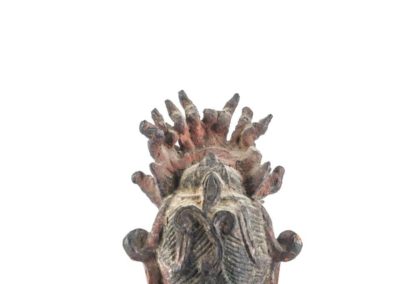 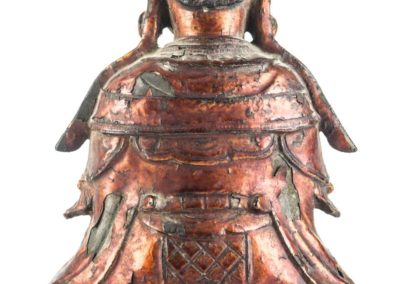 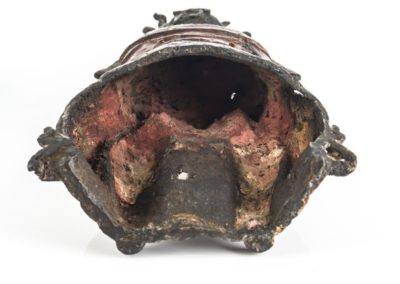 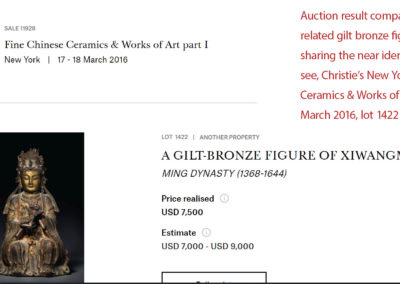 Large Gilt Bronze Figure of Xiwangmu . The Daoist Queen Mother of the West sits with both feet pendent holding the Peaches of Immortality (pantao) in both hands. She is dressed in heavy robes, and wears a phoenix-form headdress.

The Royal Ontario Museum till 1969

From a Single Owner Canadian Collection, featuring objects, Deaccessioned from the Royal Ontario Museum in 1969

* The Queen Mother of the West, known by various local names, is a goddess in Chinese religion and mythology, also worshipped in neighbouring Asian countries, and attested from ancient times. The first historical information on her can be traced back to oracle bone inscriptions of the fifteenth century BC that record sacrifices to a “Western Mother”. Even though these inscriptions illustrate that she predates organized Taoism, she is most often associated with Taoism. From her name alone some of her most important characteristics are revealed: she is royal, female, and is associated with the west. The growing popularity of the Queen Mother of the West, as well as the beliefs that she was the dispenser of prosperity, longevity, and eternal bliss took place during the second century BC when the northern and western parts of China were able to be better known because of the opening of the Silk Road.