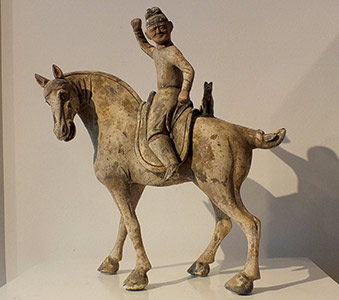 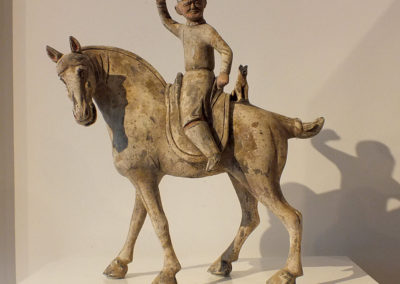 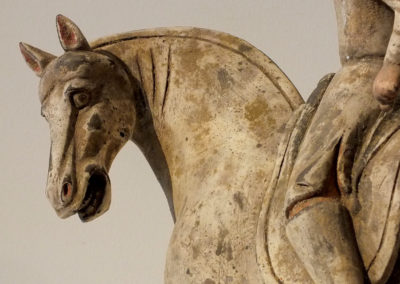 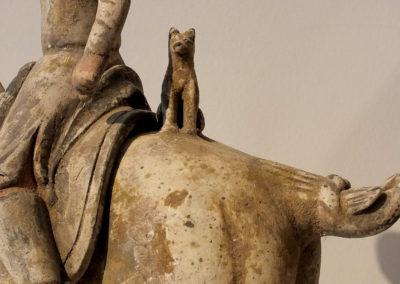 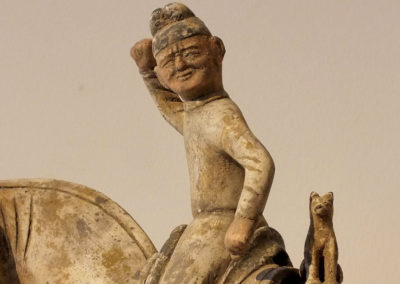 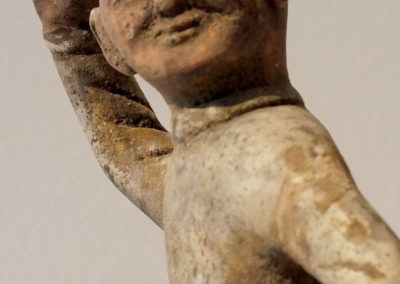 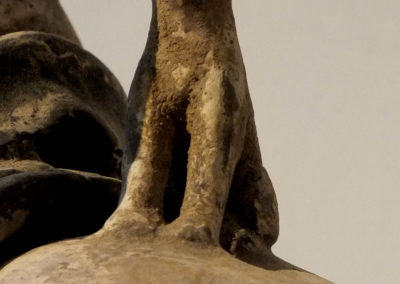 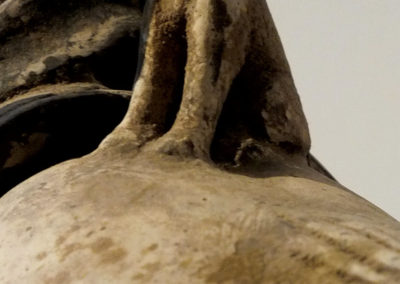 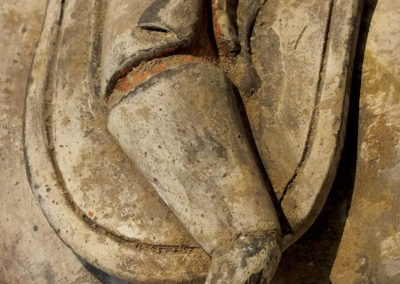 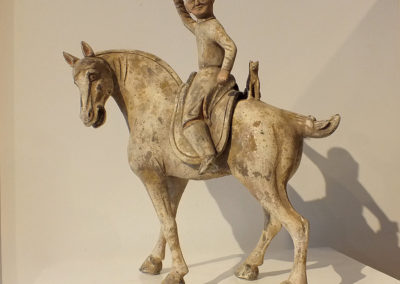 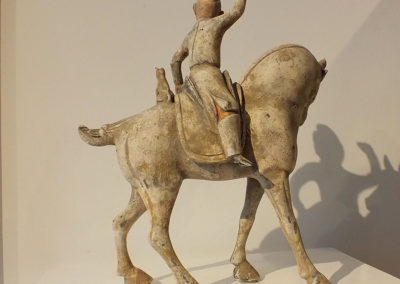 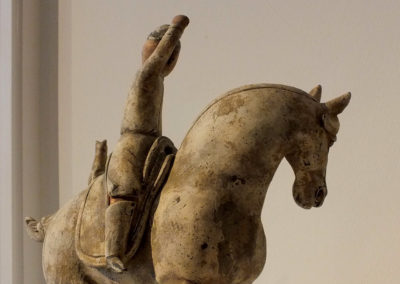 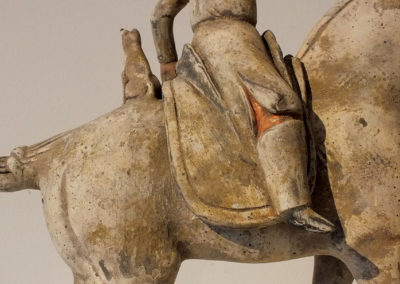 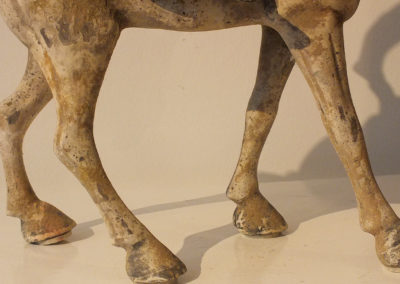 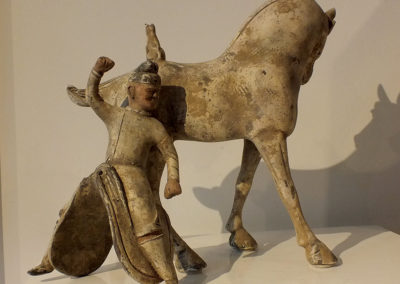 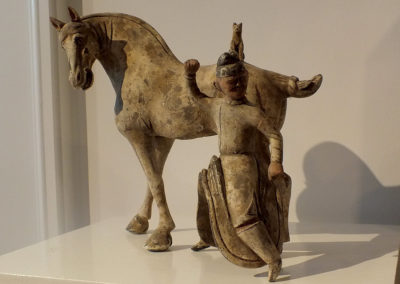 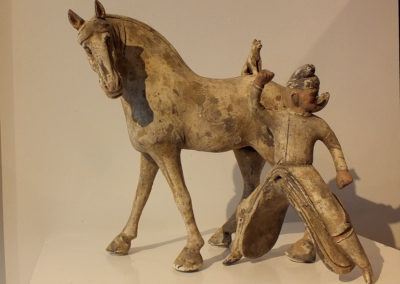 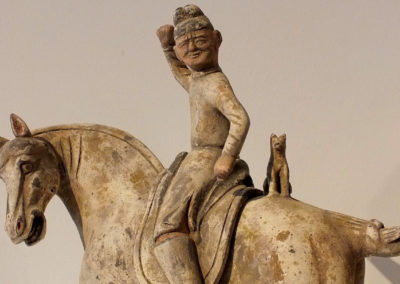 Note: A Certificate of Authenticity from Becker Antiques (antique dealers since 1969, Amsterdam) will accompany the item.

– The results of thermoluminescence tests are consistent with the dating of this object.

The horse shown striding, the head well modelled with flared nostrils, open mouth as if the horse is neighing and expressive eyes below the picked years, with hogged mane and head turned to the left, the separate saddle cloth with incised border. The rider seated firmly in his saddle with feet stretched forward in the stirrups. His face very detailed, much of the original pigment remaining.

Imitating practices from the West, Tang hunters of small mammals and fowl trained lynxes and cheetahs to sit along side them on the horse. Often the animals had their own seat. Lynxes are often shown with upright ears with tufts of black fur. The animal seen here has the upright ears of the lynx.

The action here has been interpreted as the lynx returning to its master¹. But the hunter twists his body around in anger, his right hand raised as if to strike the snarling feline. The lack of a site attached to the saddle also throws into question whether the animal belong to his hunter at all. According to Muhammad Ibn Mangli, act. 1352-76, an Arab trainer, a lynx that has not caught its prey can sometimes turn on its master. Such so-called lynxes would then be given new trainers². 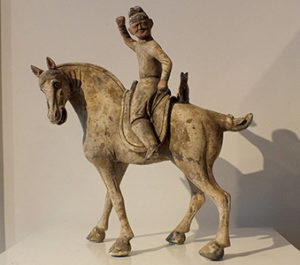