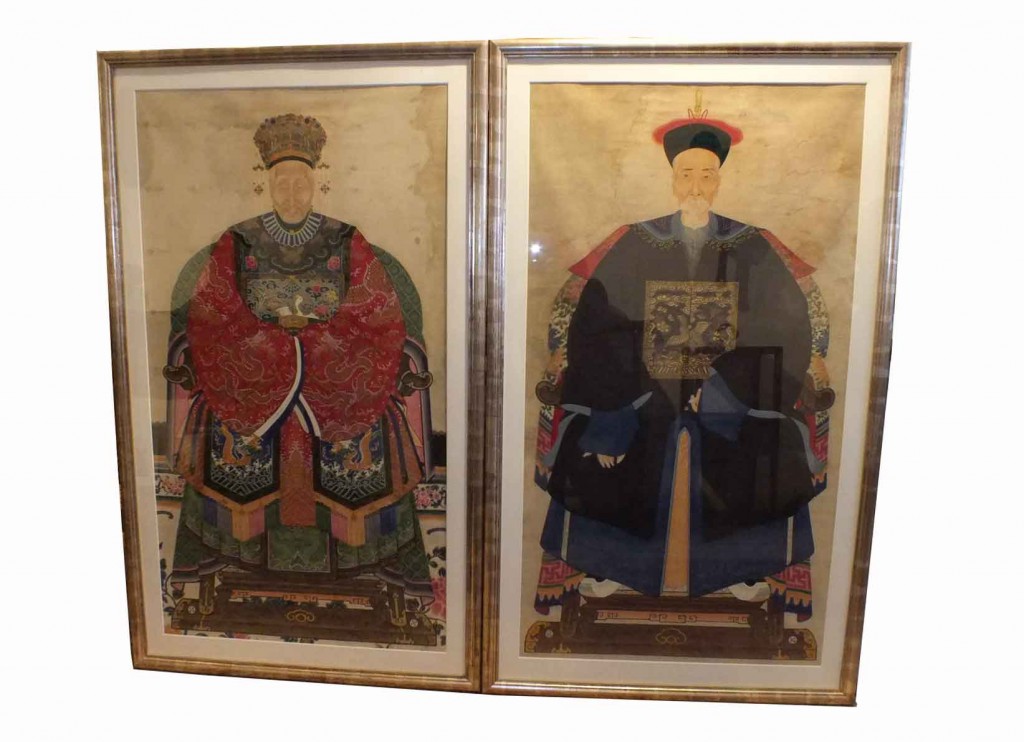 Qing Dynasty Ancestor Portraits, both finely painted in ink and colour on paper, the first comprising a portrait of a lady wearing elaborate dragon clothes, jewellery and a kingfisher feather headdress; the second a portrait depicting a dignitary of a high level Mandarin, seated on a throne wearing a blue fur surcoat,.

* The tiny kingfisher bird was prized for its iridescent blue feathers, which were used to create headdresses and hair ornaments particularly popular amongst women of the court and for use in the theatre and opera during the eighteenth and nineteenth centuries

Such portraits of ancestor were often in China – and sometimes more – hung in a separate room of the house. As one honours the ancestor with incense, prayers and offerings.

This ancestor portraits are highly formalized: the sitting position, the precious formal clothes of the deceased and the immediate surroundings are pretty much the same on all portraits. Only the features show some personal characteristics. The function of the portrait is similar to that of a heart tablet. It serves as the seat of the soul of the men and the women, if the body is buried.