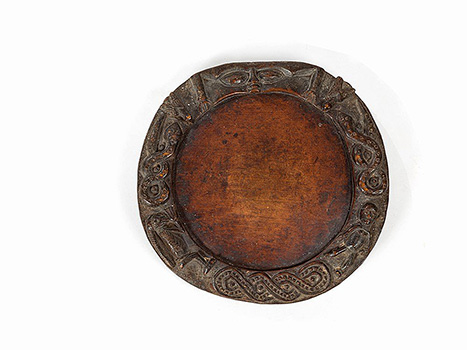 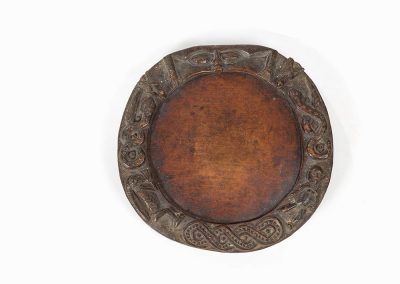 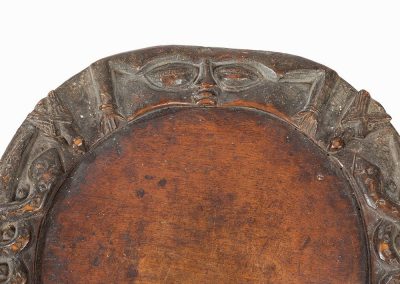 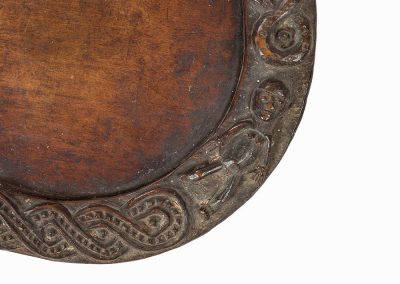 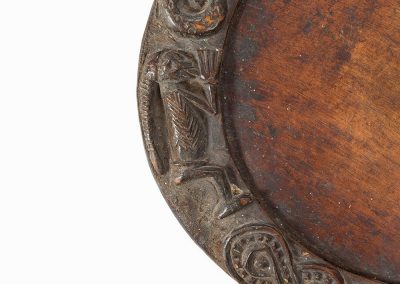 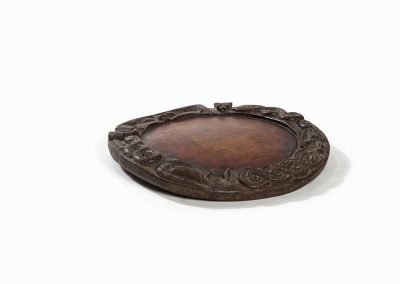 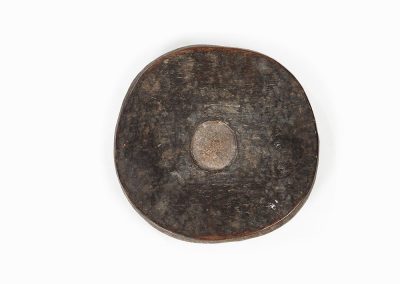 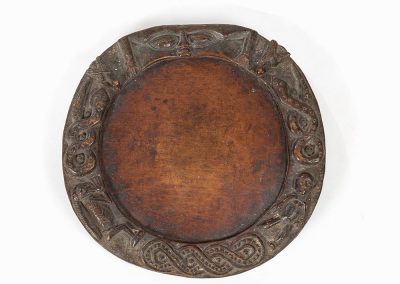 Yoruba Divination Board, wood, carved, fine and lustrous honey brown patina of ritual use.
Circular Opon Ifa (divination board)
Circumferentially deep relief carvings depicting the face of Eshu at the top center as well as additional carvings of snakes, figures, Shango wands and some traditional patterns
This Ifa oracle board is a common ritual object in Yoruba culture. Boards of this kind were used by the Babalawo, a diviner for Ifa, the Yoruba god of wisdom and divination. During these rituals the priest covers the divination tray with flour or dust in which he generates Ifa figures from which to read the oracle. Offered board shows a broad rim carved with snakes and figures as well as a traditional entwined pattern and a mascaron at the top center. The latter portrays the deity Eshu, who is considered a messenger of the gods.