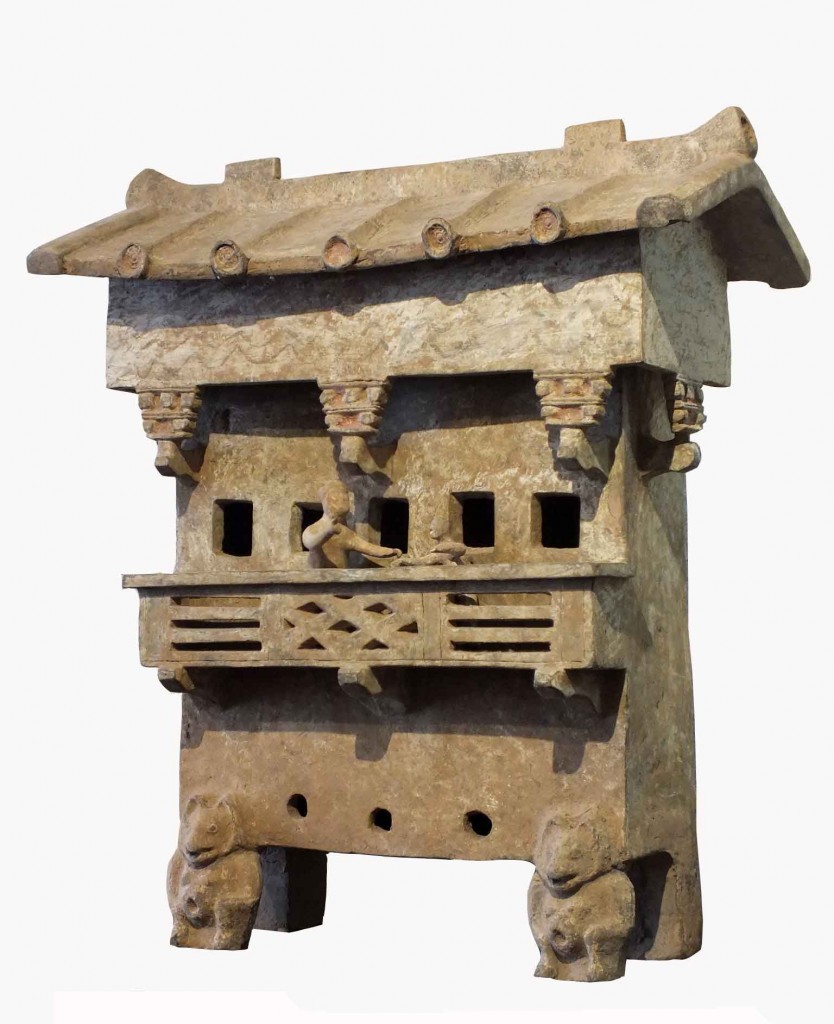 Extremely Important Granary, this Extremely Rare and Important Large Han Dynasty Granary is from a big significance. This building type –  with openings high up and lifted off ground on feet – is generally recognised to be that of a granary. The model is of simple slab construction, with moulded elements added on. The overhanging gable roof has a central ridge with lateral rows of round tile covers which are capped at the eaves line with decorated tile ends. On the upper level, symmetrically placed openings with stamped lattice motifs on either side front on to a projecting balcony. The balcony has moulded railings and a central lattice-work panel, and is supported by dougong (or , traditional) brackets.

The front feet are in the shape of bears while at the back they are simple slabs. The glaze, which has degraded to a pale-greenish colour, covers the front part of the roof, and the front and sides of the building only.

Note: Granaries of this type and style are most rare and examples can only be found in Henan Museum, China.