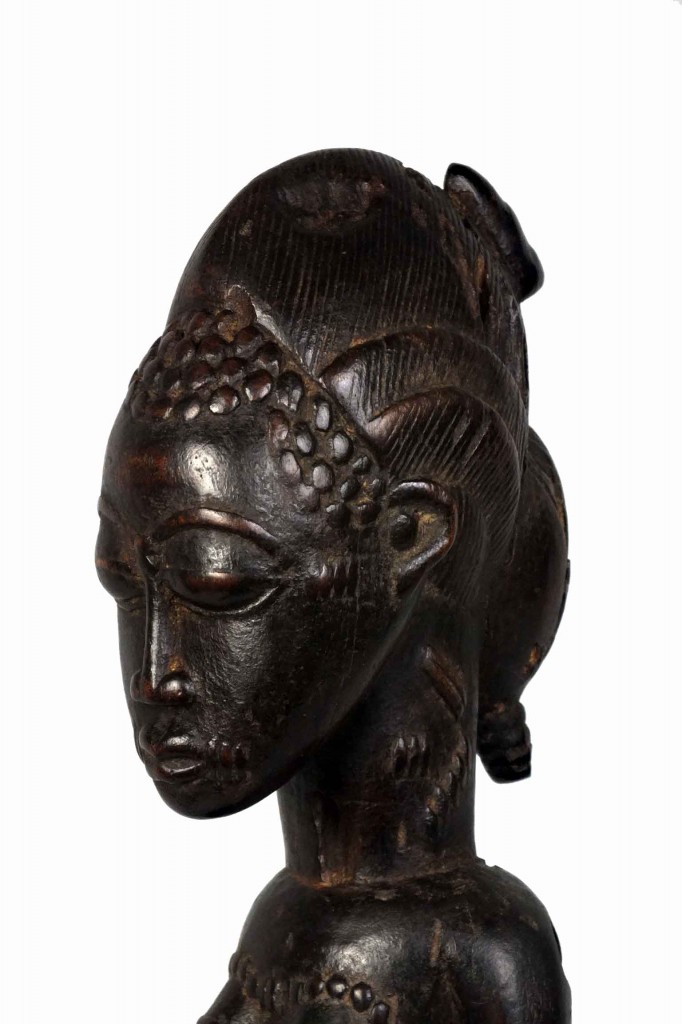 Fine Baoule Maternity Figure, this finely carved stylized female figure has an exceptional and high abstract face with individualized facial features including a T-shaped straight nose, rectangular open mouth, and a square prognathous chin. Seated on a stool with the child against her abdomen, the left hand holding its legs and the right supporting its back, with crenellated legs, with elongated feet beneath elongated bent legs and columnar torso. Her finely carved, high vertical crest coiffure has different elements on each cylindrical neck which rests on squared shoulders. Her back is slightly swayed and a gently bulging stomach below pendulous breasts. This woman of importance is adorned with raised scarification’s on her cheeks, chin, neck, shoulders, back and stomach. Dark glossy patina.