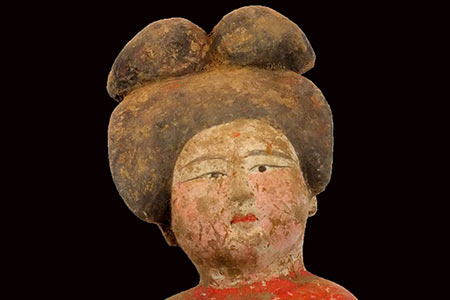 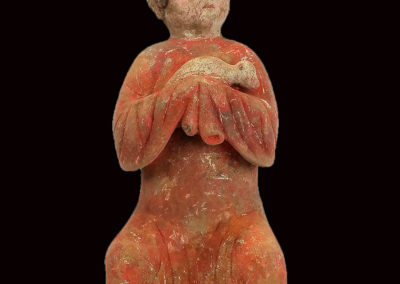 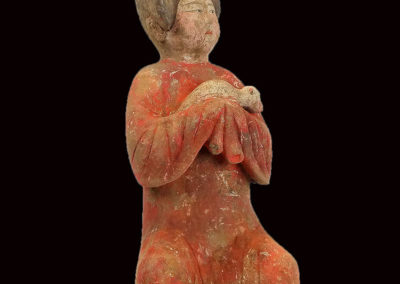 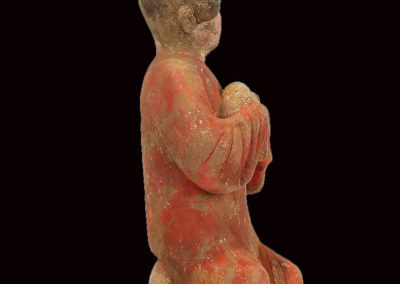 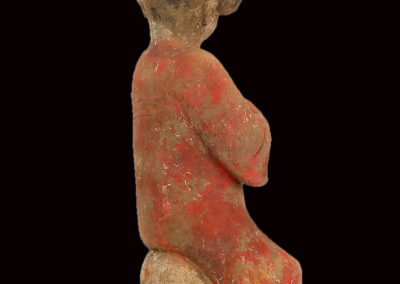 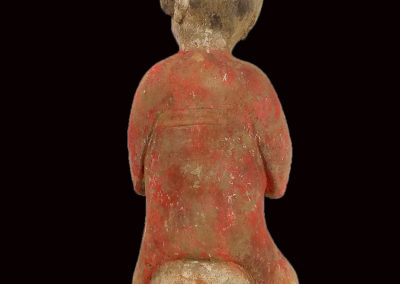 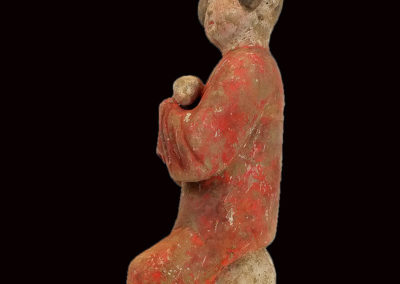 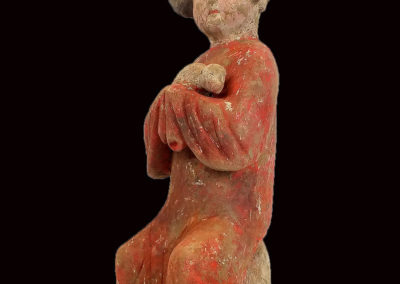 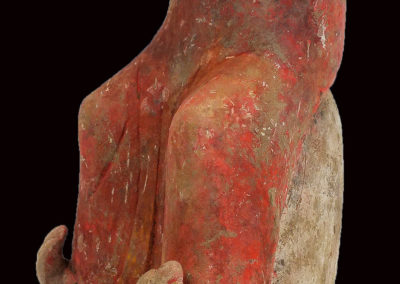 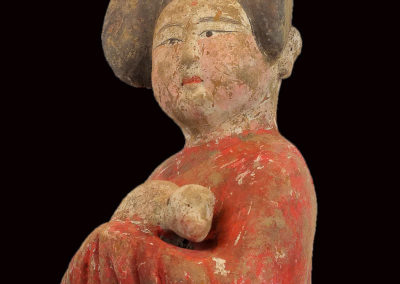 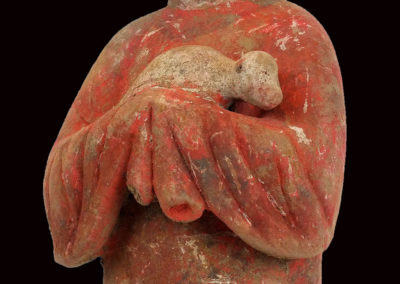 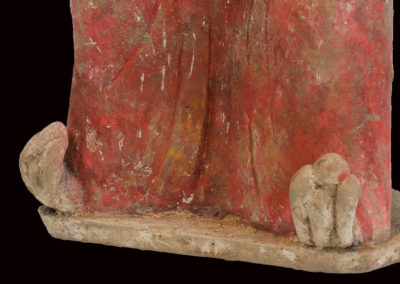 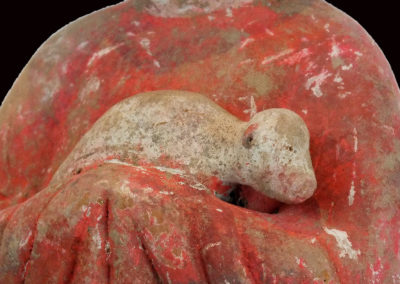 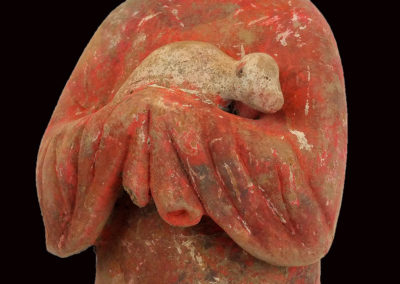 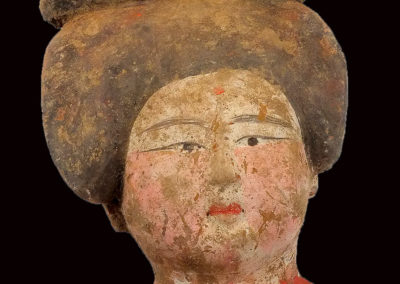 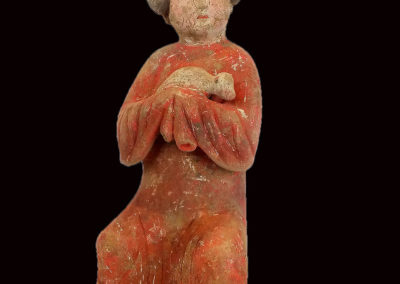 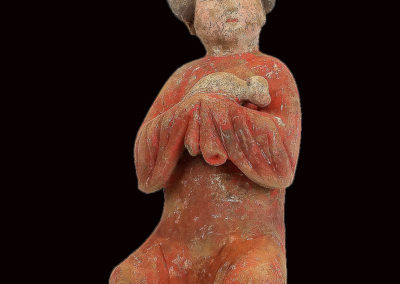 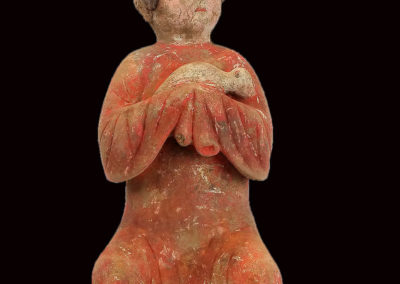 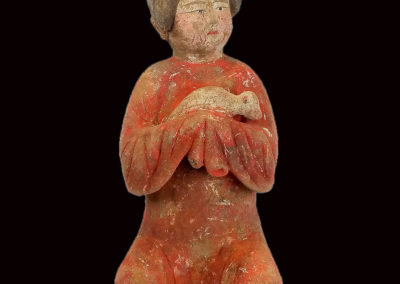 Fat Lady Cradling Dog. Museum quality court lady (Fat lady). It is very rare to find any of those Fat ladies seated on a stool, cradling a small dog with hands hidden in sleeves and such large size.

Well modelled seated on a stool with body swayed on the left site and head turned to the site, the ends of her long sleeves hanging gracefully from her hands in front of her corpulent body and cradling a small dog (extremely rare!!!). Heavy robes falling in deep folds on her shoes painted with pale red and red floral sprays and florets arranged in patterns on the pule green and red ground. Her full face modelled with delicate features framed by stiff wings of her coiffure to one side, traces of original red, black, pale blue and orange pigment.

The elegant figure exemplifies the court ladies that became fashionable in the second half of the Tang dynasty. Figures of similar style were excavated from the tomb of Wu Shouzhong, who was buried near the Tang capital, Xi’an, Shaanxi province, in 748 A.D. See the Quest for Eternity, Los Angeles Country Museum, 1987, nos. 83 and 84. Although the models of court ladies made in the early part of the Tang dynasty depict them wearing tight-fitting garments, which accentuated their slender forms, the reign of the Emperor Ming Huang seems to have heralded the growing in popularity of a more generous female form and the adoption of less structured, more flowing robes. This change in style has traditionally been attributed to the influence of the emperor’s adored concubine Yang Guifei, who was reported to have had a rather voluptuous figure. However, excavated figures suggest that the fashion for more voluptuous figures was already coming to prominence by the time that Yang Guifei won the emperor’s admiration.

The figures of this type usually hold their hands in front of them, in order to provide a more graceful arrangement of their sleeves, as can been seen in the present court lady.

– The result of the thermoluminescence test, is consistent with the dating of the item, Tan dynasty (ca. 1350 years old). Sampling in 3 different points