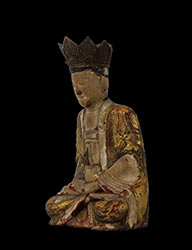 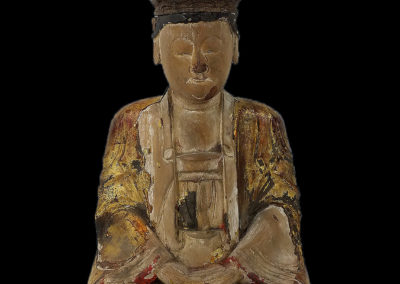 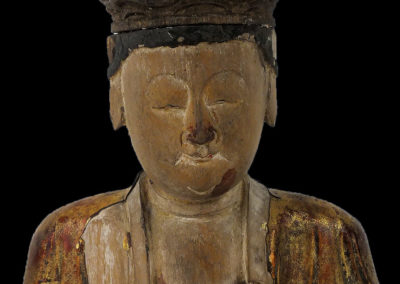 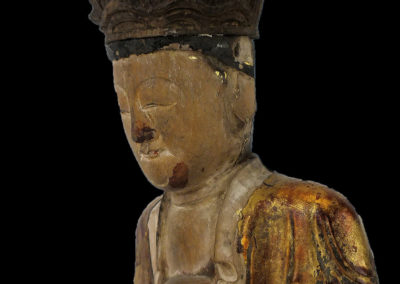 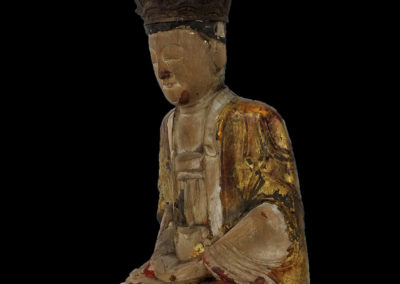 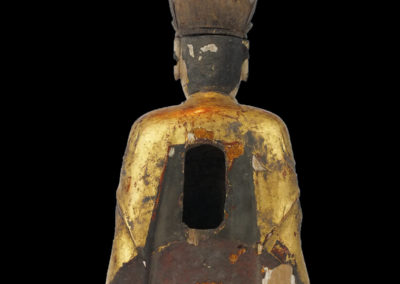 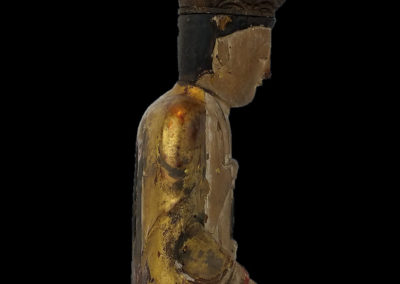 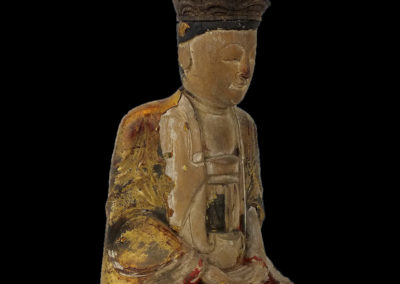 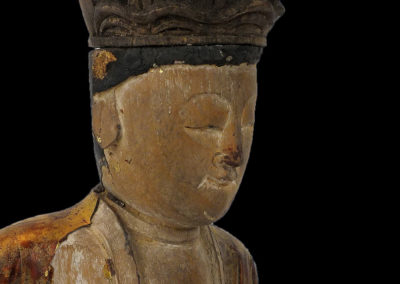 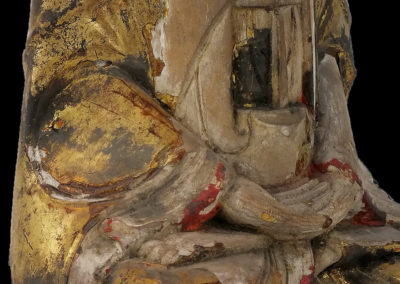 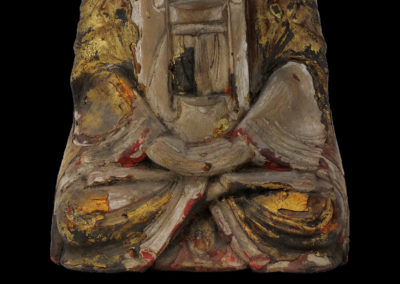 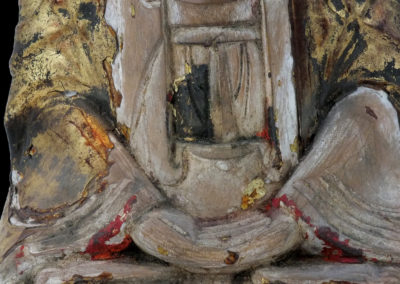 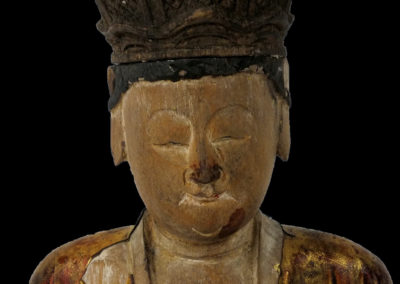 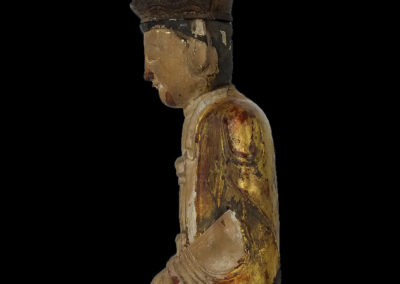 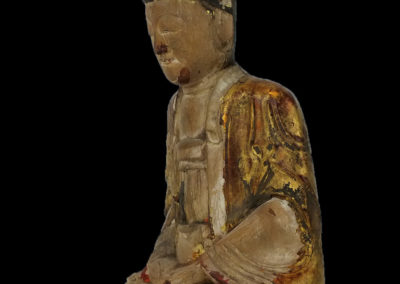 Ming Dynasty Giltwood Guanyin. Showing seated in dhayanasana with hands in dhyanamudra. The deity wearing a loose robe, the plumpish features set in a meditative expression below an elaborative crown.

– – A Certificate of Authenticity from Becker Antiques (antique dealers since 1969, Amsterdam) will accompany the item.

– Guanyin or Guan Yin is the most commonly used Chinese translation of the bodhisattva known as ‘Avalokitesvara’ In English usage, Guanyin refers to the Buddhist bodhisattva associated with compassion and venerated chiefly by followers of Mahayana Buddhist schools as practiced in the sinosphere. Guanyin also refers to the bodhisattva as adopted by other Eastern religions such as Daoism, where she is revered as an immortal, as well as Chinese folk religions, where the mythical accounts about Guanyin’s origins do not associate with the Avalokiteśvara described in Buddhist sutras. In English, she is often known as the “Goddess of Mercy” or the Mercy Goddess. The Chinese name Guanyin, is short for Guanshiyin, which means “[The One Who] Perceives the Sounds of the World”.

Some Buddhists believe that when one of their adherents departs from this world, they are placed by Guanyin in the heart of a lotus, and then sent to the western Pure Land of Sukhāvatī. Guanyin is often referred to as the “most widely beloved Buddhist Divinity” with miraculous powers to assist all those who pray to her, as is said in the Lotus Sutra and Karandavyuha Sutra.

Several large temples in East Asia are dedicated to Guanyin including Shitennō-ji, Sensō-ji, Kiyomizu-dera, Sanjūsangen-dō, Shaolin, and Dharma Drum Mountain. Guanyin is beloved by all Buddhist traditions in a non-denominational way and found in most Tibetan temples under the name Chenrezig, and found in some influential Theravada temples such as Gangaramaya and Kelaniya in Sri Lanka. Statues are a widely depicted subject of Asian art and found in the Asian art sections of most museums in the world.