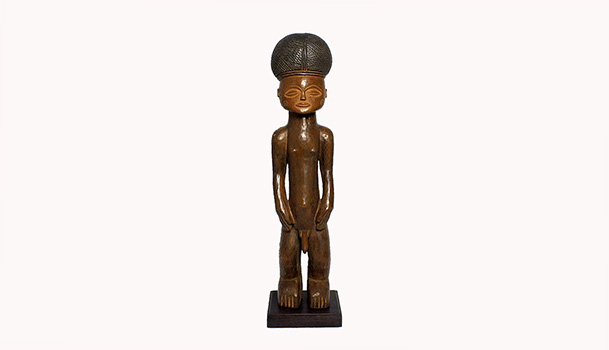 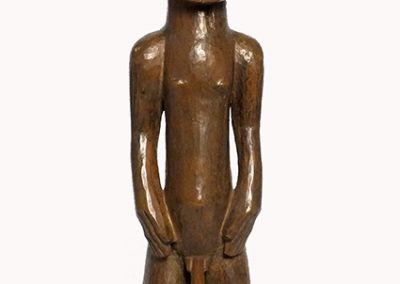 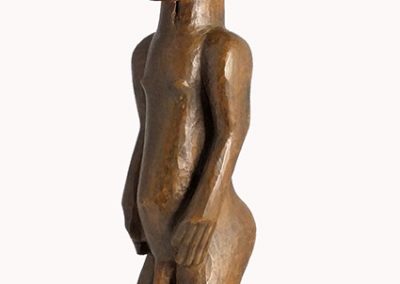 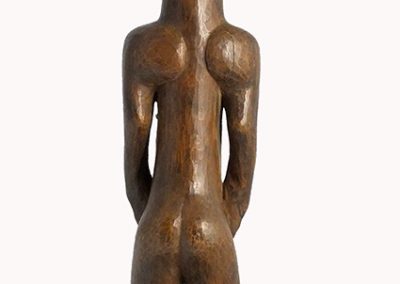 The Chokwe people live in woodland savanna, but are also found along rivers and marshland with strips of rainforest. In the north, the Chokwe are known as skilled hunters. In south, their livelihood has traditionally centered around cultivation of staple crops such as cassava, yams, millet, beans, peanuts and corn (maize). Pastoral activity with cattles is also a part of the southern Chokwe people’s life.

They are regionally famous for their exceptional crafts work, particularly with baskets, pottery, mask carving, statues, stools and other handicrafts. The art work include utilitarian objects, but often integrates Chokwe mythologies, oral history and spiritual beliefs. For example, the culture hero Chibinda Ilunga who married a Lunda woman and took over power is an often sculpted figure. The Cikungu art personifies the collective power of Chokwe’s ancestors, while Mwana po figurines depict the guardians of fertility and procreation. The Ngombofigurines have been traditionally a part of divining spirits who are shaken to tell causes of illness, misfortune, not having babies and other problems faced by a family or a village.

Both chiefs and village groups are found in the Chokwe culture. Villages consist of company compounds with square huts or circular grass-houses with a central space that serves as the meeting place for the villagers.

The Chokwe are traditionally a matrilineal society, but where the woman moves to live with her husband’s family after wedding. Polygyny has been a historic practice usually limited to the chief or a wealthy family.

The traditional religious beliefs of the Chokwe center around ancestor spirits worship. In groups where chiefs exist, they are considered the representative of god Kalunga or Nzambi, therefore revered and called Mwanangana or “overseer of the land”. The Chokwe people believe that works of arts such as handicrafts and carved objects are spiritual, connect them to their ancestors and god Kalunga or Nzambi. With the colonial era, Chowke converted to Christianity en masse yet the original beliefs were retained to produce a syncretism of beliefs and practices. They have, for example, continued their spirit-rituals from pre-Christian era, as well maintained their elaborate rites-of-passage ceremonies particularly to mark the entry into adulthood by men and women. 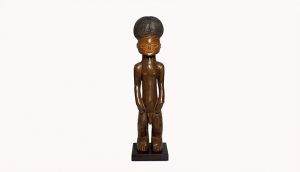