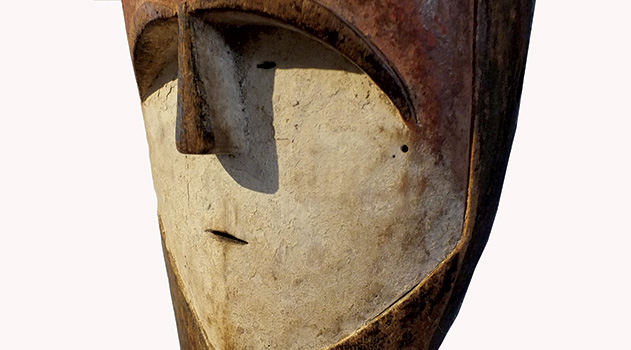 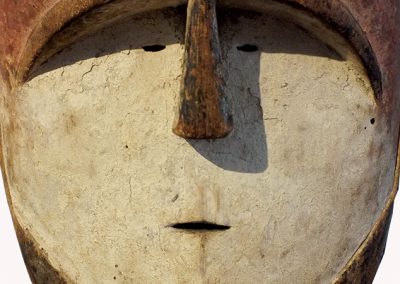 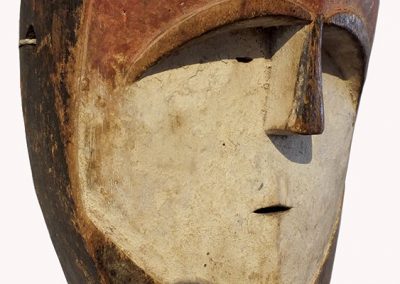 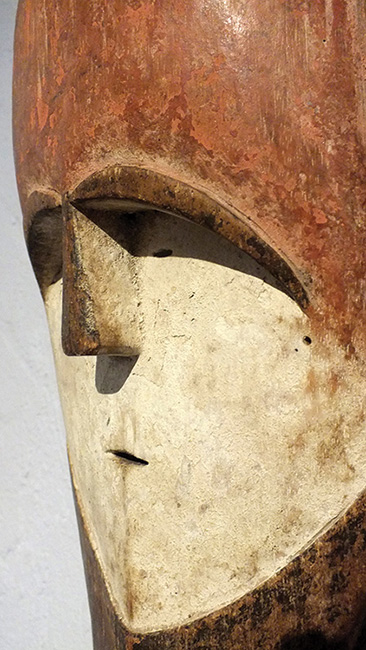 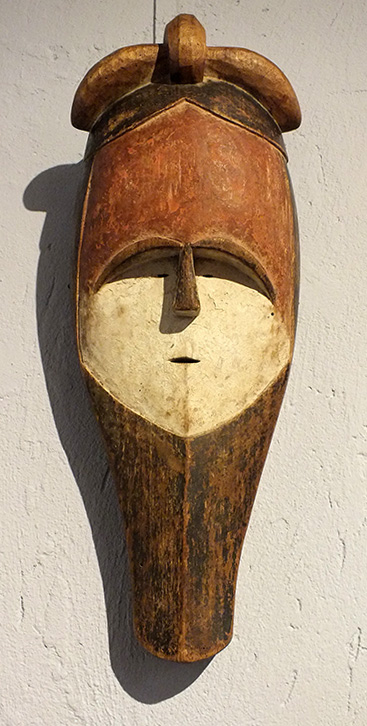 The residents of the equatorial forest of Central Africa primarily produced art that focused on ritual and cult, rather than objects that conveyed ideas of power and leadership. Though little is known about Kwele people who live on the border between Gabon and Democratic Republic of Congo, a legacy of rare masks has surfaced, consisting of high stylized and abstract works.

* The Kwele people are a tribal group of eastern Gabon, Republic of the Congo, and Cameroons in West Africa. They fled the coastal area of West Africa during the 19th century, after their traditional enemies acquired firearms from the slave traders. This altercation is often called the “Poupou” war. The Kwele then settled into lands between the Dja and Ivindo rivers. The Kwele are noted for their ceremonial masks which are collected as art objects.

The masks are associated with the Beete association, which maintains social order, and are also used in initiation rites and at the end of mourning periods. Thought to represent benevolent forest spirits, the masks represent people or animals, or a combination of the two. Many lack eye slits; the masks are shown rather than worn, and many are painted with white kaolin earth, which the Kwele associate with light and clarity. 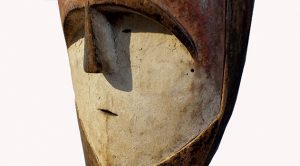