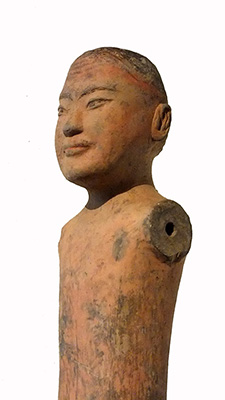 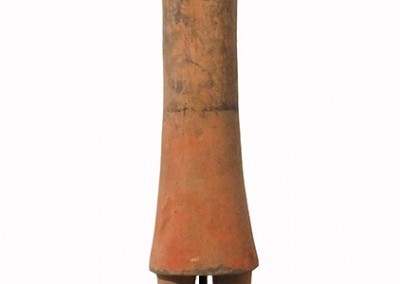 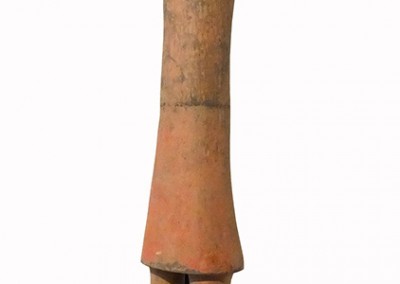 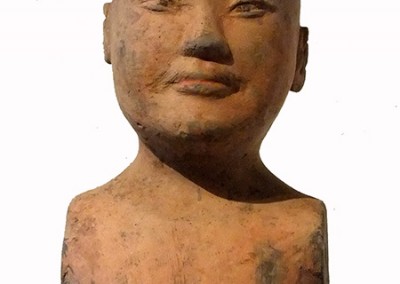 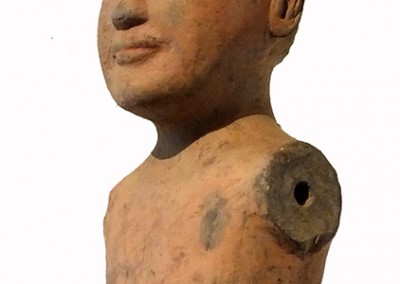 A Chinese Han Dynasty Grey Pottery Figure of a Male

HAN DYNASTY STICK MAN, this pottery male figure is standing on thin feet, high 58 cm, the body slender and naked, the face finely modelled, and the shoulders with holes to hold wooden arms (now missing), trail of red pigment and silk. With the original red, black, white and pink colours.

* Originally these figures were dressed with clothes and with the elapse of time, their dresses became rotten, they were left dress less, and became naked. Originally they had wooden arms which were fitted on the sockets of the shoulders, and were moveable, now the wooden arms are reduced to ashes because of erosion, and they are missing. The whole surfaces of the figurines were painted with colours. These kinds of figures were only found around the capital, and were used by the royal family and forbidden to ordinary people. 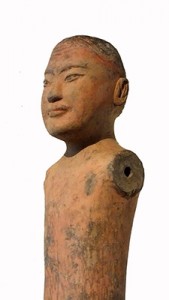