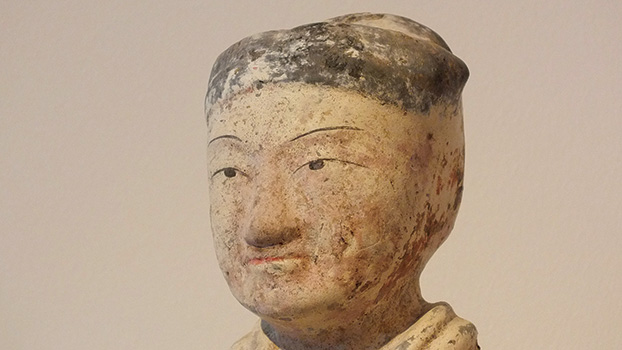 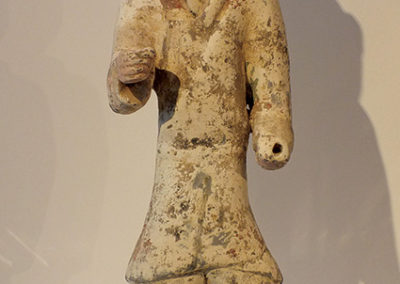 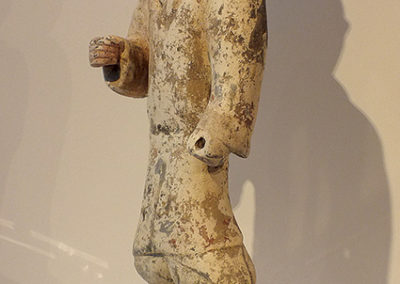 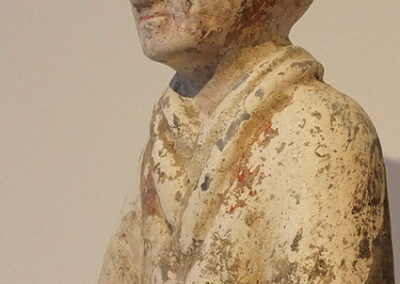 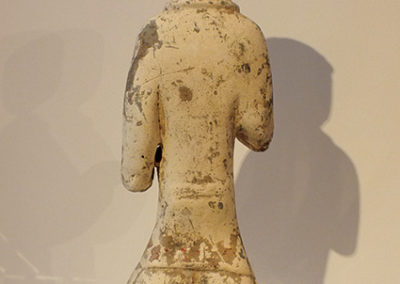 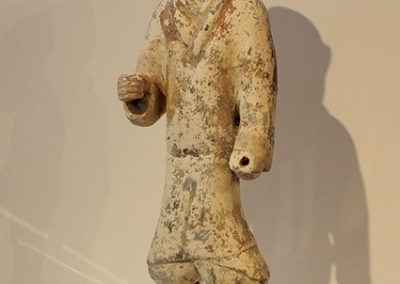 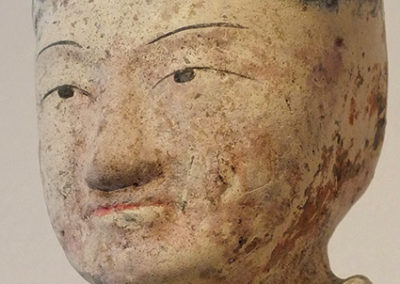 Han Painted Pottery Warrior. From the tomb complex of the first Han emperor, Gaozu (206 – 195) or surrounding graves. Guardsmen from this tomb complex until today remain one of the most favorable finds ever excavated! The reasons for this are obvious – their ever so solid, defensive posture and lapidary design with unambiguous expression, from such an early time! They were created at the dawn of the Han dynasty, presumably around the end of the first Han-emperor Gaodi’s reign. The guardsman is standing wide in thorough footwear, wearing a peculiar skirt as well as a warm, soft collar and cap, and possibly held a heavy spear (or guidon). The other hand also has an opening remaining from a (horizontal) attachment, but one can only speculate what it was. These appendages were crafted from wood which degraded over time. Nevertheless, this guardsman still wears very good remnants of the original paint coating – even the painted face (mouth, eyes, and eyebrows) is well-preserved. These guardsmen never cease to mesmerize with their eerie, loyal stare. 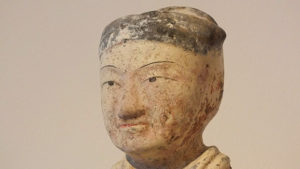