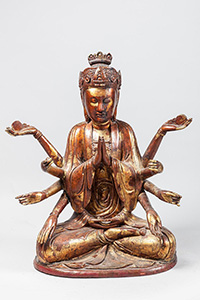 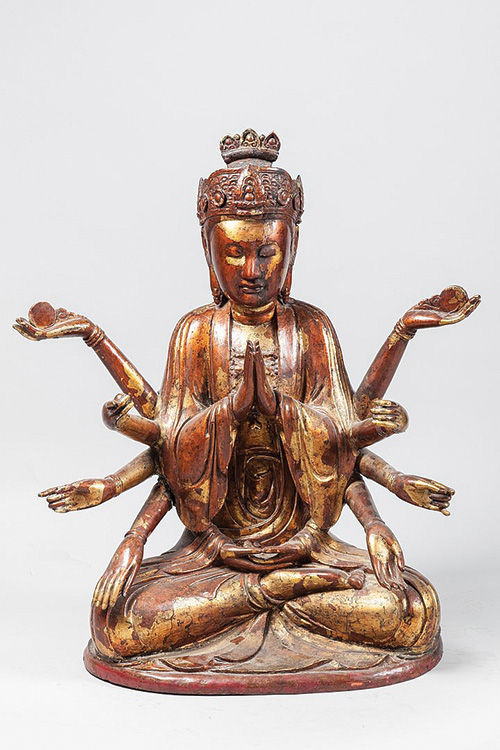 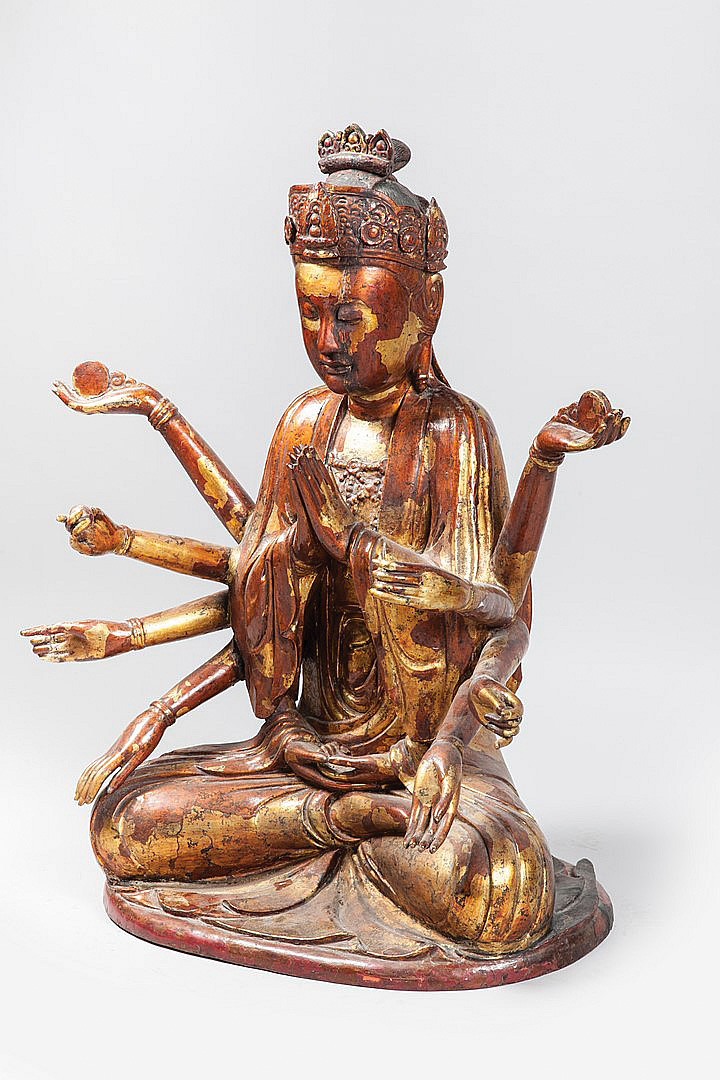 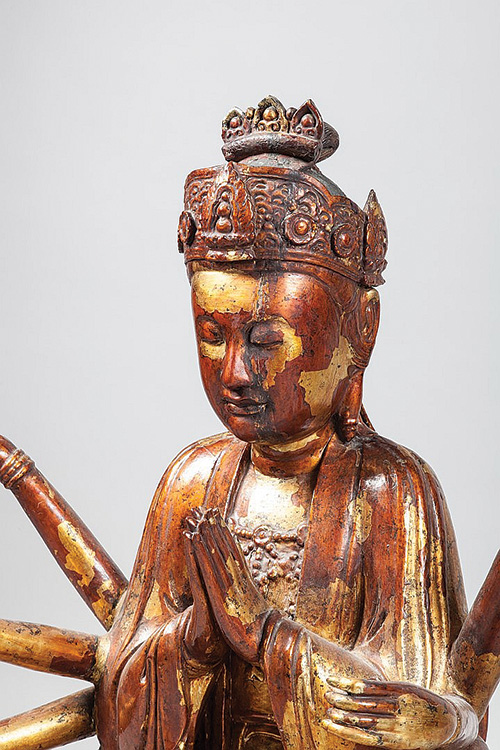 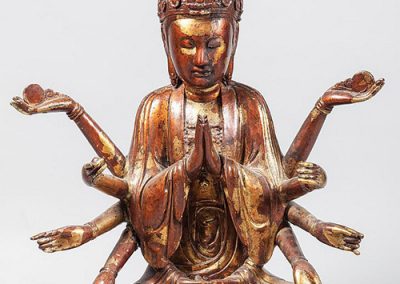 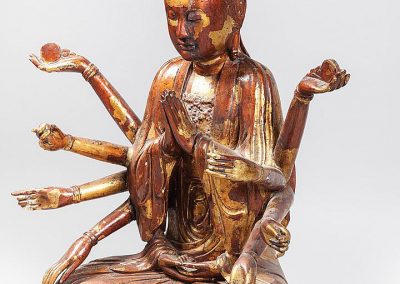 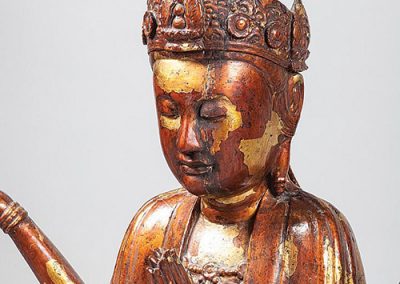 IMPORTANT AVALOKITESVARA. Carved in the round, with 12 arms. Seated in vajrasana with the main pairs of hands together at the front. With further pairs of arms radiating out from the body. Each hand holding a ritual object.

* Avalokiteśvara (Sanskrit: अवलोकितेश्वर, “Lord who looks down”, Tibetan: སྤྱན་རས་གཟིགས་, Wylie: spyan ras gzigs, THL: Chenrézik) is abodhisattva who embodies the compassion of all Buddhas. This bodhisattva is variably depicted and described and is portrayed in different cultures as either female or male.[1] In Chinese Buddhism, Avalokiteśvara has become the somewhat different female figure Guanyin. In Cambodia, he appears as Lokeśvara.

According to the Kāraṇḍavyūha Sūtra, the sun and moon are said to be born from Avalokiteśvara’s eyes, Shiva from his brow, Brahma from his shoulders, Narayana from his heart, Sarasvati from his teeth, the winds from his mouth, the earth from his feet and the sky from his stomach.[2] In this text and others, such as the Longer Sukhavativyuha Sutra, Avalokiteśvara is an attendant of Amitabha.[3]