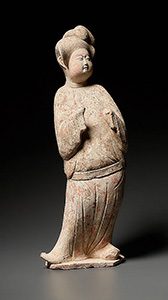 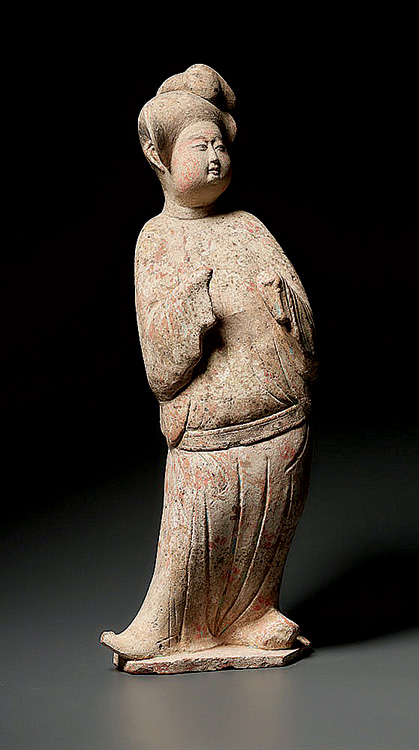 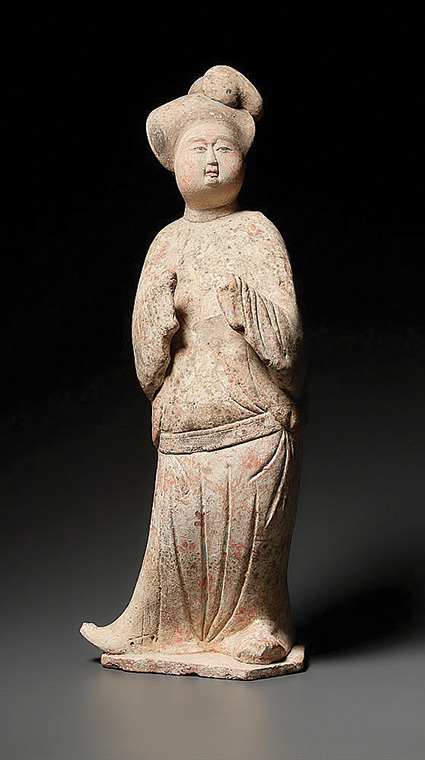 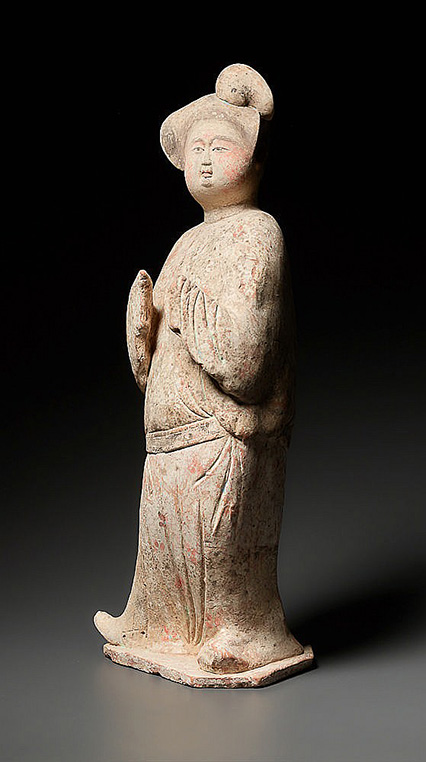 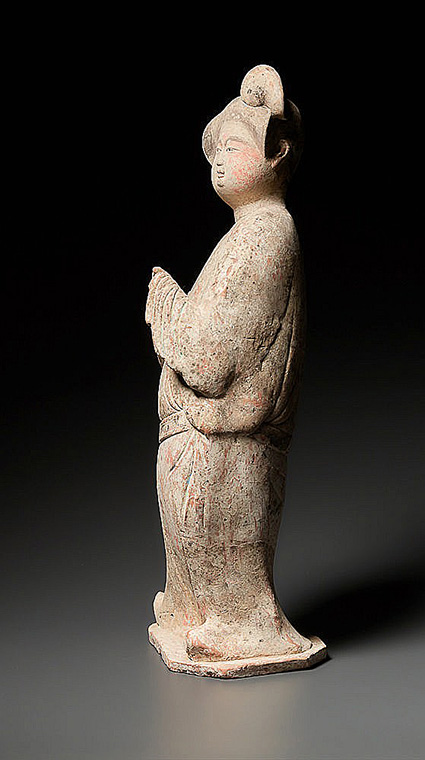 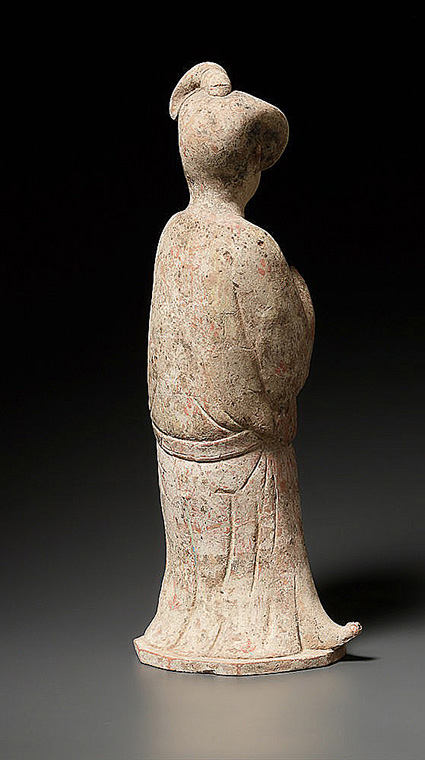 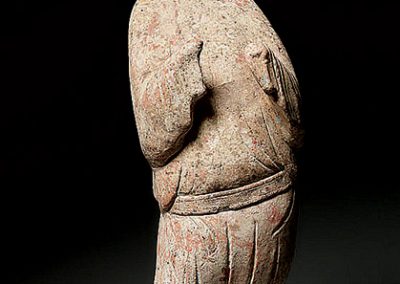 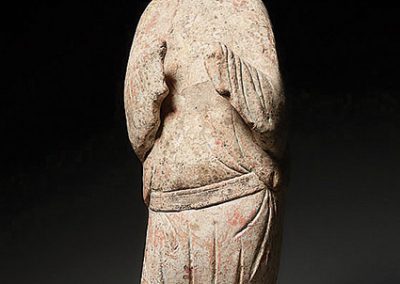 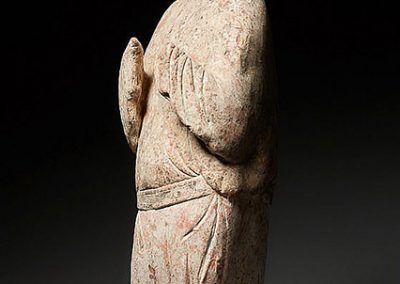 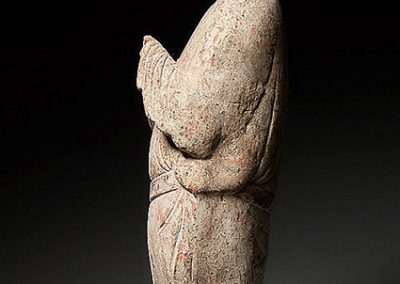 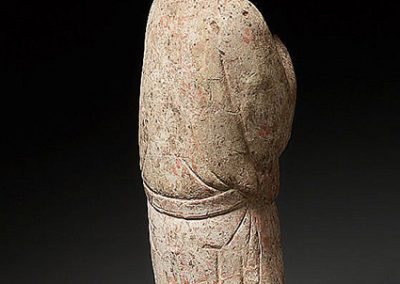 An  Impressive Large Painted Pottery Figure of a Court Lady

Impressive Large Court Lady, this court lady presents a particularly impressive figure with a very nicely curved pose defined by the lightly reclined, relaxed upper body. One foot is placed to the side; entire stand on a flat, irregular, octagonal plate. Floor-length robe with pleats, both hands raised on the chest. Very spiritedly composed feminine features of the round, full-cheeked face with finely painted eyes and brows. Big hairstyle with sideways hanging hair bun woduoji. Good complete condition, rest of original colour with red blossom pattern on the garments, including turquoise-green pigment. Age characteristics according to the time.

This elegant figure exemplifies the court that became fashionable in the second half of the Tang dynasty. Figures of similar style were excavated from the tomb of Wu Shouzhong, who was buried near the Tang capital, Xi’an, Shaanxi province, in 748 A.D. See The Quest of Eternity – Chinese Ceramic Sculptures from the People’s Republic of China, Los Angeles County Museum, 1987, nos. 83 and 84. Although the models of court ladies made in the early part of the Tang dynasty depict them wearing tight-fitting garments, which accentuated their slender forms, the reign of the Emperor Ming Huang seems to have heralded the growth in popularity of a more generous female form and the adoption of less structured, more flowing robes. This change in style has traditionally been attributed to the influence of the emperor’s adored concubine Yang Guifei, who was reported to have had a rather voluptuous figure. However, excavated figures suggest that the fashion for more voluptuous figures was already coming to prominence by the time that Yang Guifei won the emperor’s admiration.

The figures of this type usually hold their hands in front of them, in order to provide a more graceful arrangement of their sleeves. Some have their hands completely hidden, as can been seen in the present court lady and three other figures from the Schloss Collection.