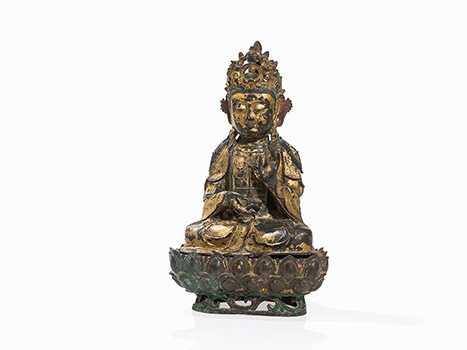 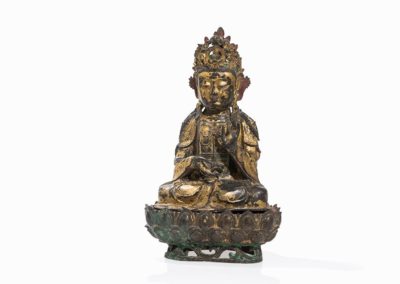 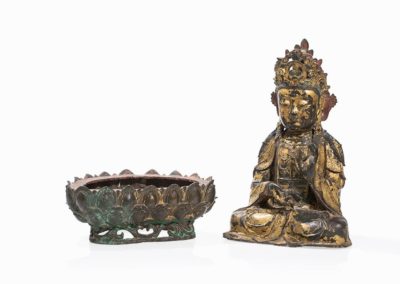 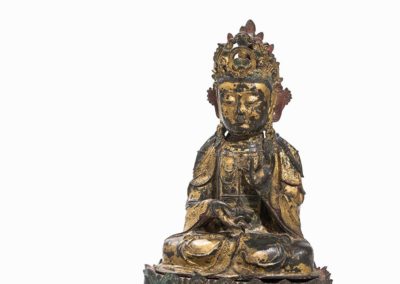 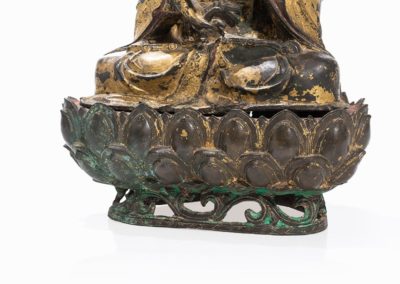 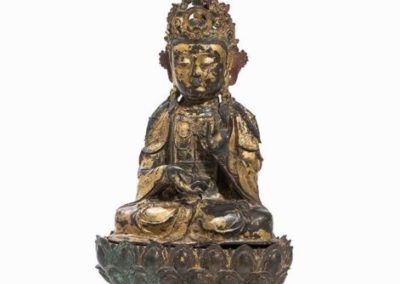 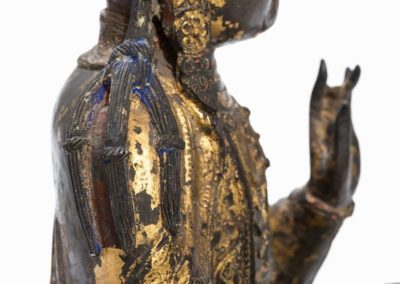 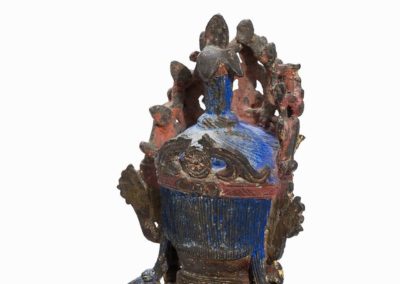 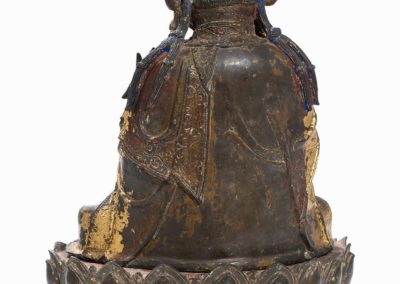 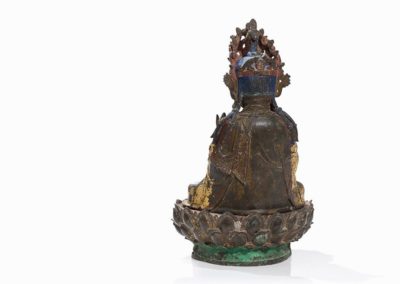 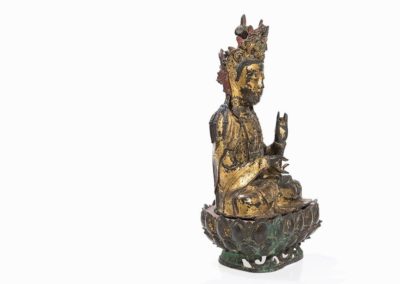 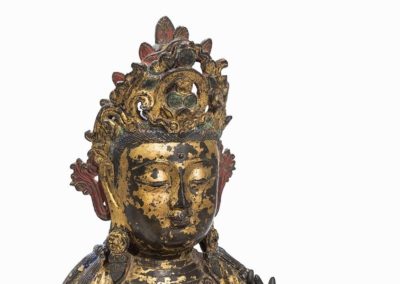 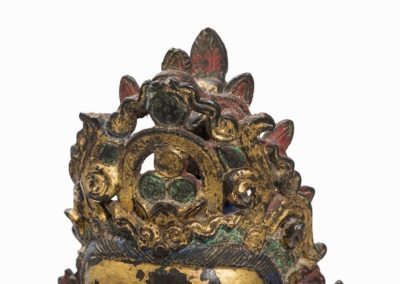 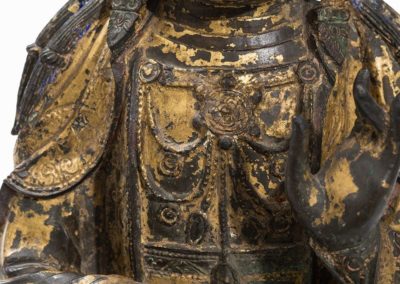 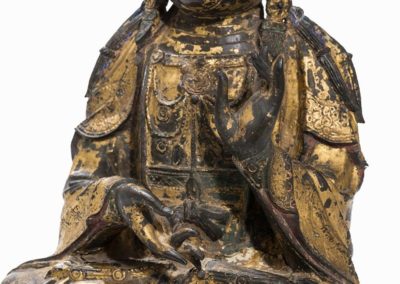 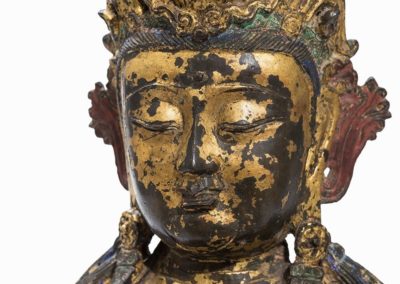 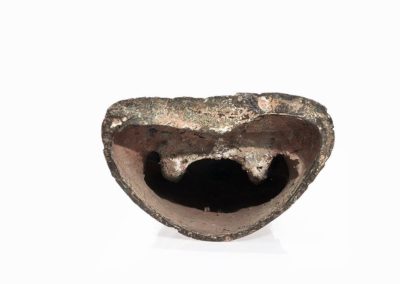 Large Gilded Guanyin Ming, a large gilded bronze figure of Guanyin seated in meditation on a separate lotus throne, both hands in mudra, on the head a high double-layered openwork crown, remains of blue, green and red pigments to the hair, crown and lotus base.

[1] Guanyin (in pinyin; previous transliterations Quan Yin, Kwan Yin, or Kuanyin[1]) is an East Asian goddess of mercy, and a bodhisattva associated with compassion as venerated by Mahayana Buddhists. The name Guanyin is short for Guanshiyin, which means “Observing the Sounds (or Cries) of the World”. She is also sometimes referred to as Guanyin Pusa (simplified Chinese: 观音菩萨; traditional Chinese: 觀音菩薩; pinyin: Guānyīn Púsà; literally: “Bodhisattva Guanyin”).[2] Some Buddhists believe that when one of their adherents departs from this world, they are placed by Guanyin in the heart of a lotus, and then sent to the western pure land of Sukhāvatī.[3]

It is generally accepted among East Asian adherents that Guanyin originated as the Sanskrit Avalokiteśvara (अवलोकितेश्वर). Commonly known in English as the Mercy Goddess or Goddess of Mercy,[4] Guanyin is also revered by Chinese Taoists as an immortal. In Chinese folk religion there are mythical accounts about Guanyin’s origins that are not associated to the Avalokiteśvara described in Buddhist sutras