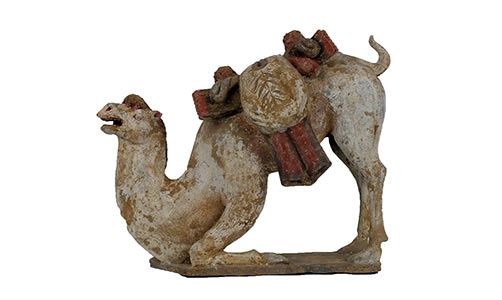 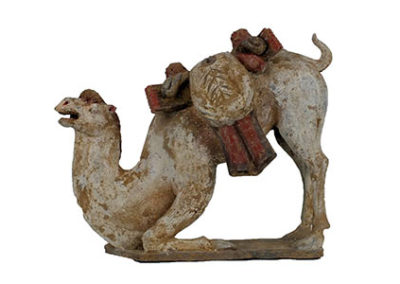 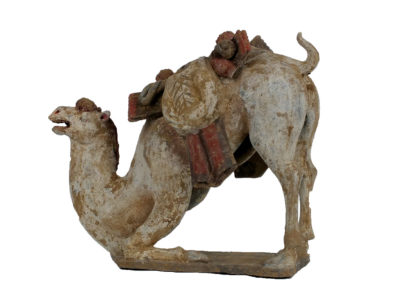 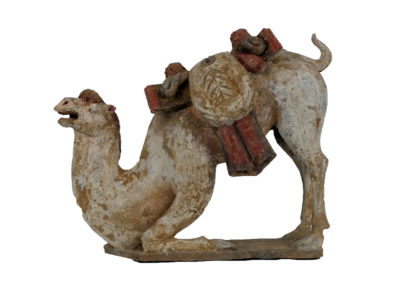 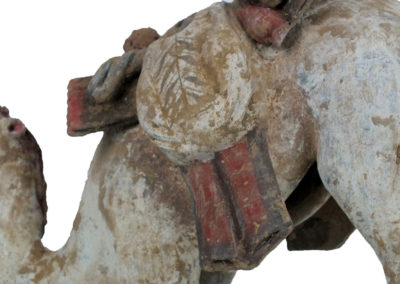 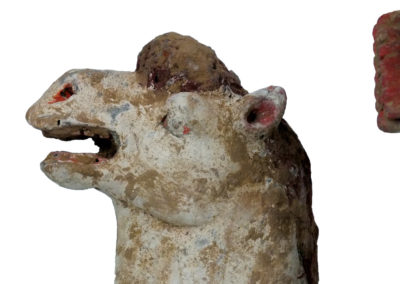 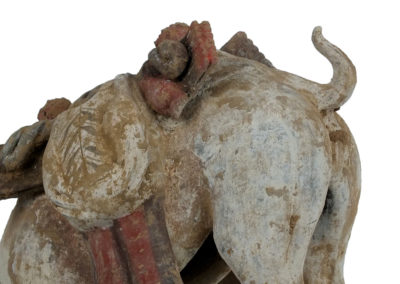 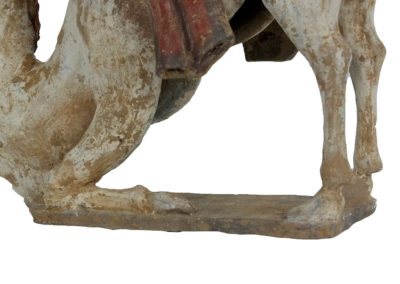 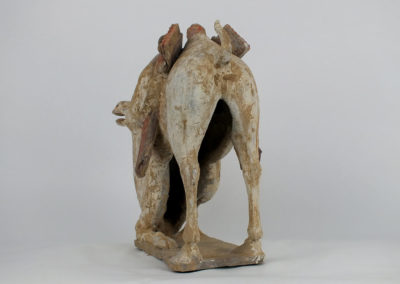 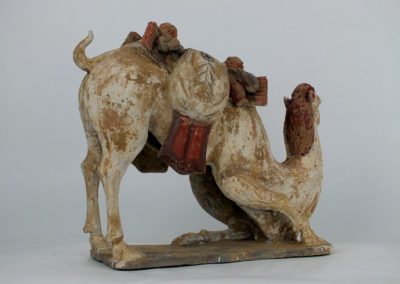 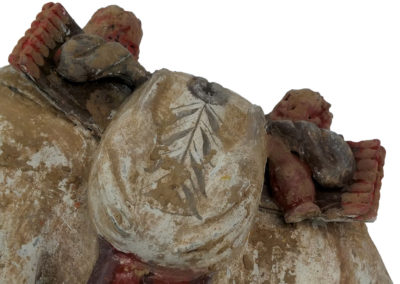 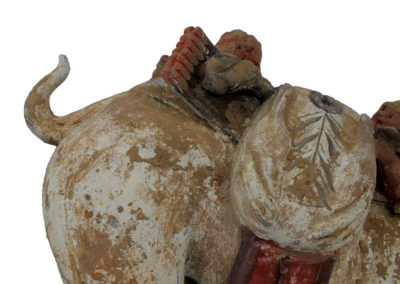 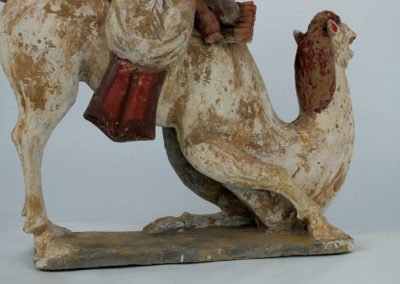 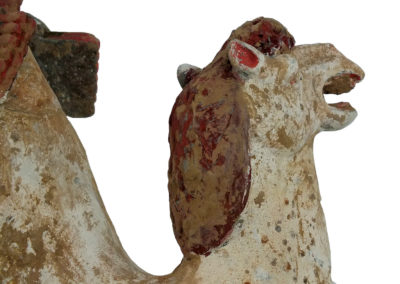 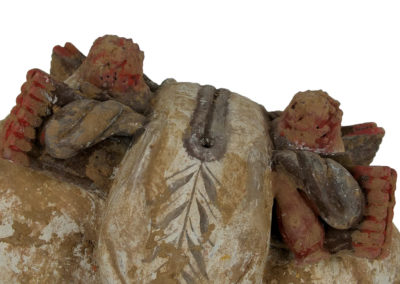 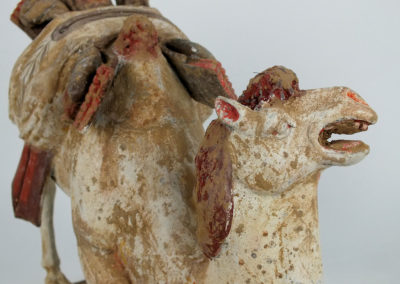 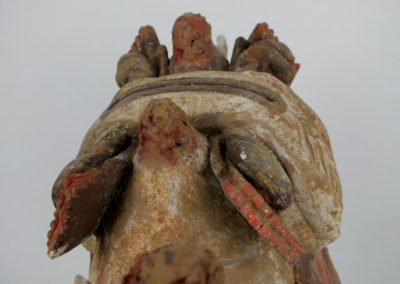 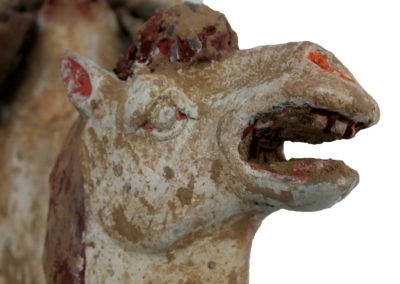 Large Tang Dynasty Crouching Bactrian Camel. Modelled with its forelegs folded beneath it and hindlegs extended as if in the process of sitting or standing. Wearing a saddle suspending pounces and objects, its head turned to the left and together with its humps covered in hair, with its mouth open, supported on a rectangular base, original red, black, white and orange pigment.

Chinese ceramics saw many significant developments, including the first Chinese porcelain meeting both Western and Chinese definitions of porcelain, in Ding ware and related types. The earthenware Tang dynasty tomb figures are better known in the West today, but were only made to place in elite tombs close to the capital in the north, between about 680 and 760. They were perhaps the last significant fine earthenware’s to be produced in China, many lead-glazed sancai (three-color) wares, which was also used for vessels for burial, and perhaps for use; the glaze was less toxic than in the Han, but perhaps still to be avoided for use at the dining table. Others are unpainted or were painted over a slip; the paint has now often fallen off.

In the south the wares from the Changsha Tongguan Kiln Site in Tongguan are significant as the first regular use of underglaze painting; examples have been found in many places in the Islamic world. However, the production tailed off and underglaze painting remained a minor technique for several centuries.

Yue ware was the leading high-fired, lime-glazed celadon of the period, and was of very sophisticated design, patronized by the court. This was also the case with the northern porcelains of kilns in the provinces of Henan and Hebei, which for the first time met the Western as well as the Eastern definition of porcelain, being a pure white and translucent. 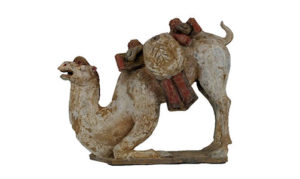