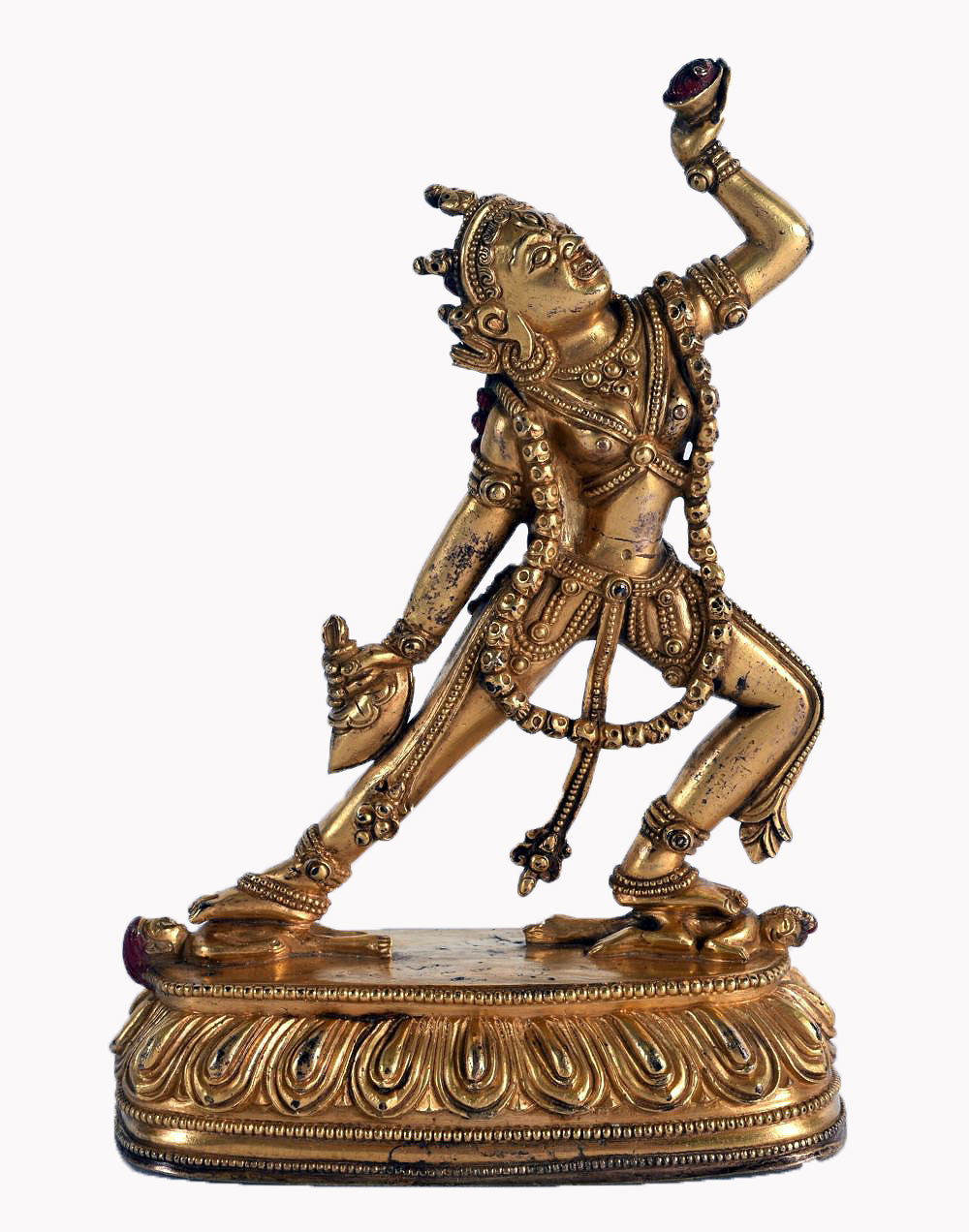 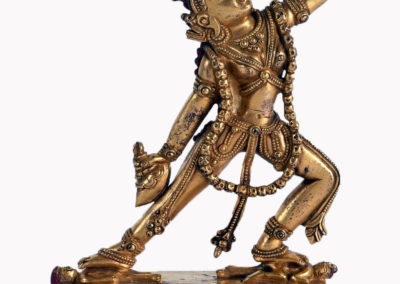 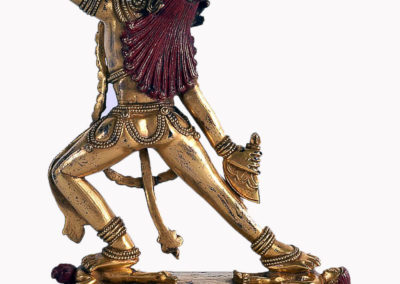 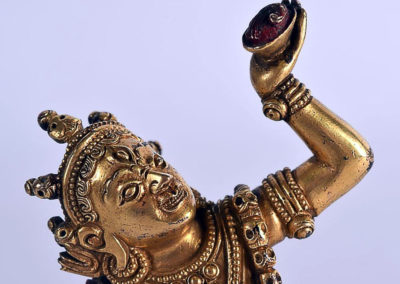 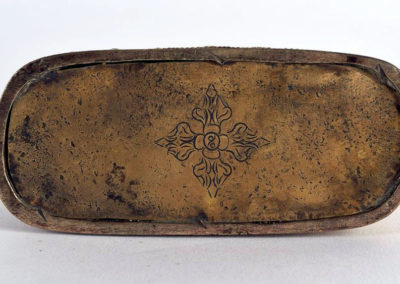 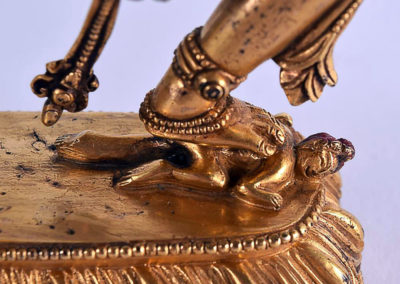 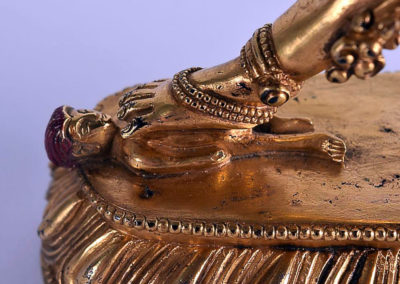 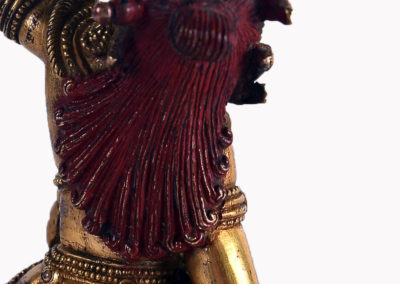 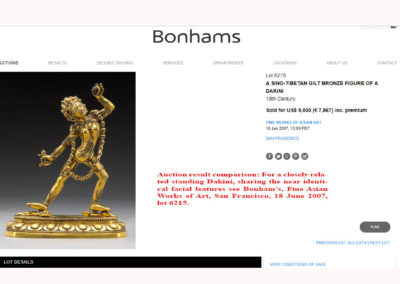 Sino Tibetan Gilt Bronze Dakini. Possibly depicting Sarvabuddha-dakini (Na-ro kha-cho-ma), the female divinity in Dharmapala ornaments steps to her left on two small supine figures while drinking blood from a kapala (skull cup), the other hand holding a karttrka (chopper), her topknot surmounted by a five-prong vajra, all supported on an oval lotus pedestal

Although ḍākinī figures appear in Hinduism and Bon, ḍākinīs occur most notably in Vajrayana Buddhism and especially Tibetan Buddhism. The khandroma, generally of volatile or wrathful temperament, acts somewhat as spiritual muse for spiritual practice. Dakinis are energetic beings in female form, evocative of the movement of energy in space. In this context, the sky or space indicates śūnyatā, the insubstantiality of all phenomena, which is, at the same time, the pure potentiality for all possible manifestations

When considered as a stage on the Vajrayana Path, the ḍākinī is the final stages: the first is the guru, which corresponds to the initial realization of the true condition of reality, as this is introduced by the guru in the empowerment, if the disciple obtains what the Inner Tantrascall peyi yeshe (Wylie: dpe yi ye shes) or the clarity of shunyata. The second is the devata, which corresponds to the meditation insofar as the devata is the method used for developing the state discovered in the initial realization of the true condition of reality. The third stage is the ḍākinī insofar as the ḍākinī is the source of the activities based on the realization of the guru and the meditation of the devata.

In Dzogchen these three correspond to tawa (lta ba), gompa (sgom pa) and chöpa (spyod pa): the first is the direct vision of the true nature of reality rather than an intellectual view of reality, as is the case with the term in other vehicles; the second is the continuity of this vision in sessions of meditation; and the third is the continuity of this vision in everyday activities. As a tantric practice, imperfections are utilised to make the vision uninterrupted. As the Base, the ḍākinīs are the energies of life; as the Path, they are the activities of advanced practitioners; as the Fruit, they are the actionless activities of realized Masters