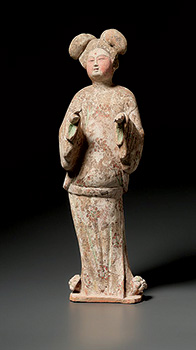 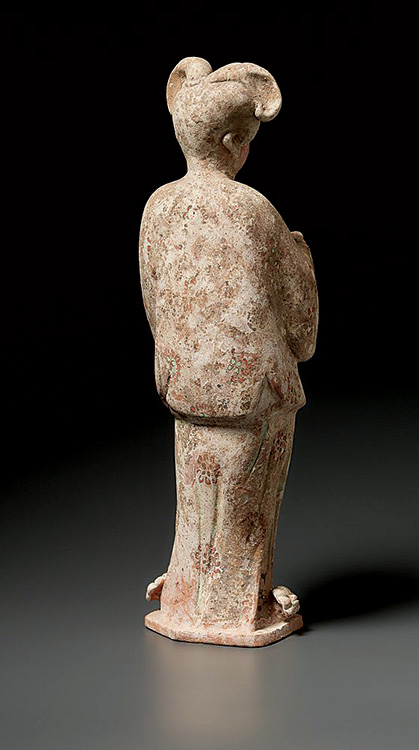 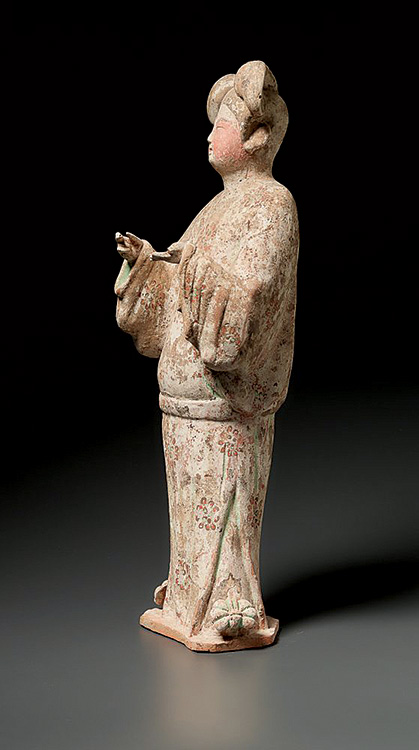 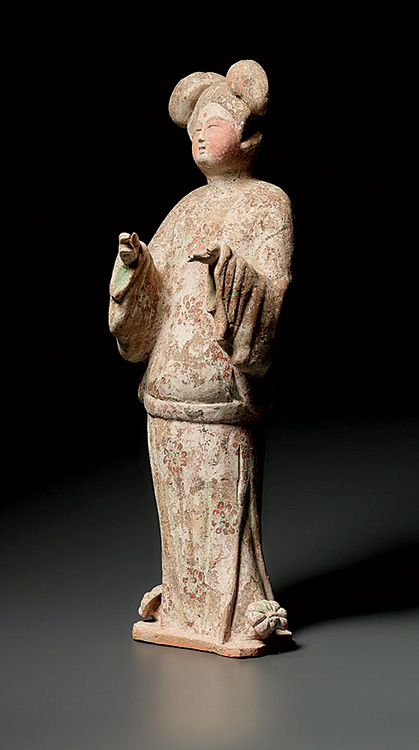 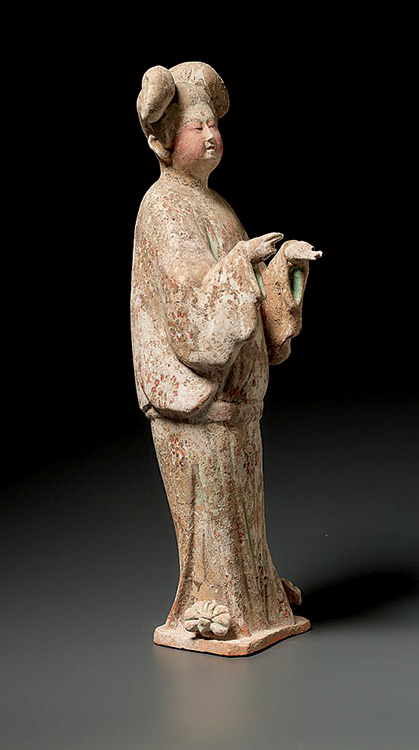 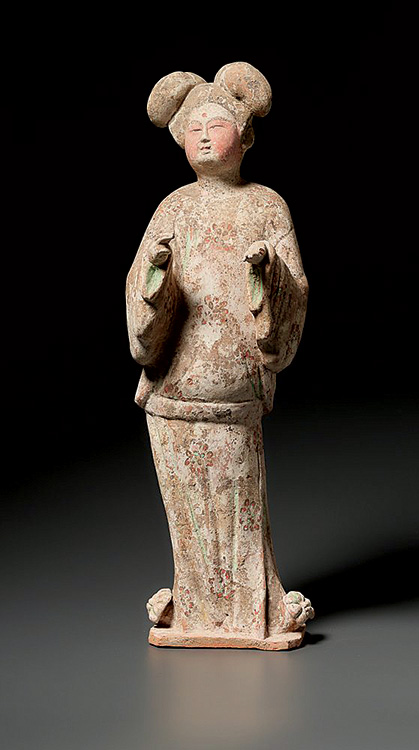 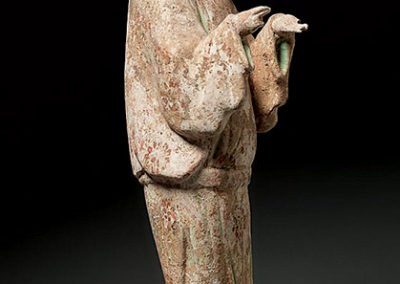 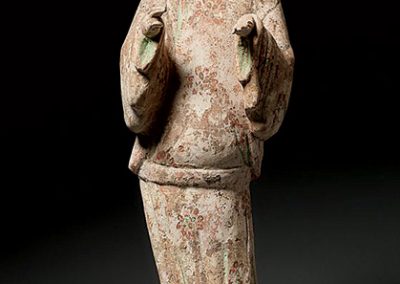 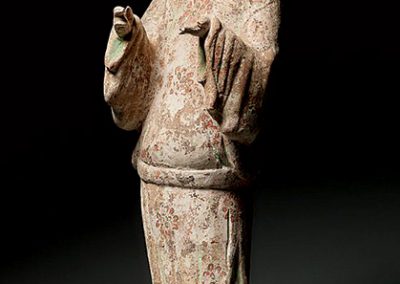 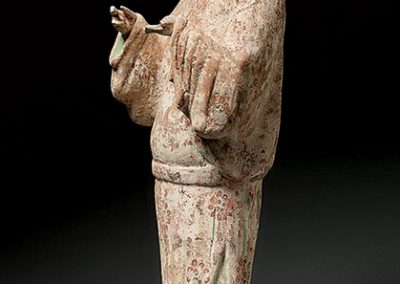 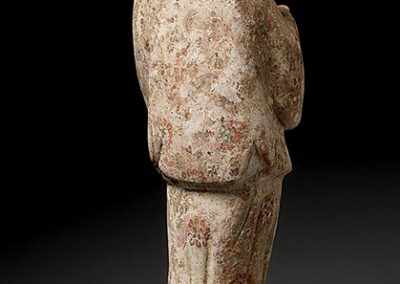 Painted Pottery Court Lady, the court lady standing with both hands gracefully in front of her body, with her body swayed slightly to the right as she tilts her head upwards, wearing heavy robes falling to the tops of her cloud-toed shoes, her hair dressed in a stiff coiffure framing her full face. Scattered blossoms in two colors (red and green) overall on the floor-length, two-part garments. The figurine stands on a flat plate, generous remains of cold painting, completely preserved original condition.

This elegant figure exemplifies the court that became fashionable in the second half of the Tang dynasty. Figures of similar style were excavated from the tomb of Wu Shouzhong, who was buried near the Tang capital, Xi’an, Shaanxi province, in 748 A.D. See The Quest of Eternity – Chinese Ceramic Sculptures from the People’s Republic of China, Los Angeles County Museum, 1987, nos. 83 and 84. Although the models of court ladies made in the early part of the Tang dynasty depict them wearing tight-fitting garments, which accentuated their slender forms, the reign of the Emperor Ming Huang seems to have heralded the growth in popularity of a more generous female form and the adoption of less structured, more flowing robes. This change in style has traditionally been attributed to the influence of the emperor’s adored concubine Yang Guifei, who was reported to have had a rather voluptuous figure. However, excavated figures suggest that the fashion for more voluptuous figures was already coming to prominence by the time that Yang Guifei won the emperor’s admiration.