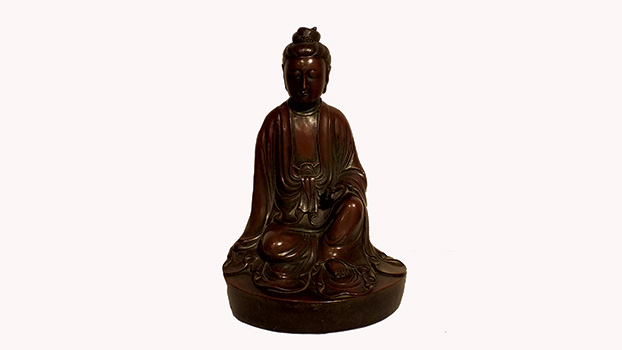 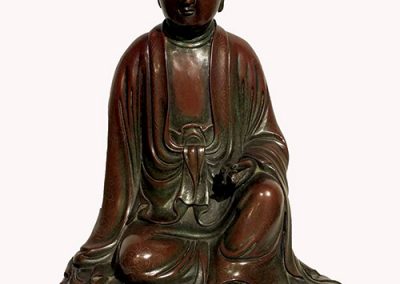 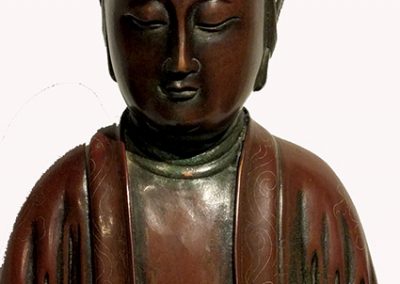 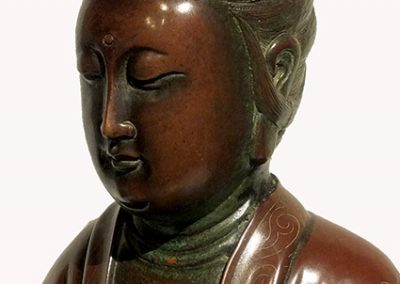 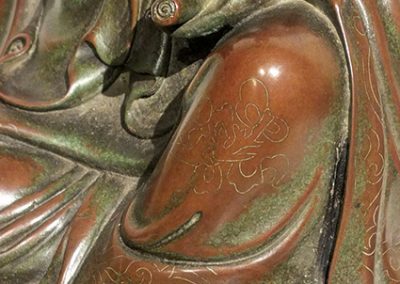 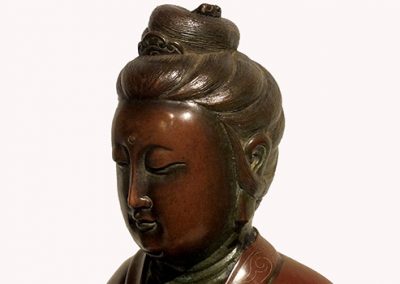 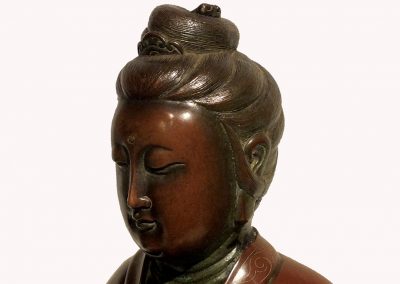 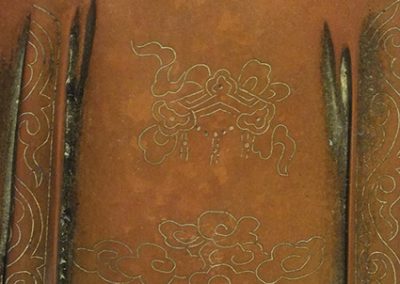 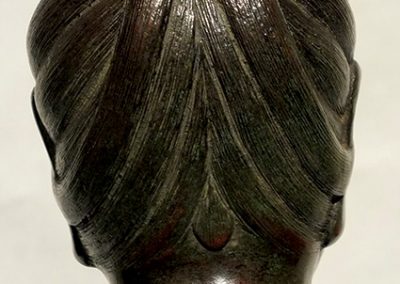 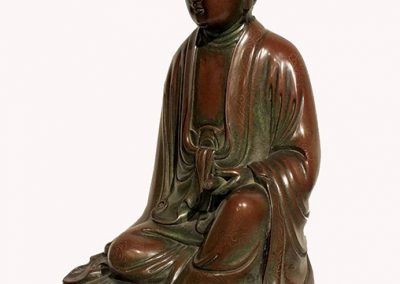 Silver Wire Inlaid Bronze GuanYin, seating in rajalilasana with the left hand holding a object resting on the raised left knee while the other hand is resting on the round base, wearing various robes inlaid with silver-wire scrolling tendrils along its borders and cloud motifs all over, her face with downcast expression below arched eyebrows that run into the nose bridge, silver inlaid urna, smiling lips and hair coiffed into a long twisted tress on top of her head, unsealed.

Guanyin is an East Asian spiritual figure of mercy, and a bodhisattva associated with compassion as venerated by Mahayana Buddhists. The name Guanyin is short for Guanshiyin, which means “Perceiving the Sounds (or Cries) of the World”. She is also sometimes referred to as Guanyin Bodhisattva (Chinese: 觀世音菩薩 (Traditional Chinese) or 观世音菩萨 (Simplified Chinese), Guān shì Yīn Pú Sà).  Some Buddhists believe that when one of their adherents departs from this world, they are placed by Guanyin in the heart of a lotus, and then sent to the western pure land of Sukhāvatī.

It is generally accepted among East Asian adherents that Guanyin originated as the Sanskrit Avalokiteśvara. Commonly known in English as the Mercy Goddess or Goddess of Mercy, Guanyin is also revered by Taoists as an immortal. In Chinese folk religionthere are mythical accounts about Guanyin’s origins that are not associated with the Avalokiteśvara described in Buddhist sutras. 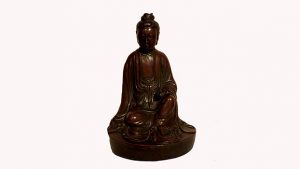