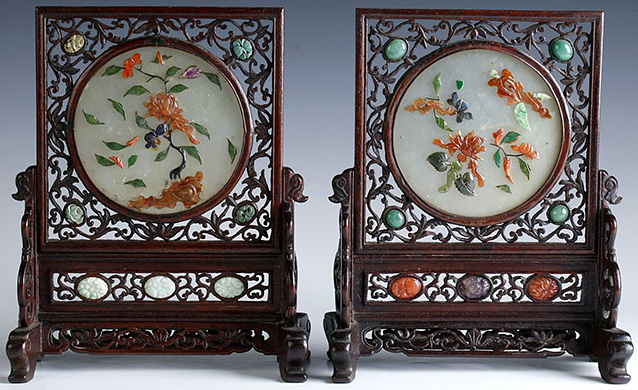 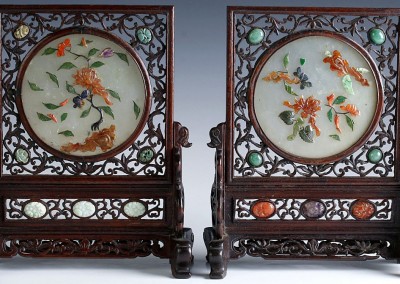 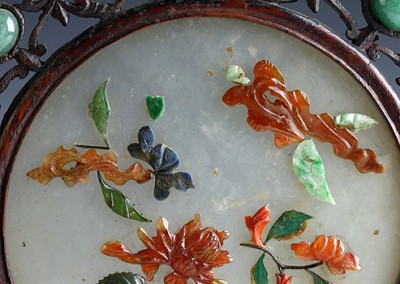 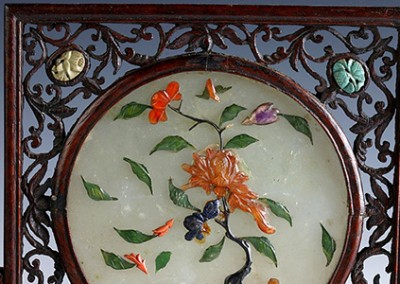 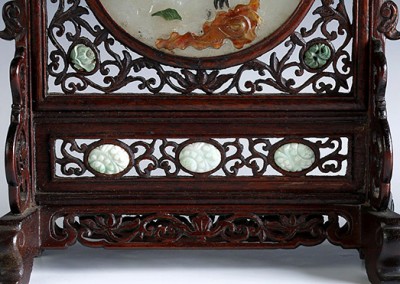 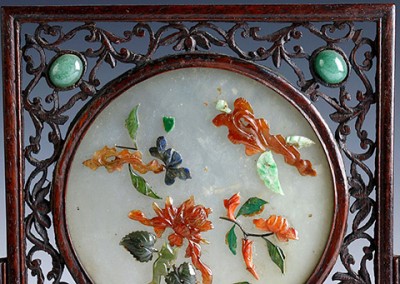 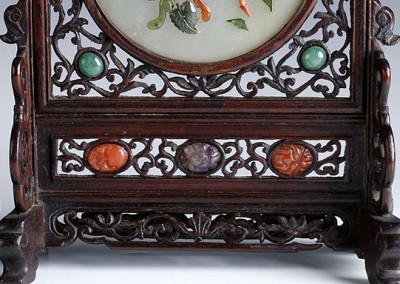 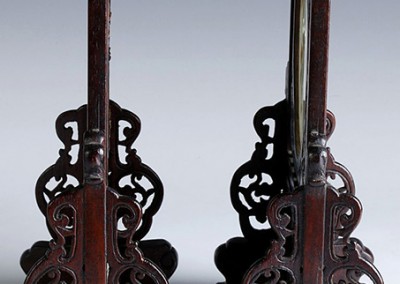 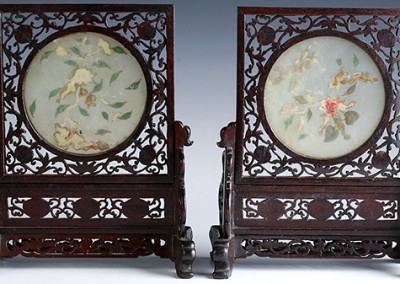 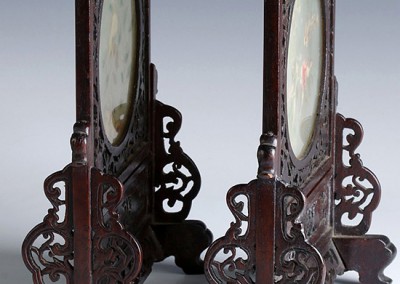 WHITE JADE TABLE SCREENS. One side of each pair carved in high relief with inset circular jade panels having floral designs with inlays of other hard stones.

A disassembled imperial Chinese table screen has set an auction house record after selling as part of a French auction, which was held on October 28 in Chartres.

Serving primarily as a decorative item, the table screen is thought to have also been used for meditation. It is thought to originate from the “heart of imperial China”, likely the imperial court itself, which makes it extremely sought after.

Measuring 26 by 18cm, the piece features a white jade disc at its centre and originates from the 18th century. It has been held in the private collection of the current owner -a local man -since 1860 and was only sold a she “thought it could be worth something”.

The sale is a further example of rare Chinese furniture returning to its homeland at the hands of the country’s wealthy investors. The Chinese art market grew by 64% in 2011, seeing an increase in demand that has caused values for the top items to rise across the world. 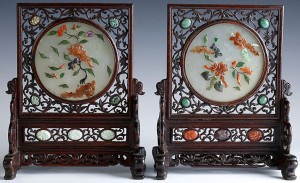