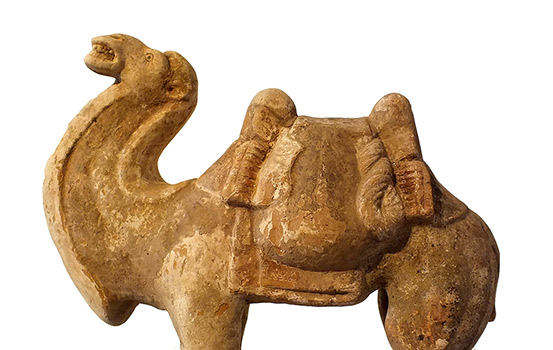 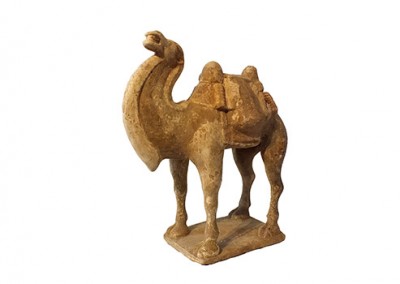 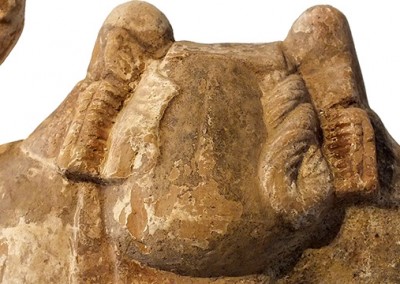 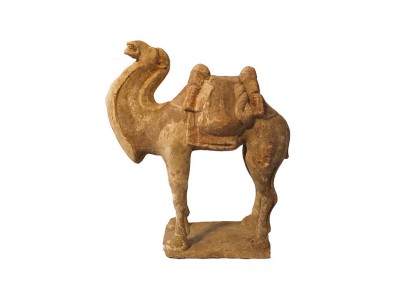 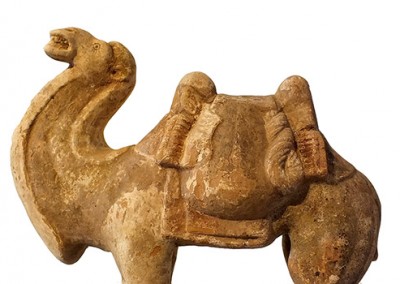 Grey pottery; the result of the thermoluminescence test, is consistent with the dating of the item.

Fine Bactrian Camel, the braying camel naturalistically modeled, standing foursquare with raised head on a rectangular base, the saddle cloth attached with rope to a dead boar and hare and some parcels, with original black and white pigment.

* The Bactrian camel (Camelus bactrianus) is a large, even-toed ungulate native to the steppes of Central Asia. Of the two species of camel, it is by far the rarer.[2] The Bactrian camel has two humps on its back, in contrast to the single-humped dromedary camel.[3] Its population of two million exists mainly in the domesticated form.[4] Some authorities, notably the International Union for Conservation of Nature (IUCN), use the binomial name Camelus ferus for the wild Bactrian camel and reserve Camelus bactrianus for the domesticated Bactrian camel.[1] Their name comes from the ancient historical region of Bactria.[5]

The domesticated Bactrian camel has served as a pack animal in inner Asia since ancient times. With its tolerance for cold, drought, and high altitudes, it enabled travel such as the caravans of the Silk Road.[6] The wild form has dwindled to a population estimated at 800 in October 2002 and has been classified as critically endangered on the IUCN Red List of Threatened Species.[1] Its range in the wild is restricted to remote regions of the Gobi and Taklamakan Deserts of Mongolia and China, migrating from the desert to rivers in Siberia during winter.[7] A small number of wild Bactrian camels still roam the Mangystau Province of southwest Kazakhstan and the Kashmir valley in India. Feral herds of Bactrian camels are found in Australia. 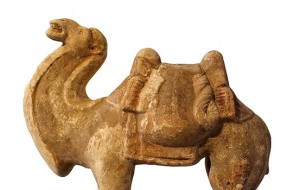