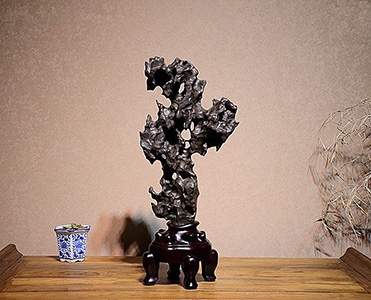 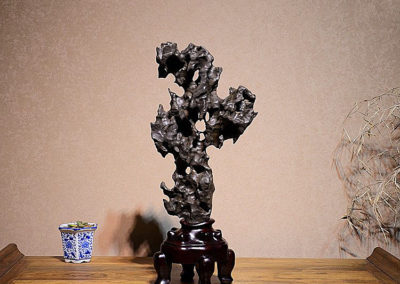 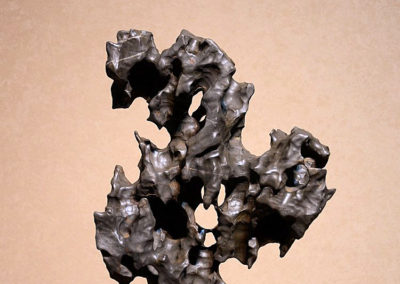 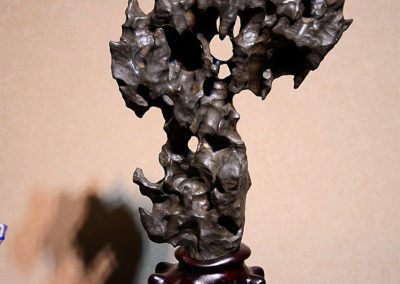 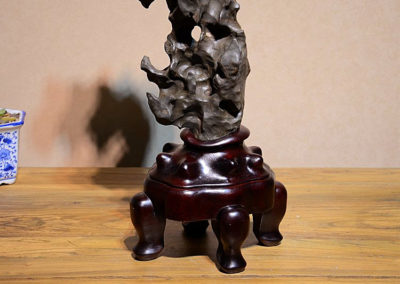 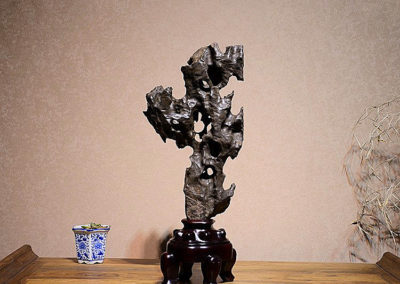 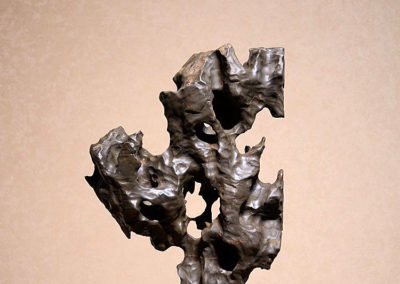 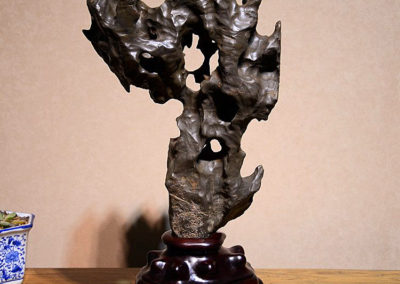 Scholars’ rocks can be any colour, and contrasting colours are not uncommon. The size of the stone can also be quite varied: scholars’ rocks can weigh either hundreds of pounds or less than one pound.[2] The term also identifies stones which are placed in traditional Chinese gardens.

In the Tang dynasty, a set of four important qualities for the rocks were recognized. They are: thinness (shou), openness (tou), perforations (lou), and wrinkling (zhou).

The origin of the stone is a notable feature. 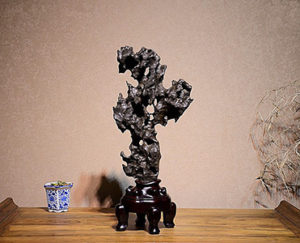