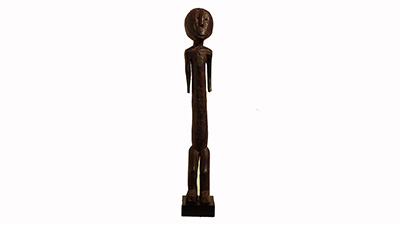 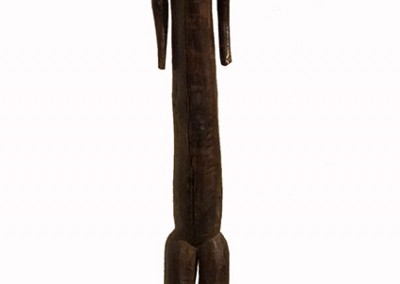 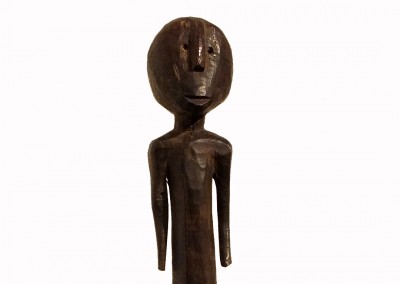 Fine Sukuma Figure, the figure carved out from dark, heavy wood with a shiny surface. The figure tends to have elongated features with the face divided into two planes.

* Relationships between the Sukuma and their non-Nyamwezi neighbors, the Tatoga, were generally good and they did not regard each other as enemies. They needed one another. The Tatoga needed the grain of the Sukuma while the Sukuma needed the cattle and the highly regarded rainmaking diviners of the Tatoga. (Rainmaking experts of the Tatoga were considered the very best at this important and highly specialized activity. The Masaai, however, in contrast to the Tatoga, were considered enemies. The Tatoga-Sukuma relationship was centered on cultural and economic exchange, while the Sukuma-Massai connection was centered in fear and hatred, for cattle were the only thing the Massai wanted from the Sukuma, believing that God had granted the Massai all the cattle in the world, it is still possible that some peaceful relationship did exist. The Sukuma were very selective in what they assimilated, just as the Nyamwesi were, they were able to assimilate others but were unable to assimilate themselves into other societies. One Sukuma myth states that the Tatoga (Taturu) were their leaders and chiefs when they migrated from the north; the Taturu were the cattle herders and needed open plains for their cattle and moved on into the greater Serengeti area. The Sukuma were left closer to the big Nyanza (Lake Victoria), cleared the forests and became the agriculturalists. Even then, when the Taturu moved out toward the plains, they left Taturu administrators to “rule” over the Sukuma. For this reason, up until the time of the dissolution of the chieftain system, all chiefs and major headmen represented themselves as Taturu even though they were now within the Sukuma area. 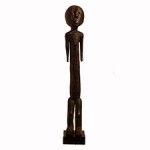