Gantha in copper and brass 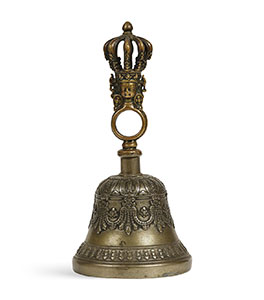 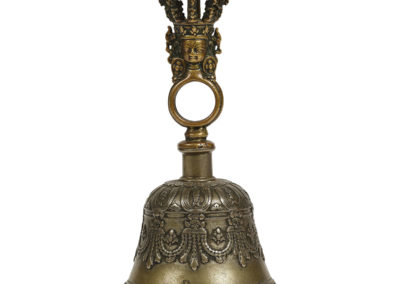 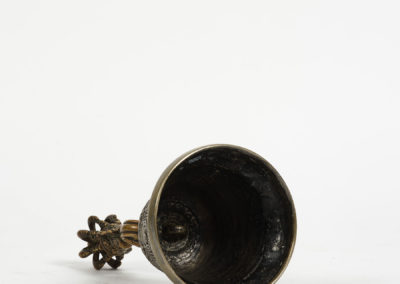 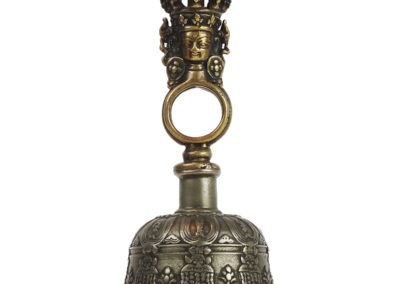 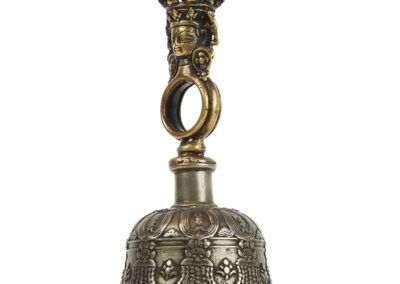 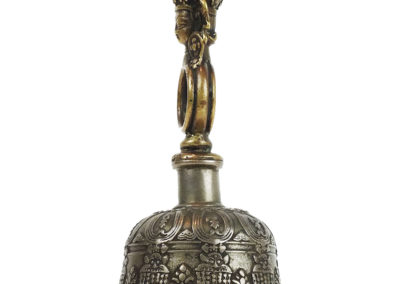 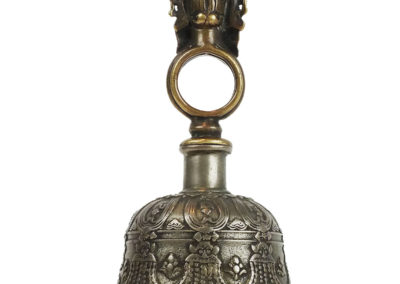 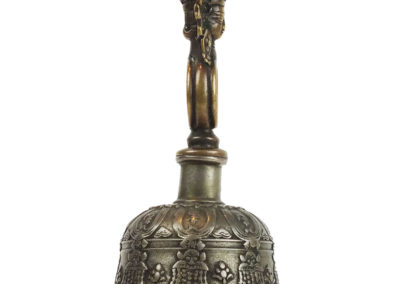 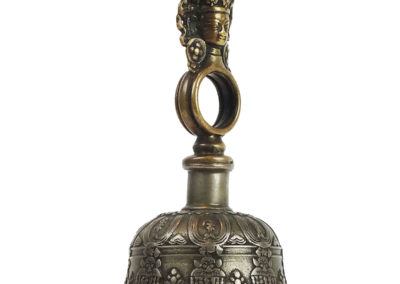 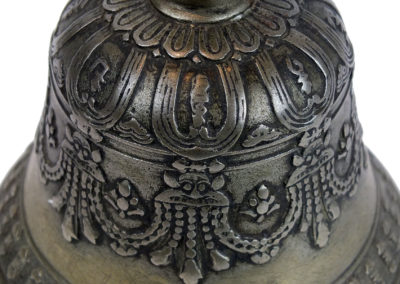 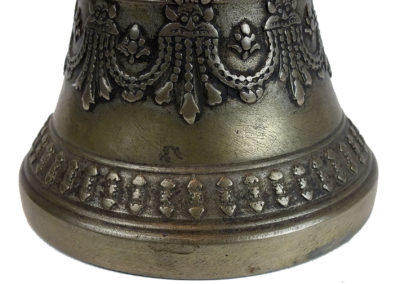 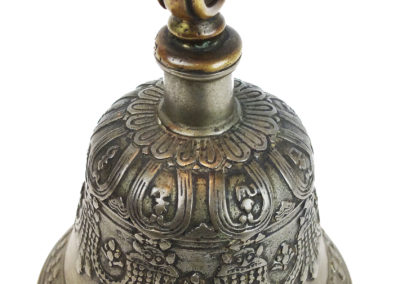 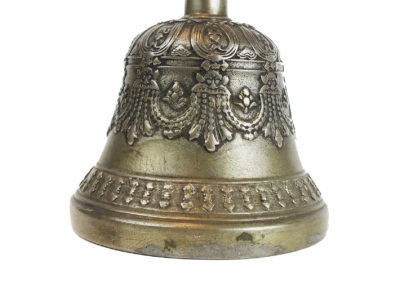 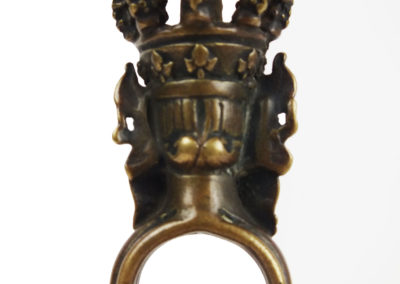 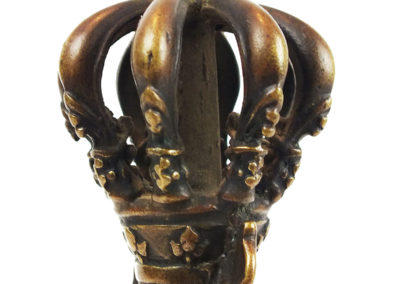 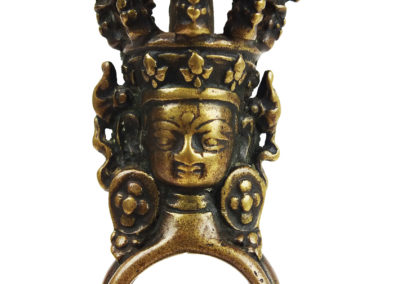 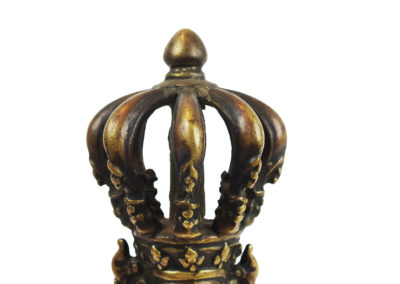 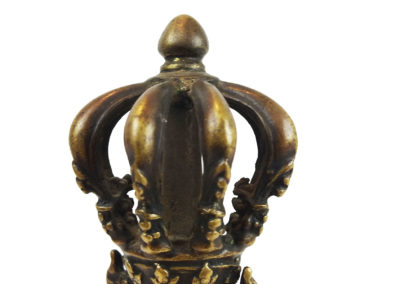 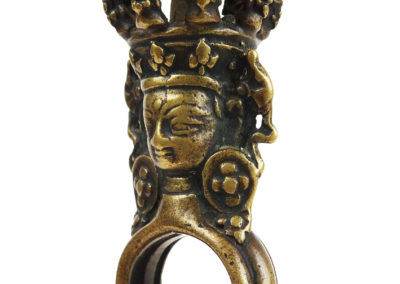 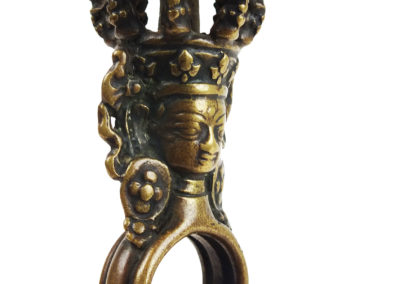 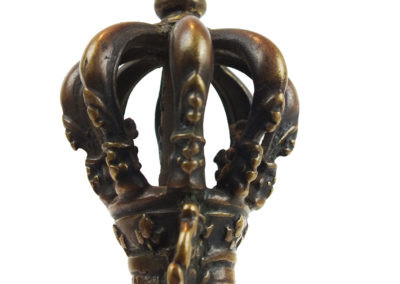 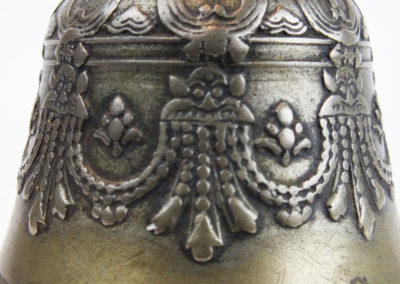 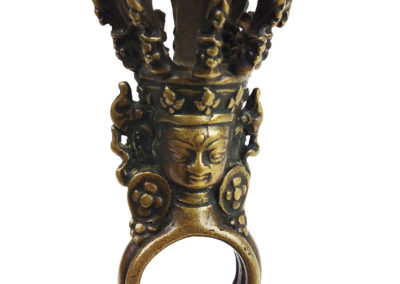 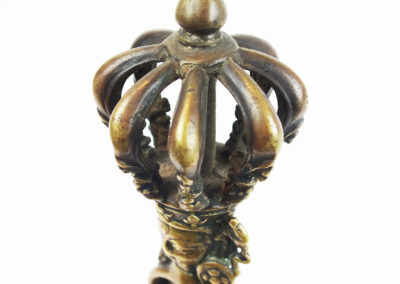 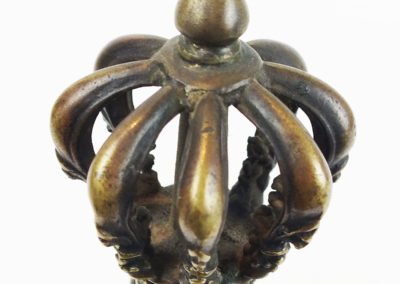 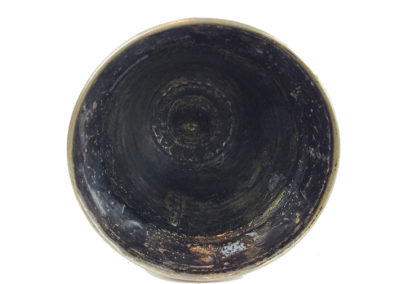 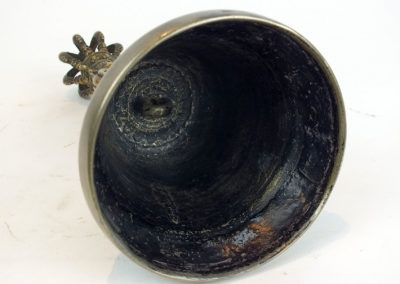 Gantha in copper and brass

Gantha in copper and brass. Decorated in slight relief with strips of vajras and garlands of pearls. A head of a deity dressed in a crown adorns the handle.

*Ghanta (tibetan: drilbu) is the Sanskrit term for a ritual bell used in Hinduistic religious practices. The ringing of the bell produces what is regarded as an auspicious sound. Hindu temples generally have one metal bell hanging at the entrance and devotees ring the bell while entering the temple which is an essential part in preparation of having a darshan. A bell is also rung by priests during Pūjā or Yajna – during the waving of light, burning of incense in front of the deity, while bathing the deity and while offering food or flowers. There are bells specially made to produce the long strains of the sound Aum.

The bell is generally made out of brass. A clapper is attached to the inside and the bell makes a high pitched sound when rung. The top of the bell handle is usually adorned with a brass figure – bells intended for use in the worship of Lord Shiva will have a figure of Lord Nandi, while those used in the worship of Lord Vishnu or his avatars as Rama, Narasimha or Krishna will have a figure of Garuda or Panchajanya shanka or Sudarshana Chakra.

In Hinduism, bells are generally hung at the temple dome in front of the Garbhagriha. Generally, devotees ring the bell while entering into the sanctum. It is said that by ringing the bell, the devotee informs the deity of his/her arrival. The sound of the bell is considered auspicious which welcomes divinity and dispels evil.[4] The sound of the bell is said to disengage mind from ongoing thoughts thus making the mind more receptive.[5] Bell ringing during prayer is said to help in controlling the ever wandering mind and focusing on the deity.