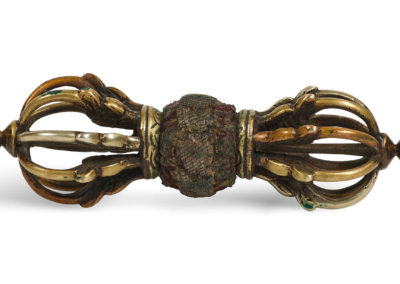 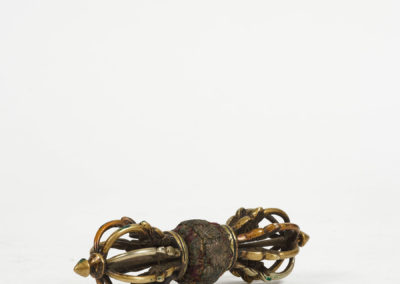 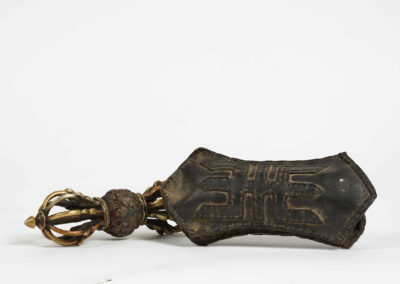 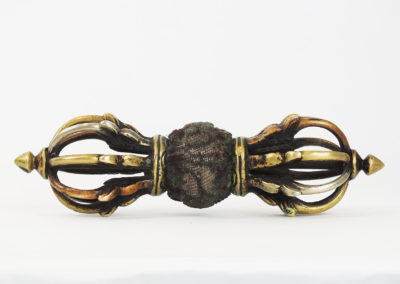 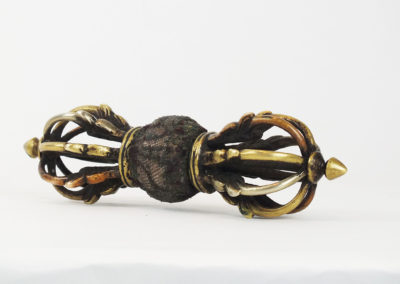 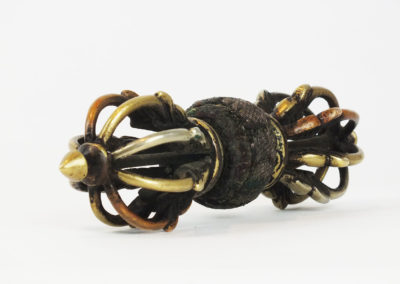 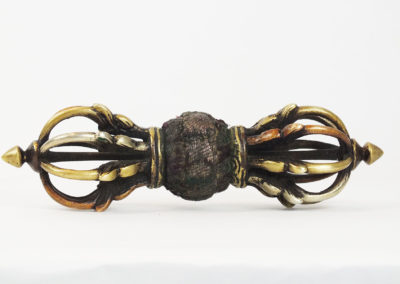 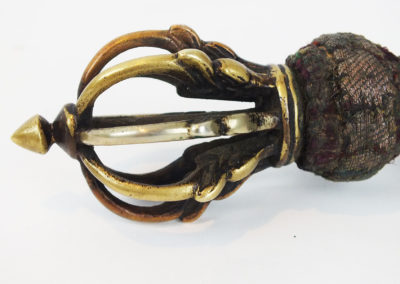 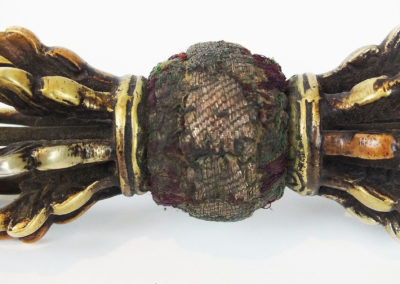 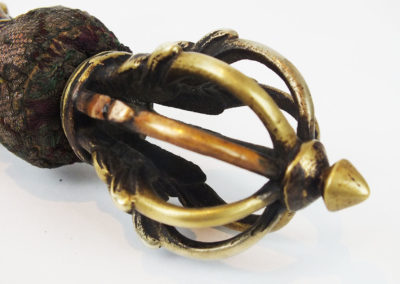 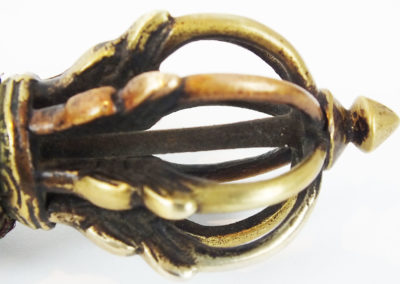 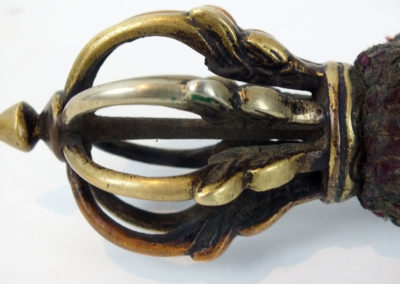 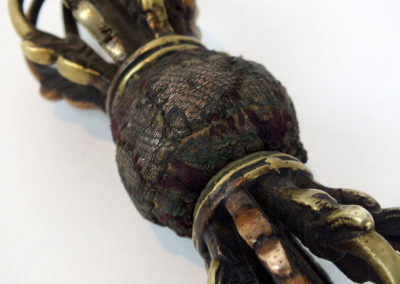 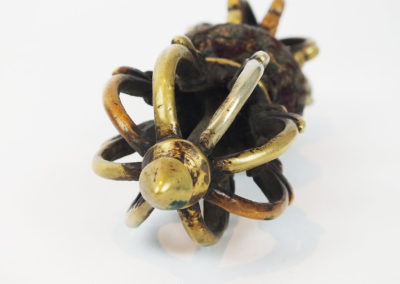 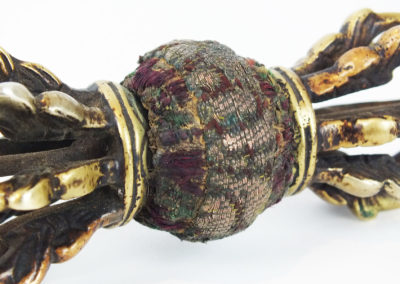 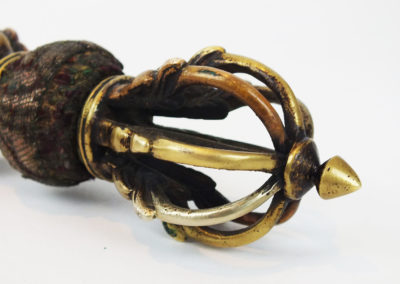 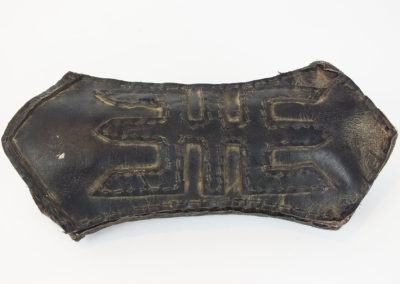 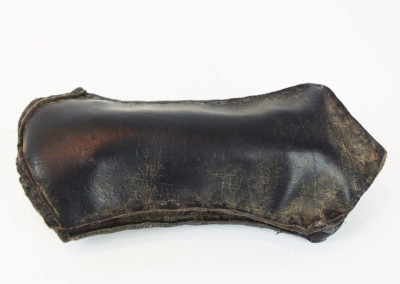 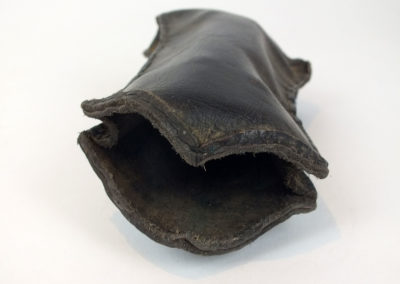 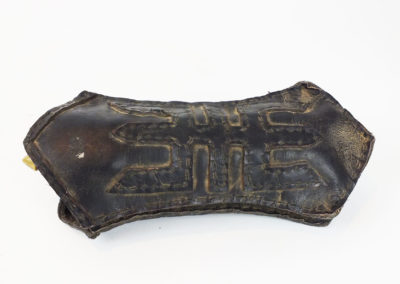 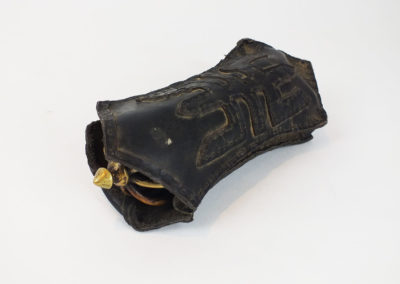 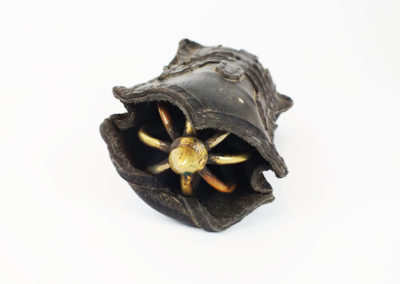 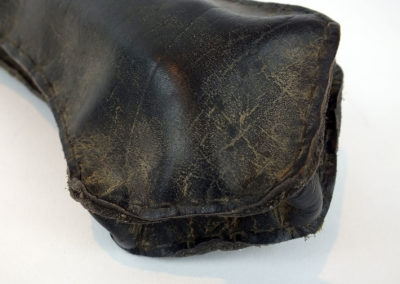 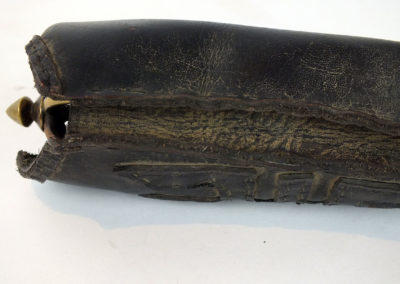 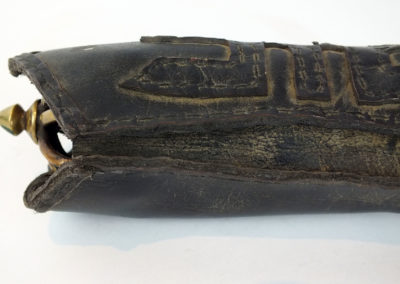 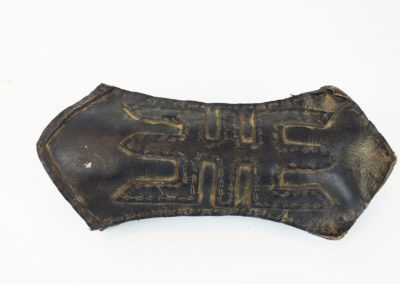 A vajra is a weapon used as a ritual object to symbolize both the properties of a diamond (indestructibility) and a thunderbolt (irresistible force); the Sanskrit word having both meanings.

The vajra is essentially a type of club with a ribbed spherical head. The ribs may meet in a ball-shaped top, or they may be separate and end in sharp points with which to stab. The vajra is the weapon of the Indian Vedic rain and thunder-deity Indra, and is used symbolically by the dharma traditions of Buddhism, Jainism and Hinduism, often to represent firmness of spirit and spiritual power. According to the Indian mythology, vajra is considered as one of the most powerful weapons in the universe. The use of the vajra as a symbolic and ritual tool spread from the Hindu religion to other religions in India and other parts of Asia.

In Buddhism, the vajra is the symbol of Vajrayana, one of the three major branches of Buddhism. Vajrayana is translated as “Thunderbolt Way” or “Diamond Way” and can imply the thunderbolt experience of Buddhist enlightenment or bodhi. It also implies indestructibility, just as diamonds are harder than other gemstones.

In Tantric Buddhism (Vajrayana) the vajra and tribu (bell)] are used in many rites by a lama or any Vajrayana practitioner of sadhana. The vajra is a male polysemic symbol that represents many things for the tantrika. The vajra is representative of upaya (skilful means) whereas its companion tool, the bell which is a female symbol, denotes prajna (wisdom). Some deities are shown holding each the vajra and bell in separate hands, symbolizing the union of the forces of compassion and wisdom, respectively.

Vajrasattva holds the vajra in his right hand and a bell in his left hand.

In the tantric traditions of Buddhism, the vajra is a symbol for the nature of reality, or sunyata, indicating endless creativity, potency, and skillful activity. The term is employed extensively in tantric literature: the term for the spiritual teacher is the vajracharya; one of the five dhyani buddhas is vajrasattva, and so on. The practice of prefixing terms, names, places, and so on by vajra represents the conscious attempt to recognize the transcendental aspect of all phenomena; it became part of the process of “sacramentalizing” the activities of the spiritual practitioner and encouraged him to engage all his psychophysical energies in the spiritual life.

An instrument symbolizing vajra is also extensively used in the rituals of the tantra. It consists of a spherical central section, with two symmetrical sets of five prongs, which arc out from lotus blooms on either side of the sphere and come to a point at two points equidistant from the centre, thus giving it the appearance of a “diamond sceptre”, which is how the term is sometimes translated.