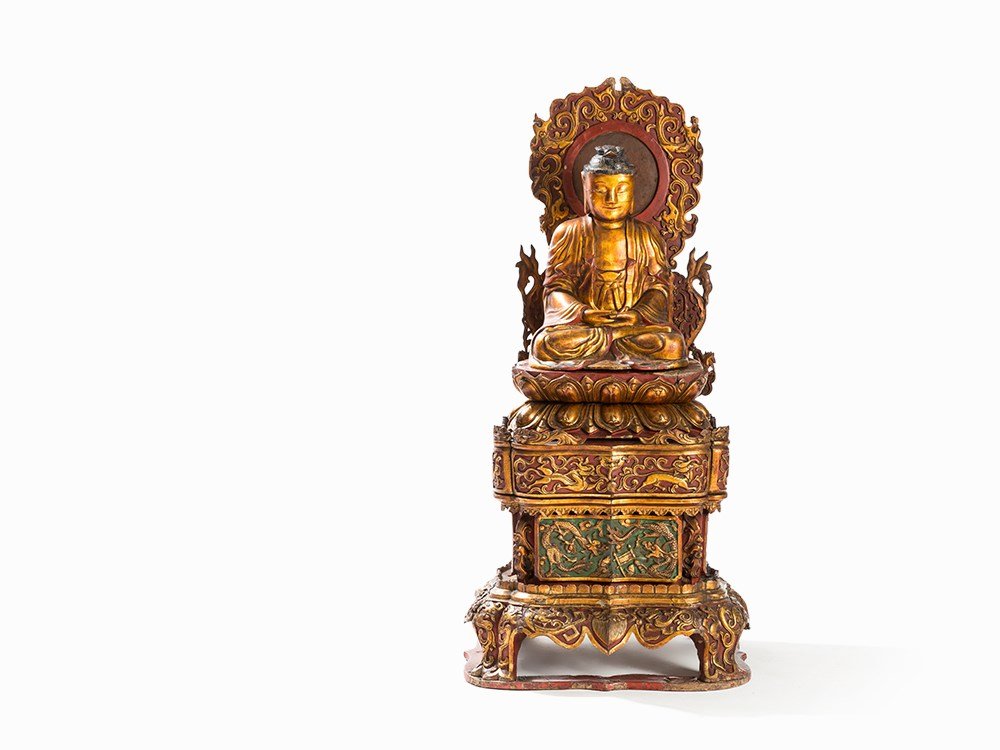 Important Large Chinese Buddha, seated in vajrasana on a separate sculpted lotus flower base, rising from the tiered hexagonal throne decorated with dragons, mask and foliate scrolls, the hands resting on his laps in dhyanamudra, wearing undergarment secured with a ribbon knotted to the front, wide sleeved mantle draped over both shoulders and falling in large pleats over his legs, the face displaying a serene expression with downcast eyes below arched eyebrows that run into the nose-bridge, smiling lips, slightly puffy cheeks. 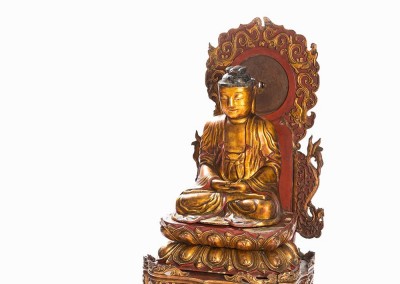 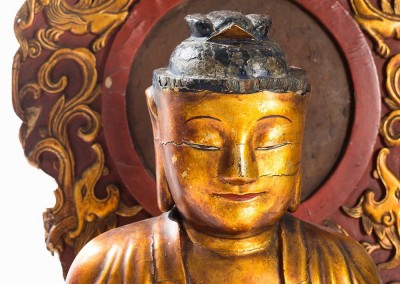 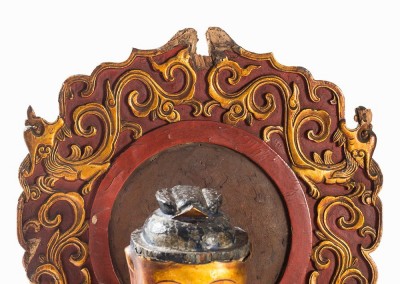 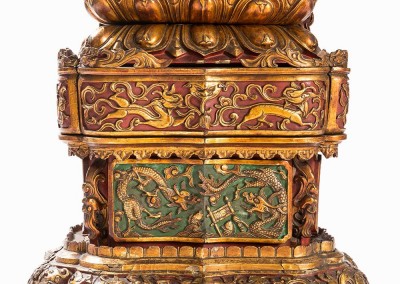 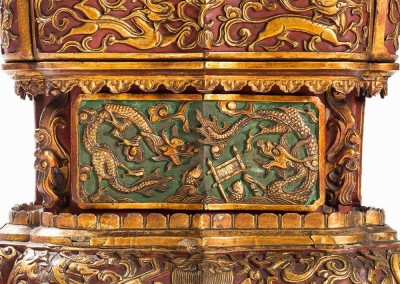 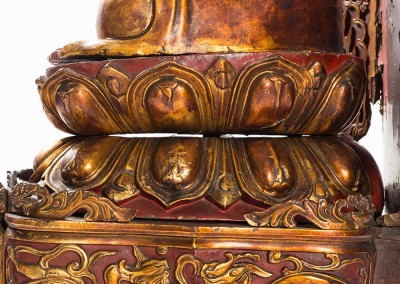 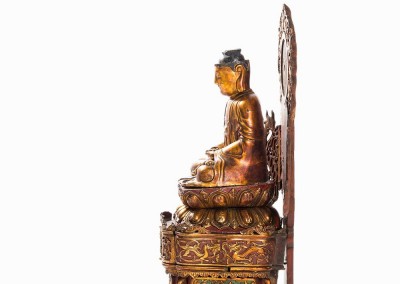 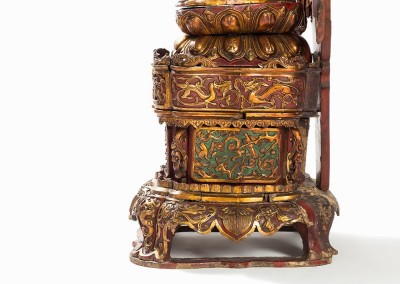 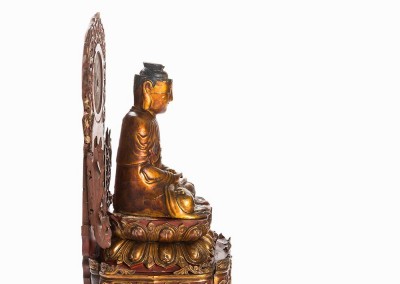 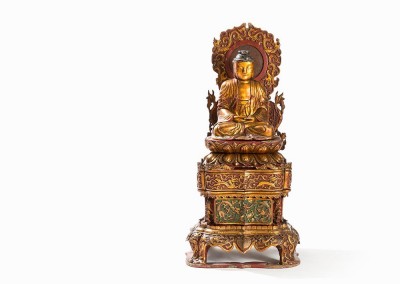 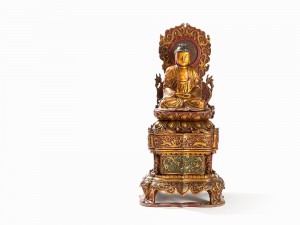