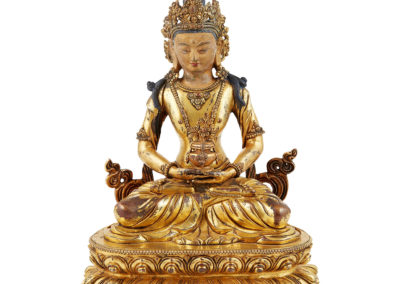 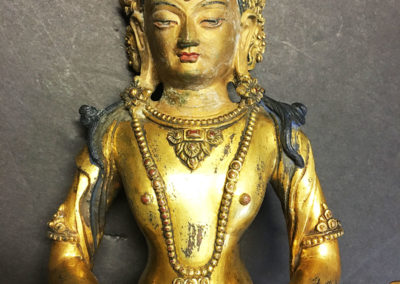 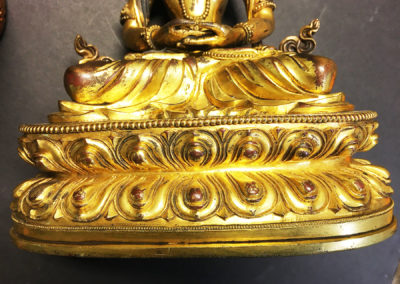 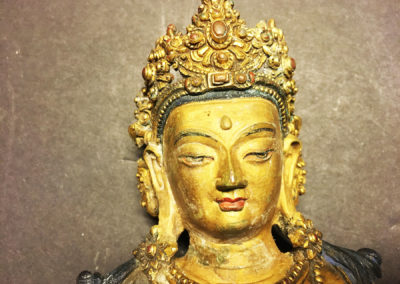 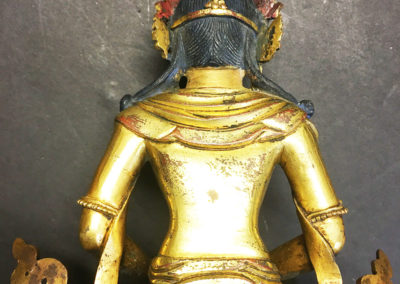 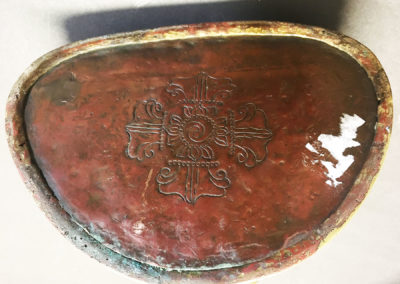 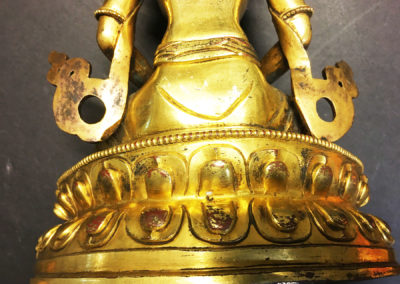 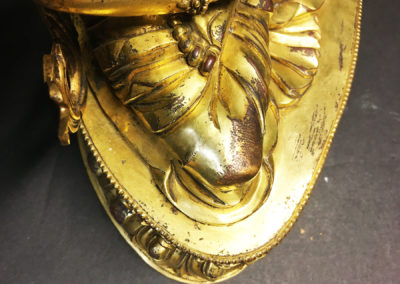 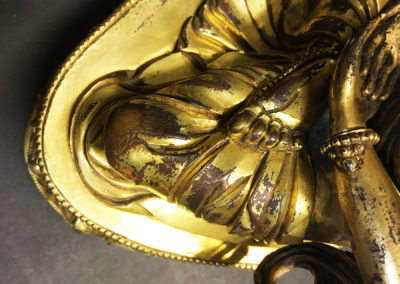 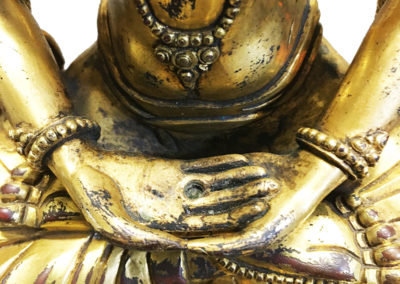 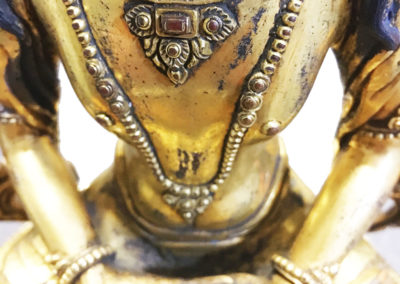 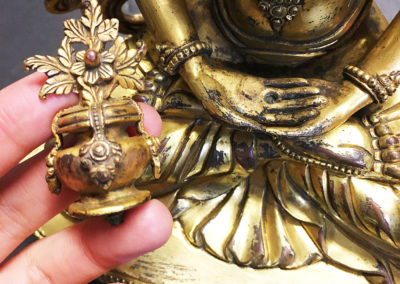 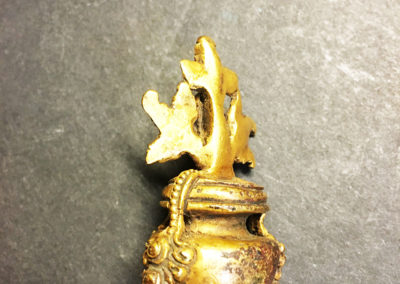 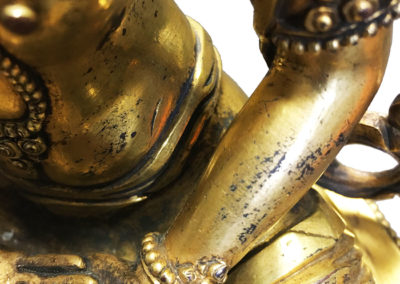 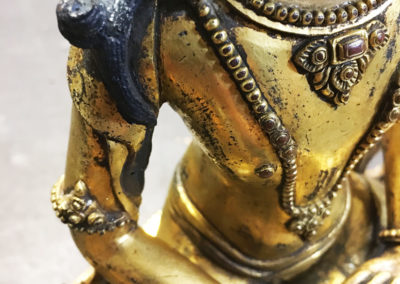 Large Gilt-Bronze Figure Amitayus. Cast seated in dhyanasana on a double lotus base, holding a treasure vase in dhyana mudra, the bodhisattva wears a dhoti, jewelled necklets, a rosary down to his abdomen and an elaborate tiara with three foliate points that surrounds his chignon topped with finial, the figure richly gilded overall, and the base engraved with a crossed vajra.

Provenance: Private UK collection
Sealed. With the original seal under the base.

Amitābha (Sanskrit pronunciation: [ɐmɪˈtaːbʱɐ]), also known as Amida or Amitāyus, is a celestial buddha according to the scriptures of Mahayana Buddhism. Amitābha is the principal buddha in Pure Land Buddhism, a branch of East Asian Buddhism. In Vajrayana Buddhism, Amitābha is known for his longevity attribute, magnetising red fire element, the aggregate of discernment, pure perception and the deep awareness of emptiness of phenomena. According to these scriptures, Amitābha possesses infinite merit resulting from good deeds over countless past lives as a bodhisattva named Dharmakāra. Amitābha means “Infinite Light”, and Amitāyus means “Infinite Life” so Amitābha is also called “The Buddha of Immeasurable Light and Life”.

Amitābha is the buddha of comprehensive love. He lives in the West (represented as a meditating Buddha) and works for the enlightenment of all beings (represented as a blessing Buddha). His most important enlightenment technique is the visualization of the surrounding world as a paradise. Those who see his world as a paradise awaken his enlightenment energy. The world can be seen as a paradise by a corresponding positive thought (enlightenment thought) or by sending light to all beings (wish all beings to be happy). After the Amitābha doctrine, one can come to paradise (in the Pure Land of Amitābha), if they visualize at their death Amitābha in the heaven (sun) over their head (western horizon), think his name as a mantra and leave the body as a soul through the crown chakra.