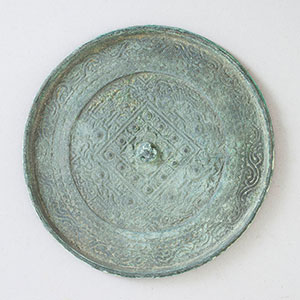 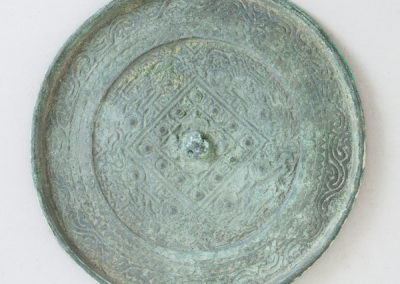 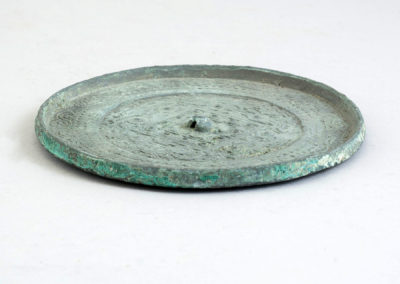 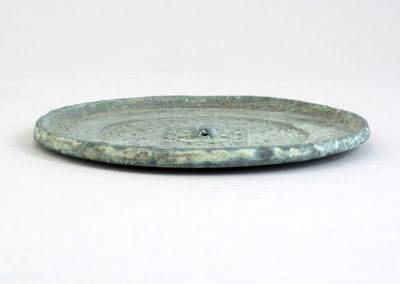 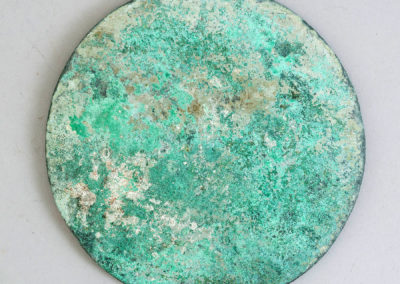 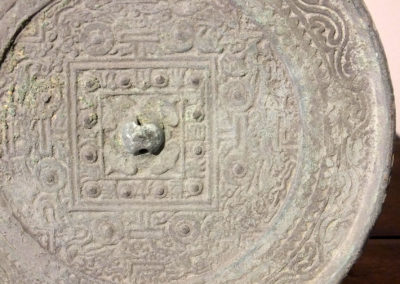 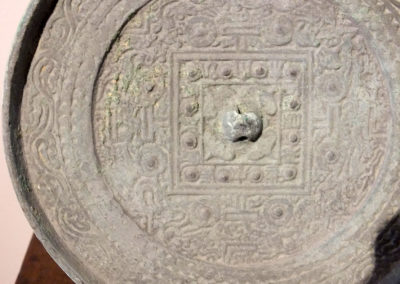 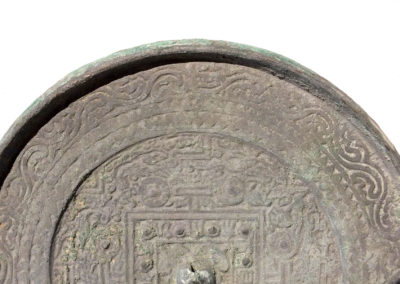 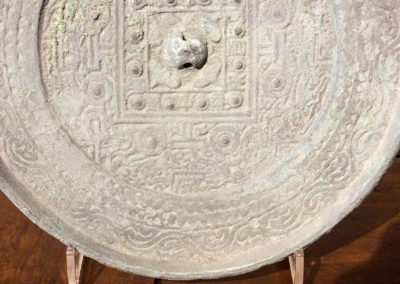 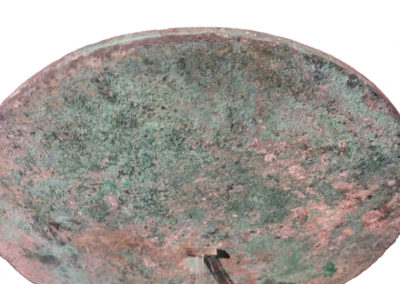 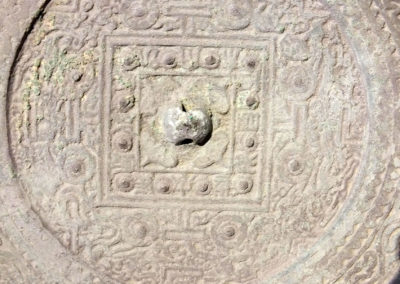 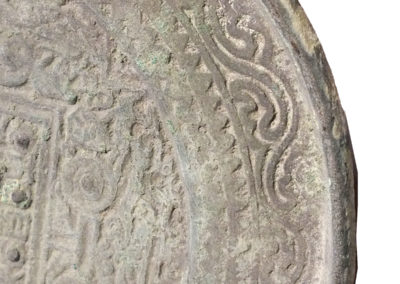 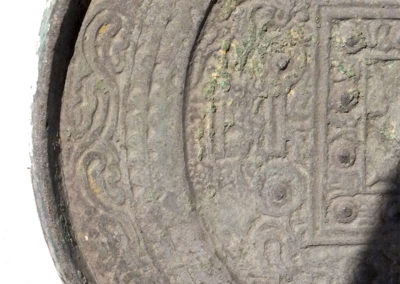 A Bronze Mirror Xin. The central knob within a quatrefoil motif and square border, surrounded by 12 nipples encircled by an inscription and hachured border, all below three different dogtooth bands on the outer rim.

*A TLV mirror is a type of bronze mirror that was popular during the Han Dynasty in China. They are called TLV mirrors because symbols resembling the letters T, L, and V are engraved into them. They were produced from around the 2nd century BCE until the 2nd century CE.

In the later part of the Western Han period, the dragons were replaced by winged figures, monsters and immortals. These new mirrors also saw the division of the main area into two separate rings, with the TLV symbols being placed in the inner part of the main area, and other decorations being placed in the outer area. By the end of the 1st century BCE, the band dividing the main area into two concentric rings had largely lost its structural function of separating the mirror into two sections. Instead it existed merely as a line, or not at all

Mirrors from the Xin Dynasty (8–23 CE) usually have an outer band with cloud or animal motifs, and an inner circle with a square containing a knob. The inner circle often contains a series of eight ‘nipples,’ and various mythological animals and being, often including the Queen Mother of the West.[5] The central square could have an inscription, or contain the characters of the Twelve Earthly Branches. Inscriptions placed in between the mirror’s sections frequently discuss Wang Mang and his reign. 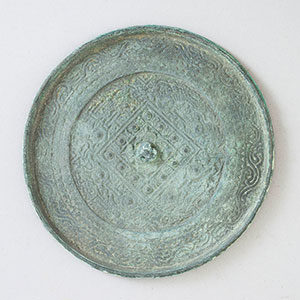