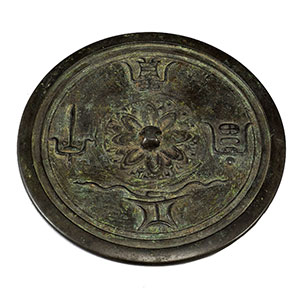 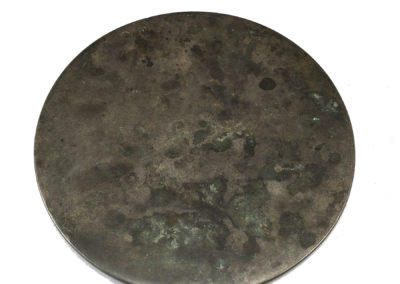 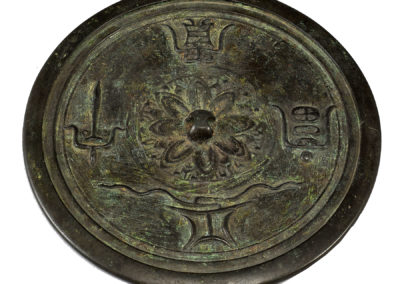 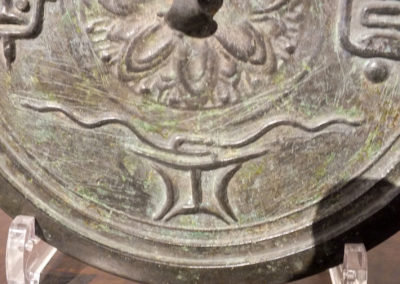 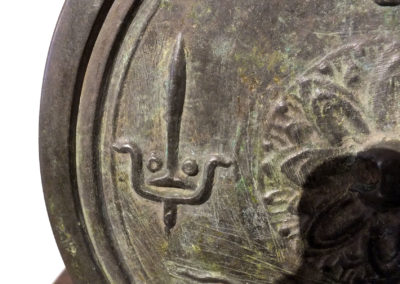 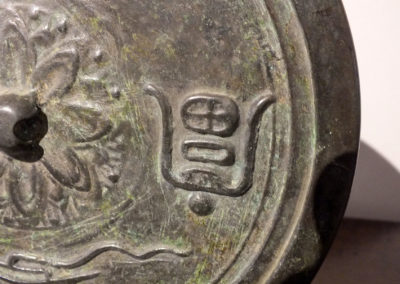 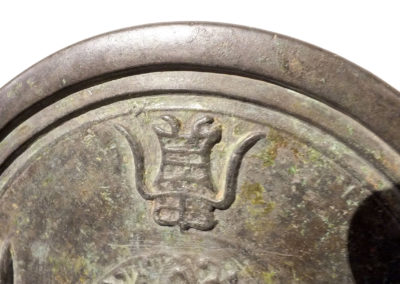 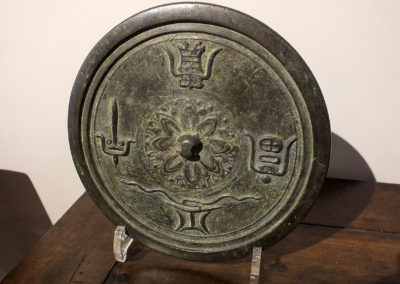 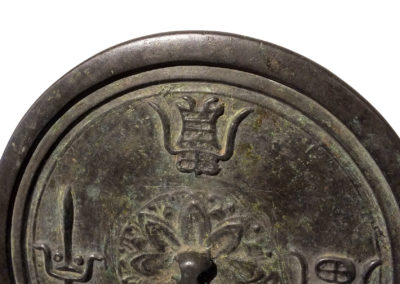 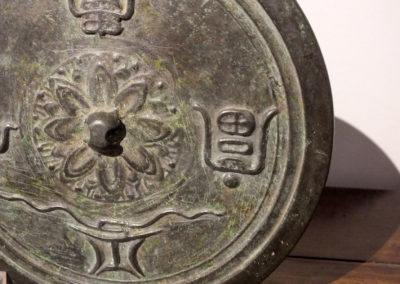 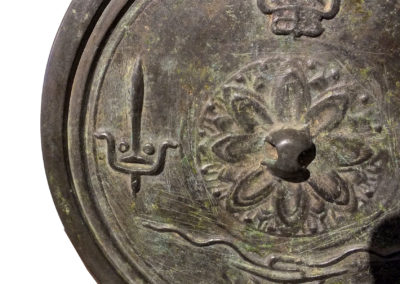 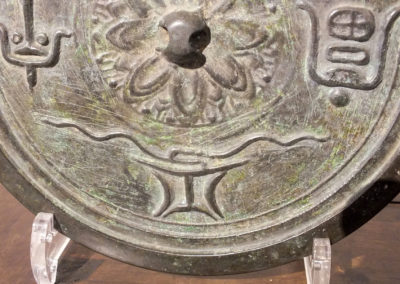 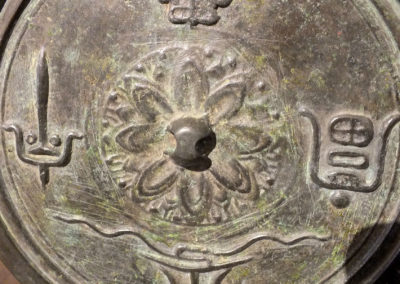 A Large Bronze Mirror. The knob situated in the center surrounded by a flower. Four large archaic symbols and an elevated rim.

– A Certificate of Authenticity from Becker Antiques (specialist in Chinese antiques since 1969, Amsterdam) will accompany the item.

As early as 2000 B.C., bronze technology was highly developed in China, and objects made from this alloy of copper, tin, and lead were considered luxury items, reserved for the aristocratic class. Among these coveted pieces were small bronze mirrors, some compact and portable enough to be held in one hand, and others large and heavy enough to require stands. Usually cast from clay molds, they were highly polished on one side, offering a reflective surface, while the other side was decorated with intricate patterns and designs that reveal an astonishing level of skill and artistry in their craftsmanship. Birds, dragons, and serpents were common motifs in the earliest mirrors. Later, more sophisticated and intricate designs included mythological figures, deities, animals of the Chinese zodiac, abstract patterns, background textures, inscriptions, enamelwork, and inlays of jade, turquoise, and mother-of-pearl.
That these mirrors were prized by their owners is evident not only in light of their fine craftsmanship but also because of related artifacts that point to how they were valued. A pottery tomb figure dating to about the first century B.C. depicts a woman gazing into a mirror while applying powder to her face. An elaborate cosmetic set includes a bronze mirror from around the first century A.D., accompanied by a silk brocade pouch, a wool powder puff, and a lacquered wooden box. Artifacts such as these, along with the mirrors themselves, provide a fascinating glimpse into the private lives of their users.

*A TLV mirror is a type of bronze mirror that was popular during the Han Dynasty in China. They are called TLV mirrors because symbols resembling the letters T, L, and V are engraved into them. They were produced from around the 2nd century BCE until the 2nd century CE.
The first mirrors with TLV symbols appeared during the 2nd century BCE, with some believing that they were related to Liu An’s astrological and cosmological interests. The dragon was an important symbol of these early TLV mirrors. In early mirrors from the 2nd century BCE, the dragons were often used as an arabesque, however by the 1st century BCE, the dragons lost their arabesque form and became full-fledged figures.
In the later part of the Western Han period, the dragons were replaced by winged figures, monsters and immortals. These new mirrors also saw the division of the main area into two separate rings, with the TLV symbols being placed in the inner part of the main area, and other decorations being placed in the outer area. By the end of the 1st century BCE, the band dividing the main area into two concentric rings had largely lost its structural function of separating the mirror into two sections. Instead it existed merely as a line, or not at all
Mirrors from the Xin Dynasty (8–23 CE) usually have an outer band with cloud or animal motifs, and an inner circle with a square containing a knob. The inner circle often contains a series of eight ‘nipples,’ and various mythological animals and being, often including the Queen Mother of the West.[5] The central square could have an inscription, or contain the characters of the Twelve Earthly Branches. Inscriptions placed in between the mirror’s sections frequently discuss Wang Mang and his reign.
Scholars are engaged in a debate as to what the symbols on TLV mirrors mean. Some scholars believe that they represent ideas from Chinese cosmology, while others believe that they could also be used to play the boardgame of liubo.
* From Wikipedia 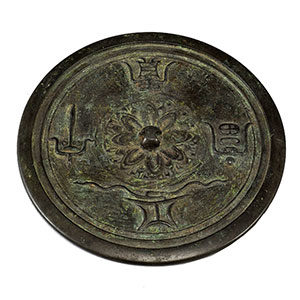