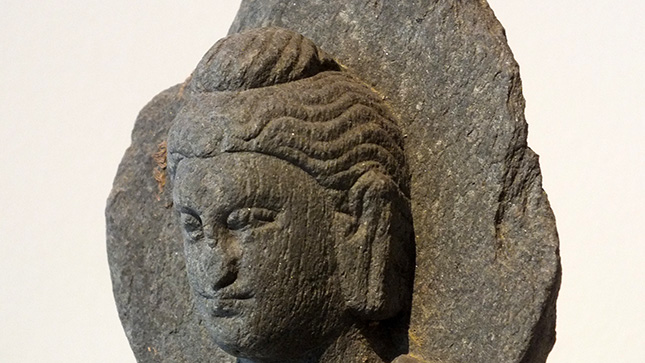 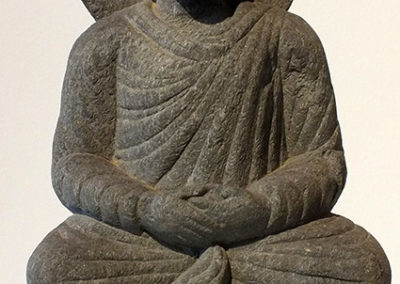 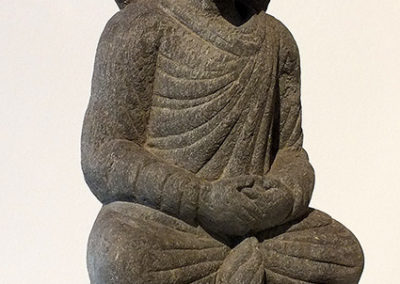 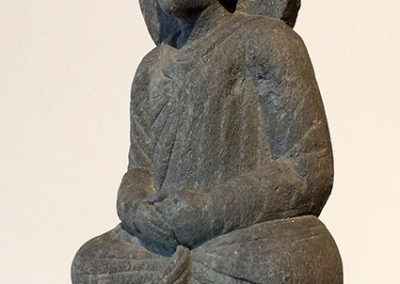 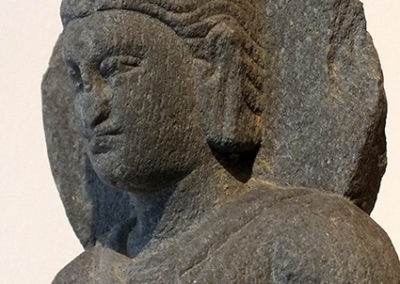 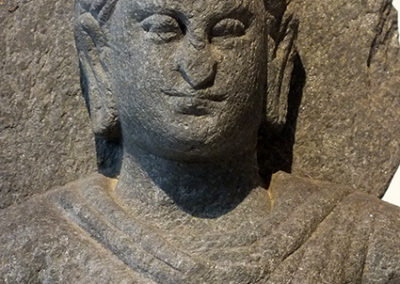 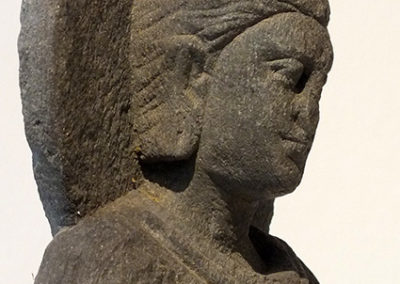 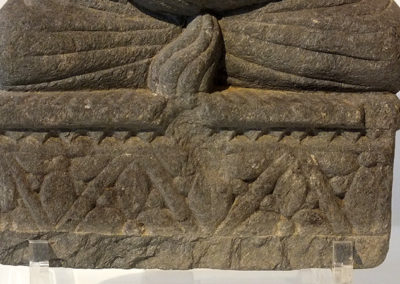 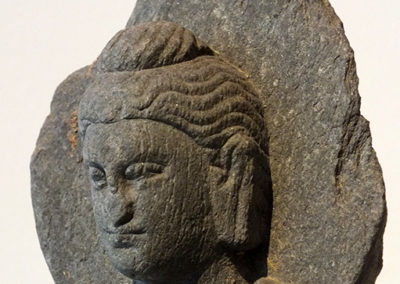 A Gray Schist Figure of a Seated Buddha

Gray Schist Figure Seated Buddha. Seated in dhyanasana with hands folded in his lap. The deeply incised folds of his sanghati flowing over both shoulders and spilling over his ankles. His face with downcast, almond-shaped eyes, his hair pulled over the ushnisha and secured with a beaded headband, backed by a nimbus.

Gandhara existed since the time of the Rigveda (c. 1500–1200 BC) and formed part of the Achaemenid Empire in the 6th century BC. As a center of Bactrian Zoroastrianism, animism, and later, Greco-Buddhism, and famed for its local tradition of Gandhara Art, Gandhara attained its height from the 1st century to the 5th century under the Kushan kings. The Persian term Shahi is used by history writer Al-Biruni to refer to the ruling dynasty[3] that took over from the Kabul Shahi and ruled the region during the period prior to Muslim conquests of the 10th and 11th centuries. After it was conquered by Mahmud of Ghazni in 1001 AD, the name Gandhara disappeared. During the Muslim period, the area was administered from Lahore or from Kabul. During Mughal times, it was an independent district which included the Kabul province. 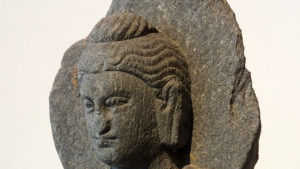